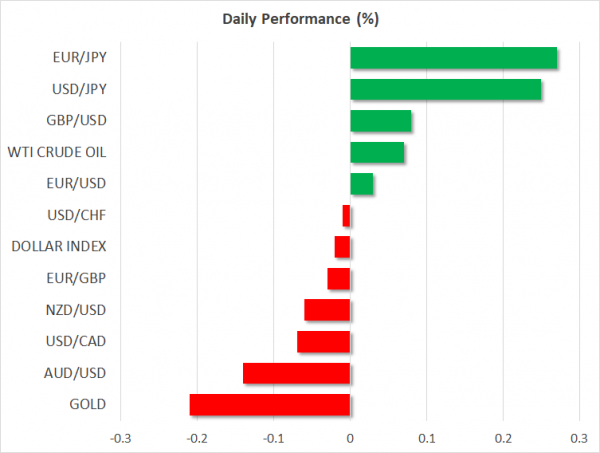 With the economic calendar lacking major releases, the trade turmoil will remain front and center as China has no intention to give up the trade game despite Trump’s recent threats. Trump threatened to escalate tensions by targeting $267 billion Chinese imports on top of the $200 billion of Chinese products which are expected to come into effect soon.

As of data releases today, US JOLTs Job Openings will gather some attention at 1400 GMT, while in Canada, the Mortgage and Housing Corporation will deliver figures on housing starts for the month of August at 1215 GMT. The number of new constructions is anticipated to tick higher by 4,000 to 210,300.

Later at 2030 GMT, the focus will turn to the API weekly oil report which will indicate changes in US crude inventories in the week ending September 3. Crude prices and the oil-linked loonie are expected to face some volatility in the wake of the data.

Brexit will also keep investors busy following worrisome remarks by the former Conservative leader William Hague on Tuesday, who said that Britain will face the “most serious constitutional crisis” for at least a century if the Chequers-Brexit deal fails. On the other hand on Monday the European Union’s chief Brexit negotiator Michel Barnier raised optimism that an agreement with the UK is “realistic” and “possible” within eight weeks.

In terms of public appearances, at 1245 GMT Riksbank Governor Stefan Ingves will discuss the Swedish central bank’s monetary policy at an event arranged by Goldman Sachs. Moreover, Russia’s President Vladimir Putin will have a meeting with Chinese President Xi Jinping. 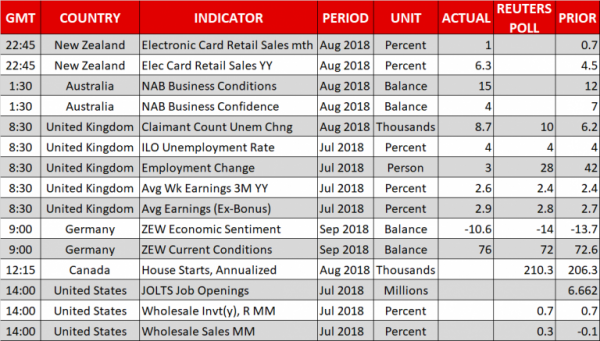