Oil appears to be finishing the week on a positive note in what will be remembered as pivotal turning point with US/Iran relations and as global growth concerns were alleviated following strong dovish signals from the Fed and ECB.

Late yesterday, the New York Times reported that US was prepared to deliver military strikes against Iran, but President Trump called it off before the orders were carried.  While Trump is trying to downplay the downing of the spy drone, tensions remain high and risks to a full-blown military conflict have gone up from 30% to 40%.

US Equities are slightly softer off the record high levels seen in Thursday trade.  The dollar is mixed in early trade, modest declines to the euro and Swiss franc, with gains to the British pound and the Aussie dollar.

Oil prices surged this week as tensions grew tremendously in the Middle East after an Iranian surface-to-air missile downed a US military surveillance drone over the Strait of Hormuz, a key passage that sees around 30% of all sea-borne trade crude.

President Trump’s decision to deliver a U-turn on military strikes should not come to a surprise.  In 2016, when he was the Republican presidential frontrunner and frequently campaigned that both sides of the aisle got caught up in too many costly, grinding wars.  He also vehemently stated he would not send our finest into battle unless necessary and if they had a plan for victory.

The President will likely keep the pressure on the Iranians, it appears we will need another provocation from Tehran to warrant a swift retaliatory measure.  Airstrikes from the US would lead to a broader conflict that could see an immediate 10% spike in oil prices. 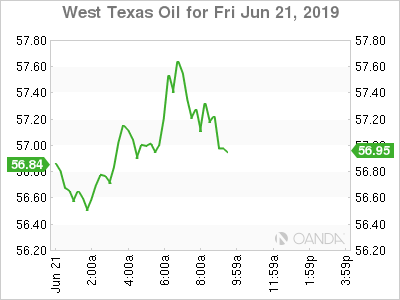 Gold prices are roaring higher for a plethora of reasons and it appears it will take a lot to derail the return of sentiment.  The yellow is poised for its best week in three years on fresh stimulus expectations from central banks and rising risks that the US and Iran are possibly headed to war.  If the major dollar reversal occurs, led by multiple rate cuts from the Fed, gold could possibly target $1,600 an ounce. 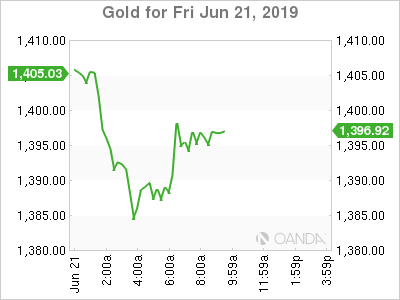 Protests are not going away anytime soon, despite governments attempt soothe the situation.  Hong Kong’s government downtown headquarters will be closed as several hundred thousand protesters seek Chief Executive Carrie Lam’s resignation and the complete removal of the bill that would allow extraditions to China for the first time.

Expectations are for Lam to fulfill her term, as a resignation would be a crushing defeat for Beijing.  A Lam departure would lead to chaos as mass resignations would follow, possibly crippling the pro-establishment camp setup in Hong Kong. 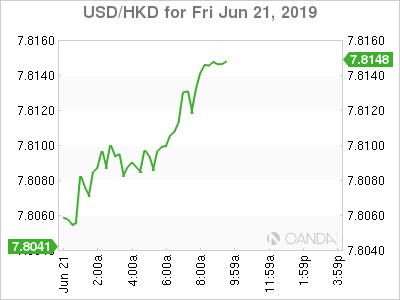