‘It does look as though those cuts have done their job. But we’re just approaching a new interest rate decision so I don’t want to prejudge.’ — Stephen Poloz, Bank of Canada

The Bank of Canada Governor Stephen Poloz reported on Tuesday that interest rate cuts made in 2015 after the sharp oil price drop had done their job. Back in 2015, the Bank’s key interest rates were cut twice but a distinctly more hawkish tone recently from policymakers in recent days has boosted the probability of a rate hike by the end of this year. The chance of a July rate hike climbed to 43% on Wednesday from 30% the day before. Poloz said that the country’s major regions had been experiencing strong growth, however, the economic development phase differed from place to place. Also, he said that despite unexpectedly strong economic performance during the March quarter, economic growth would likely moderately slow in the upcoming quarters. Apart from that, the BoC Governor noted that the United States were two years ahead of Canada because of the recent oil price shock that forced the Bank to cut rates. In addition, Poloz said that uncertainty of the NAFTA’s fate was putting downward pressure on businesses, adding that the NAFTA agreement was very crucial for the Canadian economy. 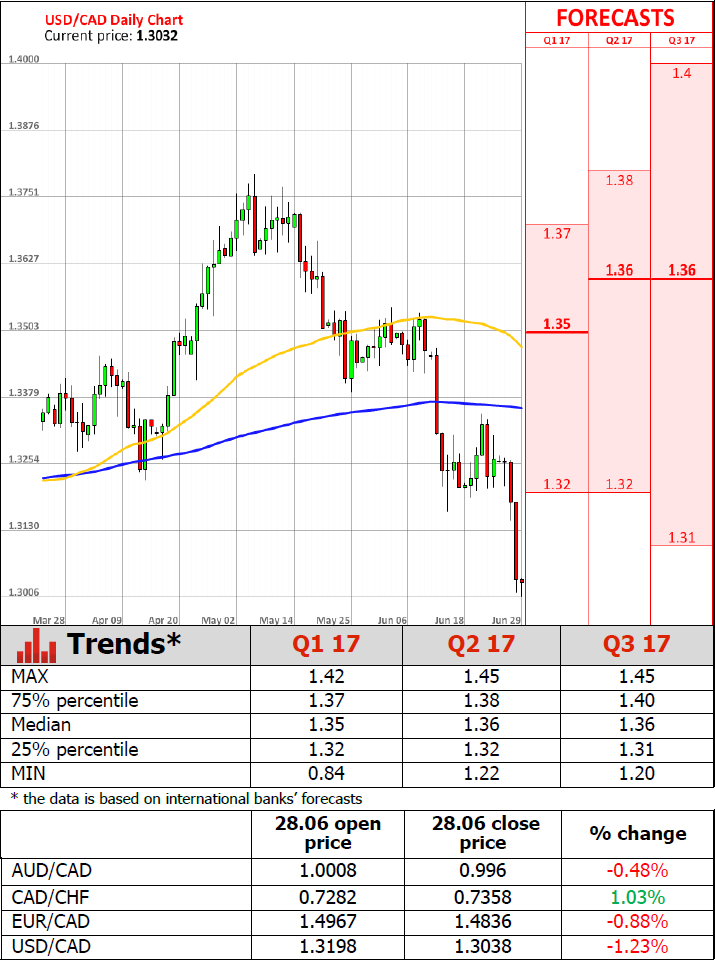