Inflation concerns will likely be front-and-center at the Bank of Canada meeting next week. Near-term GDP growth has fallen short of the BoC’s forecast, with Q2 output coming in weaker than expected. Currently, Q3 is also tracking below the bank’s expected 7.3% increase. The BoC will point to persistent supply chain constraints as a drag on near-term growth and as a contributor to rising consumer prices. The key question is how long inflation will remain above the bank’s 1% to 3% target range— it was 4.4% above year-ago levels in September.

Prices aren’t expected to reverse recent increases—and Governor Macklem has acknowledged that CPI growth rates are likely to remain higher for longer than expected. The BoC will likely point to its Q3 business and consumer expectations surveys in which respondents anticipated moderation in price growth over the medium term. There’s little domestic monetary policy can do to counter global supply chain challenges and rising commodity prices. But the strengthening jobs market and inflation numbers suggest the economy is sturdy enough for the central bank to continue reducing monthly asset purchases. The BoC has said it will not hike interest rates until economic slack has been absorbed. Weaker GDP data in the near-term suggests that could happen later than previously thought. However, given a tightening labour market and higher inflation, the BoC will likely hold its position that rates will rise in the second half of next year. If anything, the risk is tilted toward rate increases kicking off even earlier. 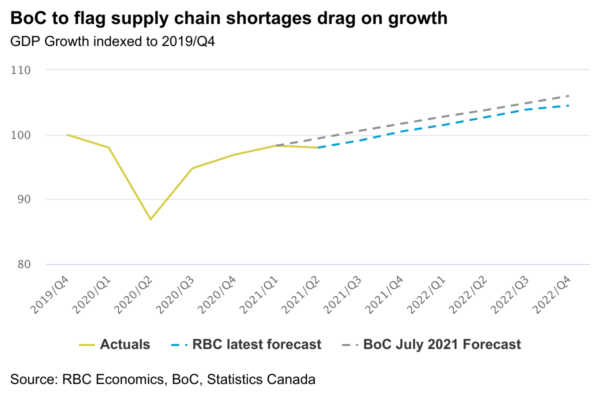 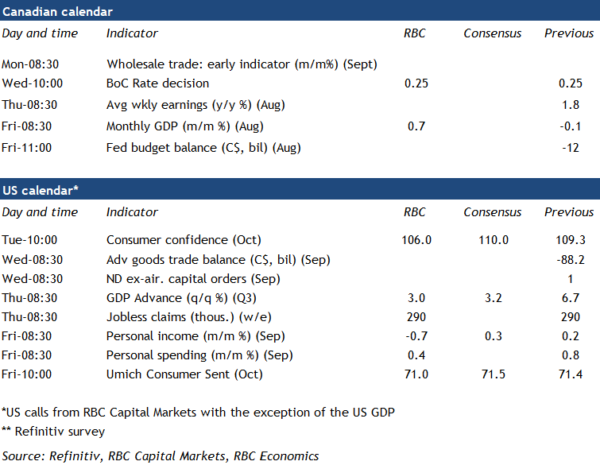