On Thursday, the USD/JPY currency pair traded sideways around the 107.50 level. During today’s morning, the pair maintained its consolidation.

Given that the exchange rate is pressured by the 55-hour moving average near 107.50, it is likely that some downside potential could prevail in the market. In this case the rate could target the support formed by the Fibo 38.20% and the weekly PP at 106.90.

Meanwhile, note that the currency pair could gain support from the 200-hour moving average near 107.30. Thus, it is likely that the US Dollar could consolidate against the Japanese Yen in the short term. 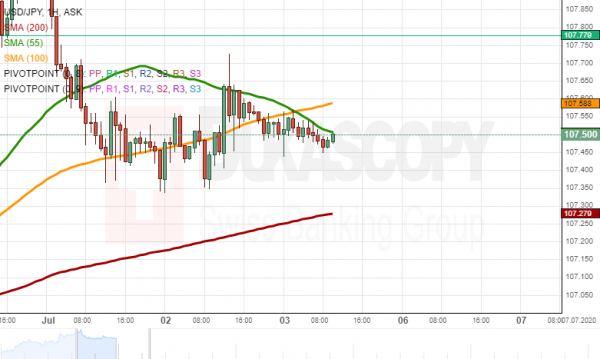