The USD/TRY pair has been mostly affected by the fundamentally economical, damaging reforms of the Turkish government. Moreover, recent events in the Turkish bond market have massively increased volatility.

However, rather incredibly the currency rates sudden decline began in consistency with the long term ascending channel pattern, which represents the surge of the recent months.

In accordance with the pattern, the US Dollar should decline against the Lira until it reaches the support of the channel. It could occur in any way, as the support can be touched by trading downwards, sideways or even going higher. 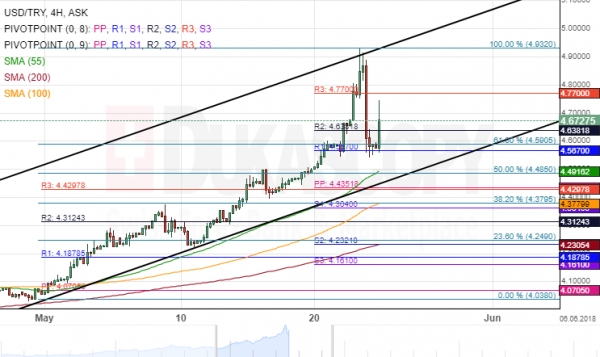