AUD/USD’s reaction to the data is rather muted. Further rise is in favor with 0.7139 minor support intact. But so far, AUD/USD bulls are continuing to hesitate to respond to positive news. 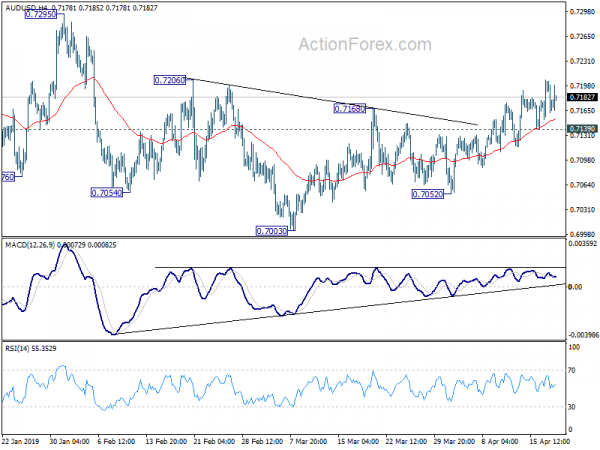