Regarding the new coronavirus outbreak in China, WHO Emergency Committee panel chair Didier Houssin said it’s a “bit too early” to consider it a”Public Health Emergency of International Concern.” It’s now just “an emergency in China”. And, “it has not yet become a global health emergency. It may yet become one.”

As of the situation in China, according to government data, death toll reached 25, with number of confirmed cases exceeding 800. Ten cities in Hubei province are now locked up, with public transportation restrictions, including Wuhan, Huanggang, Xianning, Qianjiang, Xiantao, Ezhou, Chibi, Huangshi, Enshi and Zhijiang. 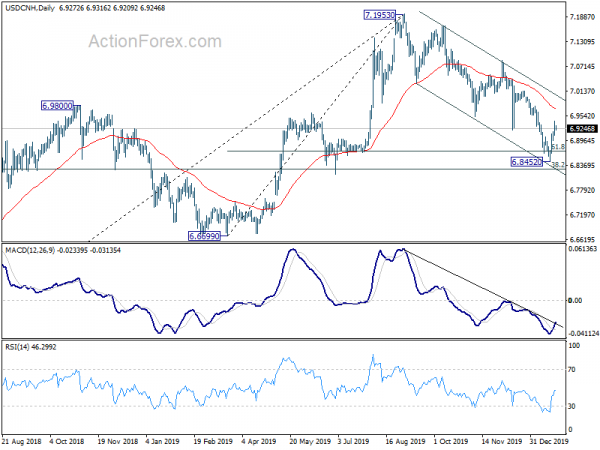 US Dollar Retreats On Equity Rally

USD/CNH: Remain Under Pressure Despite A Modest Rebound