The latest data revealed that China’s economy continued to lose momentum. The PMI report from the National Bureau of Statistics (NBS) showed disappointment in both manufacturing and services activities. Stability of the renminbi (a.k.a. Yuan, CNY) is mainly due to government’s control and is not reflective of the headwind the economy is facing. We expect the People’s Bank of China (PBOC) would lower the reserve requirement ratio later this year, possibly followed by rate cut. Policy divergence from the Fed suggests further downside for the country’s currency. 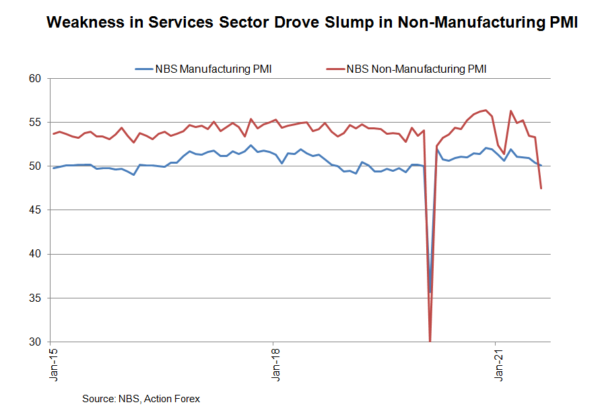 The non-manufacturing PMI slumped to 47.5 in August from 53.3 in the prior month. The market had anticipated a milder decline to 52. A reading below 50 signals contraction in activities. While non-manufacturing activities are further divided into services and construction, the sharp decline this month was mainly driven by the former. The services PMI sank to 45.2 from July’s 52.2. The lockdown measures affected various industries, especially those require frequent contact with customers such as highway/air transportation, accommodation and catering. By contrast, the construction PMI improved to 60.5 in August to 60.5 from 57.5 previously.

The report also gives us a glimpse of China’s job market and inflation. The employment sub-index for the manufacturing sector stayed flat at 49.6 in August while that for non-manufacturing activities was above 50. The latter mainly reflects improved conditions in the construction sector. Inflation pressure appears to have moderated. The manufacturing “input cost” slipped -1.6 point to 61.3, while “output price” was down -0.4 point to 53.4 in August. Note that the output price of petroleum, coal and other fuels, smelting and pressing of ferrous metal each slumped more than 12 points and were all below 50 in August, resulting from regulatory measures to crack down commodity prices.

Overall, the PMI report suggests that China’s growth momentum continued to decelerate in August. As we mentioned in a previous report, it should take several months for the economic impacts of July’s flood and the resurgence of the pandemic to be reflected in the economic data, followed by government actions.

The PBOC released a statement last week, pledging to use monetary policy tools to stimulate the economy, including the reserve ratio, and re-lending and re-discounting measures for rural developments. We expect that further reduction in RRR would come in a week or two. In April 2020, the central bank cut the RRR by -1 ppt for rural financial institutions and regional commercial banks, releasing RMB 400B of liquidity to the market. Meanwhile, Governor Yi Gang also pledged to boost credit support to the economy and improve efforts to bring down real lending rates for businesses.

The PBOC has been keeping its policy rate, the one-year loan prime rate (LPR), unchanged at 3.85% for 16 months in August. The five-year LPR also stays at 4.65%. Should RRR reduction and other liquidity injection tools prove insufficient to boost the economy, the central bank would be obliged to adopt an outright rate cut. This would exacerbate the monetary policy divergence with the Fed, sending renminbi further lower. 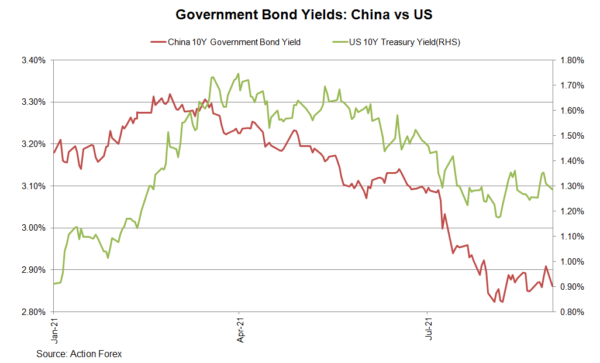 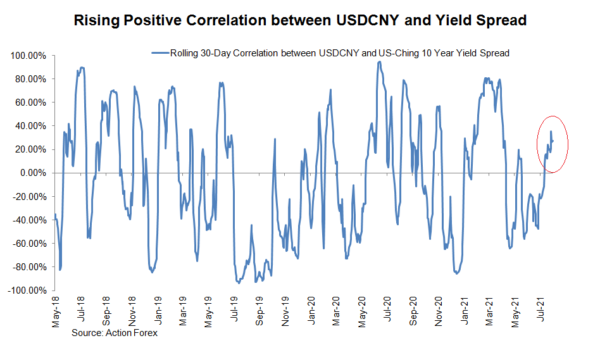