Euro has been strong most of the day as Italian political risk temporarily receded. Stronger than expected Eurozone CPI reading also provided some support to the common currency. But it’s Yen that’s taking the spotlight again in early US session on risk aversion. DOW opened losing triple digits and stays in red after US announced the decision on steel and aluminium tariffs on Canada, Mexico and the EU. The temporary exemption will expire at midnight. 25% tariffs on steel and 10% on aluminum will then be imposed. For now, Canadian Dollar is having the biggest reaction to the decision with USD/CAD trading back above 1.2950. The pair could have its sight back on 1.3 handle.

US Commerce Secretary Wilbur Ross said earlier that “if there is an escalation it will be because the EU would have decided to retaliate.” No matter whether Ross believes in what he said or not, the tension has already escalated. And now it’s time for the EU, Canada and Mexico to announce their retaliation in response to escalation of trade tension by the US.

From Canada, GDP grew 0.3% mom in March, in line with expectation.

German Chancellor said today in Lisbon that European Union will give a “smart, determined and jointly agreed” response to the US is Trump decides to impose steel and aluminum tariffs on them.

She noted “we don’t know the decision yet but if tariffs were to be imposed, then we have a clear stance within the European Union.” And she added “we are convinced that these tariffs are not in line with WTO rules.”

The temporary exemption of US steel and aluminum tariffs will expire tomorrow. It’s widely reported that US will decide to start imposing tariffs on Mexico, Canada and the EU. And the decision would be announced today.

Reactions in the Euro is relatively muted as the higher than expected inflation was actually expected after upside surprise in both German and French CPI reading. Nonetheless, the solid rebound in inflation in Q2 should have eased much of ECB policy makers’ worries. The data add to the case for completing the asset purchase program this year. The question is whether it would end after September. President Mario Draghi could give some hints at the June 14 press conference.

The China official PMI manufacturing rose to 51.9 in May, up from 51.4, and beat expectation of 51.4. PMI non-manufacturing rose to 54.9, up from 54.8 and beat expectation of 54.8. In the release, contributing analyst Zhang Liqun noted that the slight increase in PMI was just “short-term fluctuation” and carries “no trend significance”. The rise in export orders showed there is no chance in the growing trend. Rise in purchase prices and ex-factory prices suggested that the decline in PPI could be coming to an end. In short, the data suggested that the economy continued to grow steadily in May.

New Zealand ANZ business confidence dropped to -27.2 in May, down from -23.4. That is, a net 27% of businesses are pessimistic about the year ahead. Views on their “own activity” also dipped from 18 to 14. ANZ noted in the release that “the survey made for fairly uninspiring reading this month, with all aggregate activity indicators flat to falling. The economy still has good tailwinds in the form of fiscal stimulus and the record-high terms of trade, but may be tiring nonetheless.” Meanwhile, ANZ’s composite growth indicator, a combination of business and consumer confidence, is consistent with around 2% y/y growth. 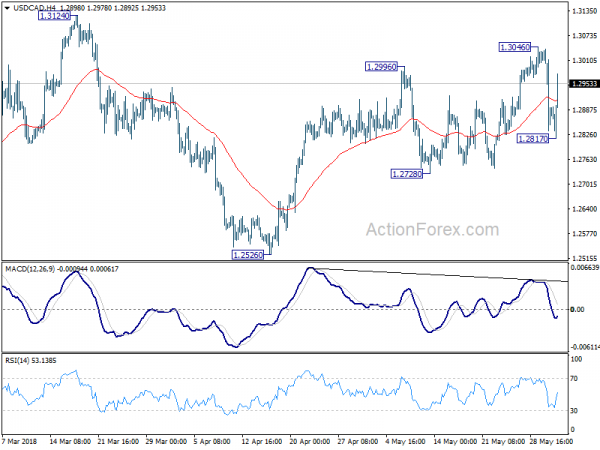 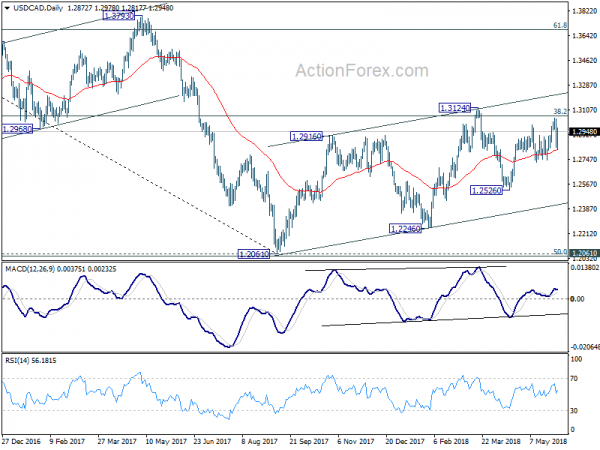