Australian and New Zealand Dollar are trading as the weakest ones today. Nikkei’s sharp, over -2% decline led Asian markets lower. Risk aversion is popping up the Japanese Yen. For today, Canadian Dollar is the second strongest, followed by Dollar. For the week, though, Sterling is the worst performing one so far as UK Prime Minister Theresa May failed to calm the markets with her parliamentary session. Euro is mixed as Italy budget concerns weigh.

Technically, AUD/USD’s solid break of 0.7088 minor support now suggests that recent down trend might be ready to resume. Retest of 0.7040 low should be seen soon. Other dollar pairs are generally in consolidative mode. While USD/JPY extend the rebound from 111.62, upside momentum has been very unconvincing. USD/CAD also faced resistance from near term falling channel and turned sideway. GBP/JPY will be a pair to watch today as it breached 145.81 temporary low already. 145.67 key structural support is in radar.

Trump talked about the plan to give middle class 10% tax cut yesterday. He said “we’re putting in a resolution some time in the next week and a half to two weeks [and] we’re giving a middle-income tax reduction of about 10 percent.” He insisted that the plan will go through Congress rather than executive order. And the vote will be done after mid-term election.

But the initiative is widely criticized as unsubstantiated as Republican congressional leaders and White House officials were reported to have heard nothing about the plan. Additionally, Congress is in recess ahead of mid-term election and there is no plan to return to Washington for the matter.

White House spokeswoman Lindsay Walters clarified yesterday that “as part of Tax Reform 2.0, the first elements of which were passed the House in September, the President would like to see an additional tax cut of 10% for middle-income families.” That effectively confirmed that the idea of 10% tax cut is something entirely new.

The three bills of the so called Tax Reform 2.0 was passed in the House in late September. And it’s already facing a tough batter in the Senate. It is seen as nearly impossible to add additional deficit ballooning 10% tax cut to the plan and get through either House or Senate. The claimed 10% tax cut for the middle class is seen as campaign gimmick rather than anything with substance.

European Commission is set to discuss the actions regarding Italy’s draft budget today. Italy sent a three-page letter to the Commission yesterday, explaining its position on the budget, but without directly addressing the questions as presented by the Commission’s letter to them. Instead, Economy Minister Giovanni Tria tried to pain the budget plan, raising deficit target to 2.4% of GDP, as a “hard but necessary” decision after considering “macroeconomic and social conditions”. Prime Minister Giuseppe  Conte, also expressed the willingness for a “constructive dialogue” but reject any prejudice.

European Commissioner for Economic Affairs Pierre Moscovici emphasized the “the European commission does not want a crisis between Brussels and Rome.” But he added that “the maximum that we can do … is to ask Italy to resubmit another budget, which takes account of the observations, of the questions, and also of European rules.”

While attentions are mainly on the top line 2.4% of GDP deficit target, there are other issues that are yet to be addressed by Italy. In particular, the Italian government forecasts the economy to growth 1.5% in 2019, based on the budget. However, as the Commission pointed out in its letter, the plan has not been endorsed by any “independent fiscal monitoring institution”, like the Parliamentary Budget Office. And that’s a breach of EU rules. The growth projection is the basis for deficit target calculation and Italy has to either ask the PBO to reveal and endorse it, or explain why they just come up with the numbers on their own.

UK May: Brexit transition extension or backstop is a sovereign choice

Speaking to the Parliament yesterday, UK Prime Minister Theresa May outlined four more steps to complete the remaining 5% of Brexit agreement with the EU. Those include a firm commitment to EU-UK temporary customs arrangement; an option to extend the implementation period as alternative to Irish backstop; the flexibility for the UK to leave as will; and, ensuring full access for all of Northern Ireland business to the Great Britain.

May added that both the option of transition extension and backstops only insurance policy and are undesirable. And the best outcome is for the future arrangement to be in place by December 2020. And she added that it would be a “sovereign choice” on whether an extension or a UK-EU customs backstop would be preferable.

May also said that “95 per cent of the Withdrawal Agreement and its protocols are now settled.” But Labor leader Jeremy Corbyn criticized that “nothing is agreed until everything is agreed.” 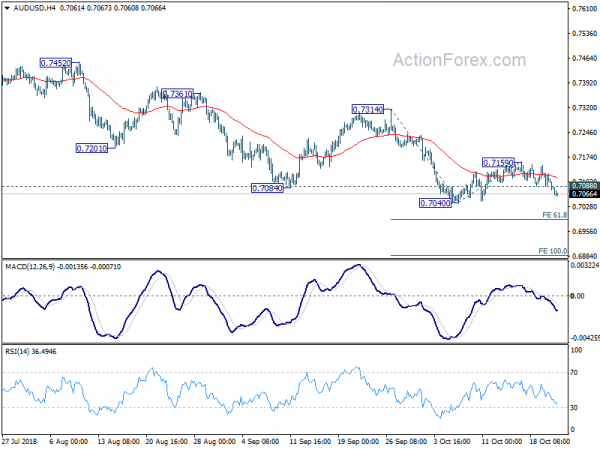 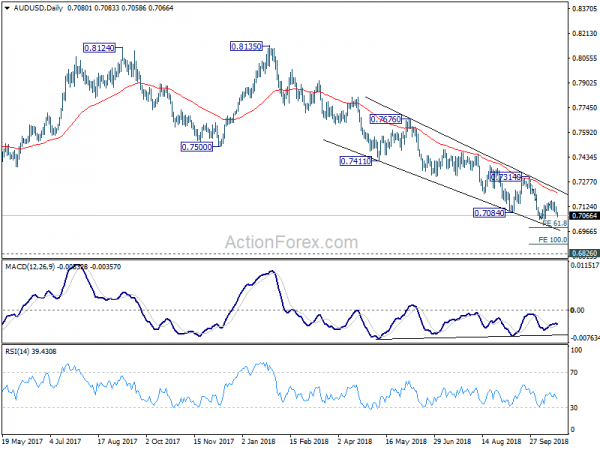 Italy industrial output rose 42.1% mom in May, well above expectations

AUD/USD Flirts With The 70-Mark, What’s Next?