US stocks open slightly lower today while major European indices are trading in red. But it’s too early to say if risk aversion in back. US-China trade war is the biggest risks to the global economy and there is no end insight. Instead, it’s reported that US is going to extend the sanctions on Huawei to video surveillance firm Hikvision. Treasury Secretary Steven Mnuchin also indicates that there is currently no plan to travel to China to resume trade negotiations yet.

On the other hand, China continues their hard line rhetoric, with Xi calling for the country to prepare for the “new Long March” to overcome “major risks and challenges. Top diplomat Wang Yi condemned that “the use of US power to suppress China’s private enterprises, such as Huawei, is typical economic bullying.” There is no sign of softening from both sides.

In the currency markets, Swiss Franc and Yen are both broadly higher today, probably helped by weakness in stocks and yield. Though, Canadian Dollar is also strong together, as boosted by upside surprises in retail sales data. Sterling remains the weakest ones. UK Prime Minister Theresa May’s PMQ did nothing to help her on the “new” Brexit bill, which was rejected by a majority of MPs. Pound was also weighed by weaker than expected CPI reading. Kiwi and Aussie follow as next weakest.

Focus will turn to minutes of May 1 FOMC meeting. Back then, Fed decided to keep interest rates unchanged and more importantly, chair Jerome Powell indicated there is no need to adjust monetary policy in either direction for the near term. Markets would like to dig into details of discussions that might hint on the chance of rate cuts. But based on recent comments by Fed officials, it’s likely to have some strong voices for rate cut during the meeting. Fed policymakers have been generally patient and talked down the imminent need of rate cut.

Technically, USD/CAD drops through 1.3376 support after the retails . But at the point, current fall is seen as part of consolidation pattern from 1.3521. Hence we’d expect strong support above 1.3274 to contain downside. GBP/USD is extending recent decline while EUR/GBP is extending recent rise. GBP/JPY could soon follow by breaking 139.54 temporary low. Selloff in USD/CHF today kept the pair well below 1.0126 resistance That also reaffirm that fall from 1.0237 is still in progress and could resume through 1.0050 temporary low soon.

Canadian Dollar jumps notably after stronger than expected retail sales data. Headline sales rose for the second consecutive month, up 1.1% mom. to CAD 51.3B in March, above expectation of 1.00%. Ex-auto sales was even stronger, up 1.7% mom versus expectation of 0.8% mom.

ONS noted that rising energy prices and air fares, which were influenced by the timing of Easter, produced the largest upward contributions to change in the rate between March and April 2019. The largest, offsetting, downward contribution came from across a range of recreational and cultural items, which included computer games and package holidays.

Italy’s Istituo Nazionale di Statistica (Istat) EU downgrades the country’s growth forecast in 2019 significantly. It now projects GDP to grow just 0.3% in real terms. Back in November, it projected GDP to grow 1.3% in real terms. Domestic demand is expected to provide 0.3% to GDP growth (1.3% projected in November). while foreign demand and inventories will provide a null contribution.

Separately, Deputy Prime Minister Matteo Salvini said “must get out from the cage”, as EU policy over the past decade had brought “precariousness and despair”. He criticized that budget rules limiting the deficit and debt should be removed to free up the bloc’s economies.

BoJ dove Yutaka Harada said today that “the economy has been weak recently, and the same can be said about prices”. Also, “there’s a risk the current sluggishness observed in prices will spill over to inflation expectations, further delaying a pick-up in inflation.” In addition, “the impact of the consumption tax hike scheduled for October this year also is a concern.”

Harada warned “if the economy deteriorates to the extent that achieving our price target in the long-term becomes difficult, it’s necessary to strengthen monetary easing without delay.” He also dismiss claims that the ultra-loose monetary policy hurts banks’ profits. He said “the deterioration of banks’ profitability is actually caused by a structural problem, which is that they are accumulating deposits despite a lack of borrowers.” 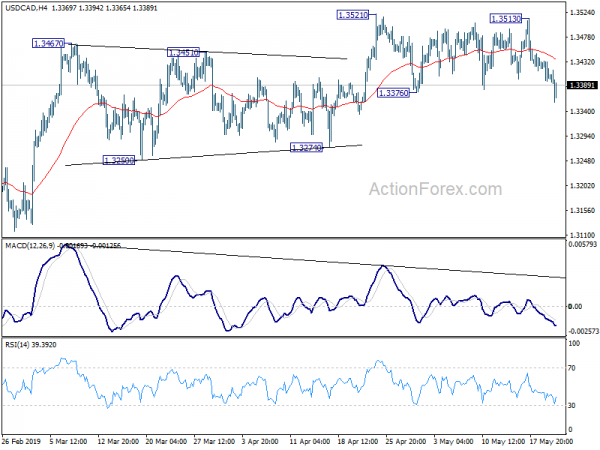 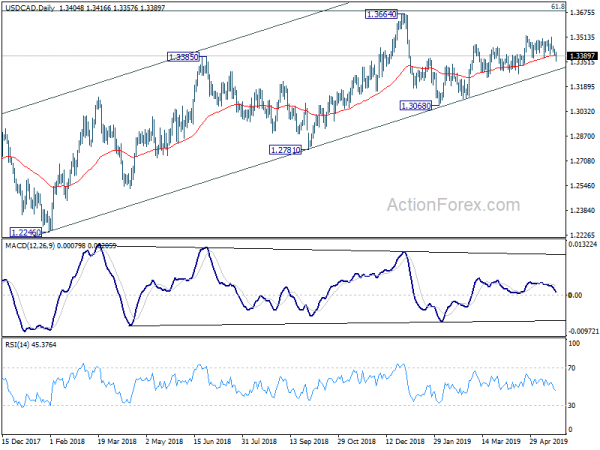