Investors turned generally cautious again after Bloomberg came back with another report that US is on ways to further scrutinize index providers’ decision to add Chinese firms that could be material risks for investors. The administration believed that Americans are harmed by channeling funds into Chinese companies which pose national security threats the US, and are involved in human-right violations. The news came a day after US blacklisted 28 Chinese companies, including surveillance technology company Hikvision, for they involvements in Xijiang. Atmosphere for top level trade negotiations later this week is tensing up.

For now, Sterling is the weakest one for today after EU warned UK not to play stupid blame game on Brexit negotiations. Dollar is the second weakest, followed by Canadian. New Zealand Dollar is the strongest, followed by Swiss Franc and Yen. technically, GBP/USD’s break of 1.2204 suggests resumption of fall from 1.2382 towards 1.1958 low. GPB/JPY is on track to 126.54 low too. USD/JPY is back under some selling pressure after rejection by 4 hour 55 EMA. Focus is back on 106.48 temporary low.

US PPI and core PPI slowed in September, missed expectations

European Council Donald Tusk warned Johnson that “what’s at stake is not winning some stupid blame game”. And, “at stake is the future of Europe and the UK as well as the security and interests of our people”. “You don’t want a deal, you don’t want an extension, you don’t want to revoke, quo vadis?”

European Commission spokesperson Mina Andreeva reiterated that “The EU position has not changed, we want a deal, we are working for a deal with the United Kingdom and under no circumstances will we accept that the EU wants to do harm the Good Friday Agreement. The purpose of our work is to protect it.”

UK Department for International Trade announce an update to the “temporary tariff regime” today, in response to feedback from industry and consumer groups. Under the regime, 88% of total imports to the UK by value would be eligible for tariff free access, in case of no-deal Brexit. The revised plan applies tariffs to additional clothing products and adjusts levies on bioethanol to retain support for UK producers of the fuel.

Japanese Prime Minister Shinzo Abe told the parliament that he expected BoJ Governor Haruhiko Kuroda to make appropriate monetary policy decisions. And Kuroda would weigh the costs and benefits of each step. According to recent comments from BoJ officials, the country is facing risk that momentum towards price stability is undermined. And there will be re-examination of the economic and price trends at the upcoming meeting.

China Caixin Services PMI dropped to 51.3 in September, down from 52.1 and missed expectation of 52.9. PMI Composite Output Index rose from 51.6 to 51.9. Slower growth in services activity was offset by stronger expansion of manufacturing output. Total new work rises at fastest pace since February 2018. Job creation in service sector leads to strongest increase in composite employment since January 2013.

Zhengsheng Zhong, Director of Macroeconomic Analysis at CEBM Group said: “China’s economy showed signs of marginal recovery in September, as the labor market improved and domestic demand increased at a faster pace. However, fluctuations in exchange rates, and rising costs of labor and raw materials increased pressure on companies, which restrained business confidence. Due to previous destocking and capacity-reduction activities, constraints on companies’ production capacity became more severe and backlogs of work increased noticeably, which will help companies restore their investment. After a fast slowdown in previous quarters, China’s economic growth began to show signs of stability.”

Alan Oster, NAB Group Chief Economist “The results of the September survey suggest more of the same for the business sector. Conditions edged up, and confidence was marginally lower, but both remain below their long run average – well below the levels seen just over a year ago. This suggests that activity in the business sector has slowed and we fear the risk that this spreads to both investment and employment intentions”.

And: “We continue to watch the business sector closely – the housing downturn and the weakness in the retail sector are likely to continue to play out further, adding to private sector weakness in the economy. Rate cuts will help but will lag and with a weak consumer and higher global uncertainty, we are unlikely to see a material improvement in the short-term”. 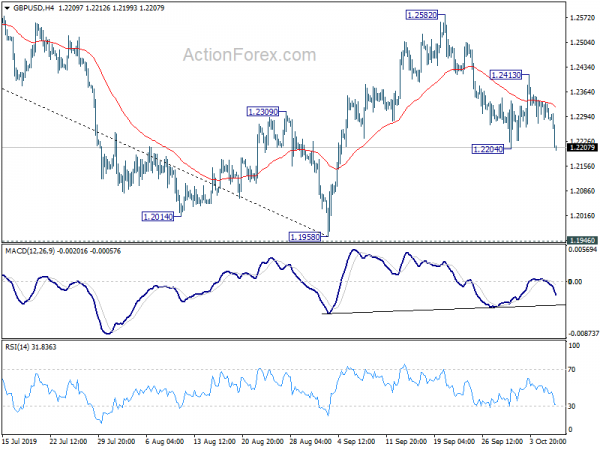 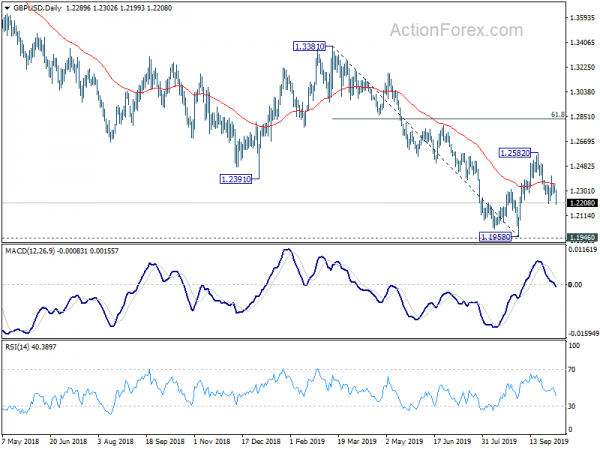