Dollar Boosted by Yields, Canadian Weighed Down by Job Data

Dollar rises broadly today and it’s set to end as the strongest one. Strong rally in treasury yield, with 10-year yield now at 1.95, is giving the green back solid support. Stock futures point to mixed open, but could easily extend recent record run if there is more positive news regarding US-China trade deal before close. As for today, commodity currencies are generally pressured. In particular, Canadian dollar is weighed down by weaker than expected job and housing data.

Technically, USD/CAD breaks 1.3208 temporary top to resume rise from 1.3042. That’s another sign of Dollar strength following EUR/USD, USD/JPY and USD/CHF. Ideal, we should seen AUD/USD heading back to 0.6809 minor support next week to align the outlook with other Dollar pairs. GBP/USD would likely be the only exception, as it should remain consolidative, awaiting UK election next month.

In the Monetary Policy Statement, RBA said the economy is “gradually coming out of a soft patch” with GDP growth recovering. Outlook is largely unchanged from three months again, supported by low interest rates, tax cuts, ongoing infrastructure spending and upswing in house prices. Labor markets “has been resilient”, but unemployment will still be “somewhat short of” estimated full employment rate of around 4.5%. Inflation remains “low and steady”, and it’s expected to pick up “only gradually”.

RBA also noted that the board was “mindful that rates were already very low and that each further cut brings closer the point at which other policy options might come into play.” And, further easing could “unintentionally convey an overly negative view of the economic outlook”. After three rate cuts this year, RBA stood pat in November, and this “allows time to assess the effects of the recent easing of monetary policy as well as global developments.” But the central also pledged it’s “prepared to ease monetary further if needed”.

China trade surplus widened to USD 42.8B, much less than expected exports contraction 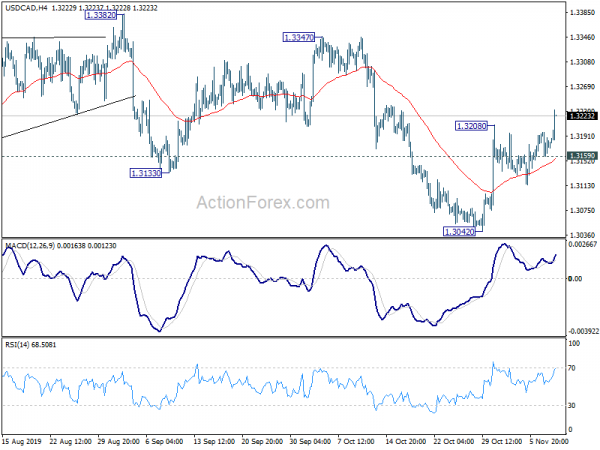 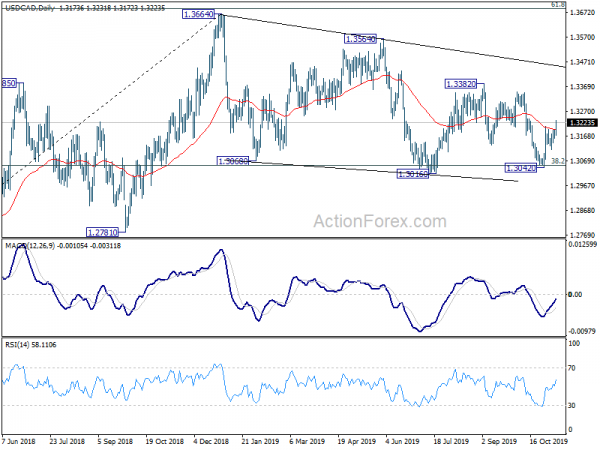