Trading in the forex markets remain quiet in Asian session today, with major pairs and crosses staying in yesterday’s range. Canadian Dollar is lifted mildly by positive news regarding USMCA, but gains are so far limited. New Zealand Dollar is, for now, the strongest one, followed by Sterling. On the other hand, Yen is the weakest, together with Swiss Franc and Dollar. UK GDP and German ZEW might provide some more volatility.

Technically, GBP/USD and EUR/GBP are both losing some momentum as seen in 4 hour MACD. But there is no sign of topping in the Pound yet. Sterling will likely remain firm, awaiting Thursday’s UK elections. USD/CHF, USD/JPY and USD/CAD are staying in familiar range, EUR/USD and AUD/USD too. These pairs may wait for tomorrow’s FOMC projections before having a decisive breakout.

USMCA details to be pinned down on Tuesday in Mexico City

Canadian Dollar was lifted mildly as the USMCA could finally clear its way to Congress approval before the end of the year. It’s reported that US Trade Representative Robert Lighthizer and White House senior adviser Jared Kushner are due to fly to Mexico City on Tuesday for meetings to try to pin down final details of the agreement. Canadian Deputy Prime Minister Chrystia Freeland would join the meeting there too.

US President Donald Trump said “I’m hearing very good things. I’m hearing from unions and others that it’s looking good. Kushner also acknowledged that “it looks like we’re making pretty good progress.” House Speaker Nancy Pelosi said “We’re close. We’re not quite finished yet, we’re within range.” She added that the final language could be set by Tuesday, which would bring Democrats to a “moment of truth” on whether to proceed to passage.

Agriculture Secretary Sonny Perdue said on Monday he didn’t expect the new tranche of tariffs on China to to take effect this Sunday, December 15. “We have a deadline coming up on the Dec. 15 for another tranche of tariffs, I do not believe those will be implemented and I think we may see some backing away,” Perdue said at a conference in Indianapolis, Indiana

He added that Trump didn’t want to implement the new tariffs. But “there’s got to be some movement on their (China’s) part to encourage him not to do that and hopefully the signal that they sent over soy and pork reduction might be that signal in that way,”

Perdue also pointed out the main difficulty regarding enforcement. “The challenge is, we are used to dealing in contracts here, we are using to fulling contracts, one party contracts with another and we fulfill that, we have arbitration when that doesn’t happen,” he said. “Between nations there’s not a lot of arbitration and that’s the challenge. If China signs a deal and a contract, what are the enforceability measures of that? That’s really what we are dealing with right now.”

NAB said business conditions “appear to have stabilised at low levels, after declining significantly between mid-2018 and 2019”. But “the divergence between the goods related industries (the weakest) and the services sector (the strongest) widened.” The business survey is consistent with “ongoing weakness in GDP growth” with little improvement in Q4, risking slower employment growth.

UK GDP and productions are the major focuses in European session while trade balance will be featured. Germany ZEW economic sentiment, France and Italy industrial output will also be released. Later in the day, US will release non-farm productivity and unit labor cost. 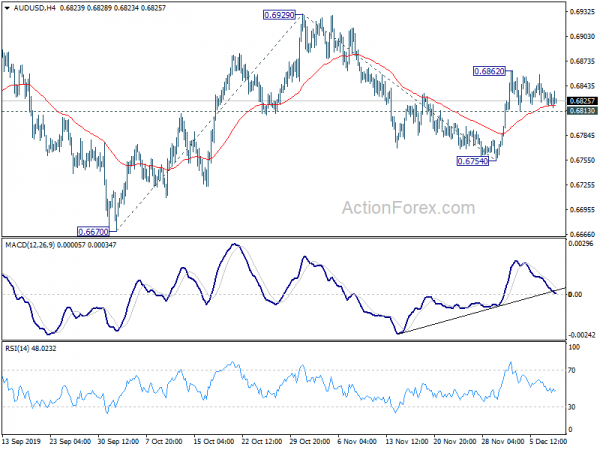 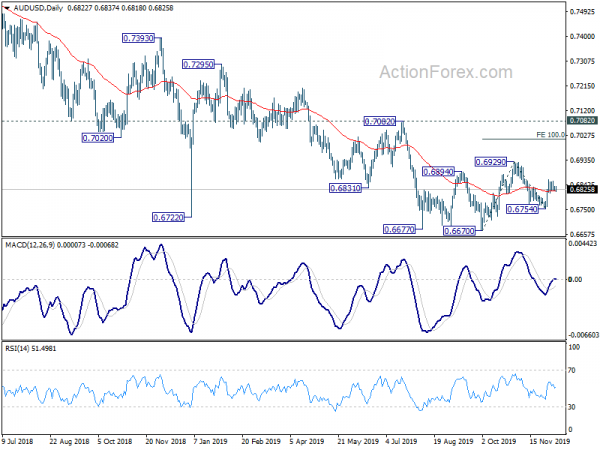