Australian Dollar recovers broadly today on stronger than expected job data. Though, upside is limited so far as unemployment rate remains a long way from RBA’s rate of full employment. New Zealand Dollar is also among the strongest following better than expected GDP growth. Sterling is mixed as focus now turns to BoE rate decision and UK retail sales. For the week though, Canadian Dollar remains the strongest, with help from WTI oil price which breached 61 handle. Sterling remains the weakest one.

Technically, AUD/USD recovered well ahead of 0.6800 support and maintains near term bullishness. Focus is back to 0.6938 resistance and bring will resume recent rebound from 0.6670. EUR/AUD’s steep decline suggests rejection by 0.6323 resistance. Focus is back on 1.6063 support. Sterling pairs will be the major focuses today. In particular, 1.3050 support in GBP/USD, 142.47 support in GBP/JPY and 0.8508 resistance in EUR/GBP. We’d still expect further rise in the Pound as long as these levels hold. But break will bring deeper pull back in Sterling in general.

BoJ left monetary policy unchanged as widely expected. Short-term policy rate was held at -0.1%. Purchase of JGB will continue to keep 10-year yield at around 0%, with monetary base expanding at JPY 80T per annum. Y. Harada and G. Kataoka dissented as usual in 7-2 vote.

The central bank said the economy is “likely to continue on a moderate expanding trend”. Impact of global slowdown is expected “to be limited”. Domestic demand is expected to “follow an uptrend” despite the impact of consumption tax hike. Exports are projected to “continue showing some weakness”, but are expected to be on “moderate increasing trend”. CPI is “likely to increase gradually toward 2 percent”.

Services growth, which account for 2/3 of the GDP, was led by retail. The 2.4% growth in retail and accommodation was also the fastest in eight years, dominated by electronics.

Chicago Fed President Charles Evans said yesterday that the US economy is doing “remarkably well”. And he expected “the economy to continue to growth, labor markets to continue to be strong.” He echoed comments of many other Fed officials and said monetary policy is in “a good place”. He emphasized that ” inflation would have to go above 2% by some meaningful amount for me to really think that we need something more restrictive.” And it’s “extremely important that we get inflation up to 2% …I actually think it’s important that we overshoot.”

Richmond Fed President Thomas Barkin “the major reason the consumer is strong is they have jobs and not only do they have jobs but real wages are up”. He said that Fed’s rate cuts this year “have helped some, but they’ve helped in the context of what’s been a very strong consumer all year long.”

BoE rate decision will be a major focus today. Interest rate is expected to be held at 0.75%, asset purchase target at GBP 435B. The question is whether the two policymakers who voted for a cut last time would continue to do so. UK will also release retail sales. Swiss will release trade balance. 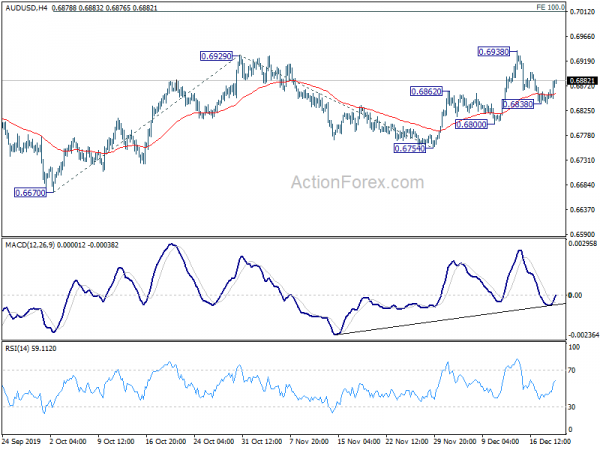 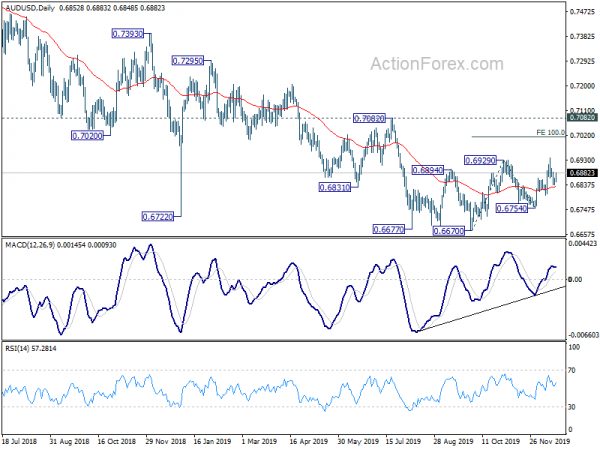