Australian Dollar is in free fall in Asian session today as surge in unemployment rate adds to case of April RBA cut. Sentiments are also generally weak as markets disapprove China’s tiny rate cut. Instead, investors are concerned with sign of contagion of Wuhan coronavirus to other Asian countries, in particular Japan and South Korea. Hence, while Yen recovers mildly today, it’s staying as the weakest one for the week. For now, Dollar and Canadian are the strongest.

Technically, AUD/USD finally takes out 0.6670 low decisively and resumes long term down trend. USD/JPY’s break of long term channel resistance is an important sign of medium term bullishness. Further rise should be seen to 112.40 resistance next. EUR/GBP could have formed a short term bottom ahead of 0.8276 low and near term consolidation will likely extend with another rising leg first.

The surge in unemployment rate somewhat deviates from RBA’s expectation that it will stay in 5.00-5.25% range for some time before falling to 4.75% in 2021. Also, it has to be considered that the impact of coronavirus outbreak in China hasn’t been reflected there. There is risk of a sudden spike in the data of the coming months. Today’s data adds much weight to the case for RBA to finally deliver another rate cut in April, after much hesitation.

New confirmed cases of Wuhan coronavirus dropped drastically in China. According to the National Health Commission, there were only 394 new cases on February 19, and that’s the lowest level since January 23. Total accumulated number of confirmed cases in China now reached 74576. Death tolls didn’t slow, however, and rose 114 to 2118.

Meanwhile, the outbreak is starting to get serious in surrounding countries. South Korea reported 31 new cases of the Wuhan coronavirus today, with a new outbreak traced to church services in Daegu. Total number of cases in South Korea jumped to 82.

In Japan, more than 620 passengers on the Diamond Princess liner have been infected. NHK said that two from the cruise died, citing an unnamed government source. Outside of the cruise, number of infections in Japan has more than doubled in the past week to 74. Number of cases in Singapore also reached 84. Also, two Iranian citizens, who were tested positive, have died.

As widely expected, China’s PBoC cut its benchmark interest rates today, to counter the economic impact of the Wuhan coronavirus outbreak. One-year loan prime rate was lowered by -10bps to 4.05%. Five-year LPR was lowered by -5 bps to 4.80%. There is no overwhelmingly positive reaction in Hong Kong and China stock markets for now. The tiny step hinted that the Chinese government is just opting for rolling out stimulus as a measured pace.

In the minutes of January 28-29 FOMC meeting, it’s noted that policymakers generally judged that current monetary stance was “appropriate”. Maintaining current stance, with federal funds rate at 1.50-1.75%, will give the committee ” time for a fuller assessment of the ongoing effects on economic activity of last year’s shift to a more accommodative policy stance”. Fed expected growth to “continue at a moderate pace”.

Trade uncertainties “had diminished recently” and there “signs of stabilization in global growth”. But uncertainties remained, including risks from the outbreak of the coronavirus that started in China. “The threat of the coronavirus, in addition to its human toll, had emerged as a new risk to the global growth outlook, which participants agreed warranted close watching.” 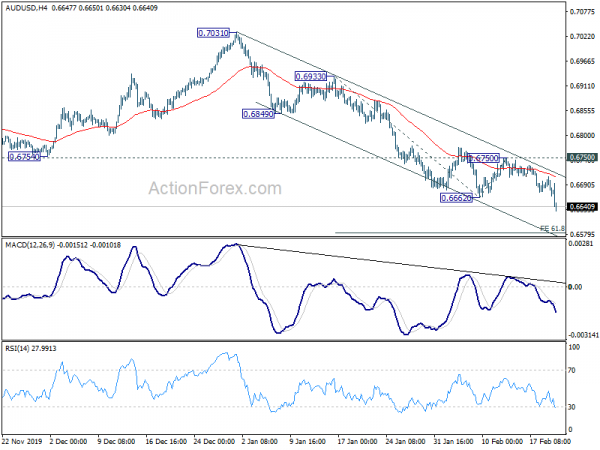 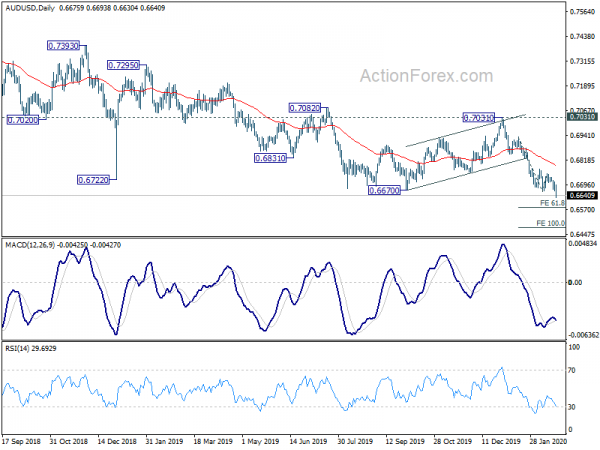