Financial markets in Asian somewhat stabilized despite the massive crash in the US overnight. Investors are awaiting the next development in global coronavirus pandemic. Governments are all preparing fiscal support to their respective economies. US will announce “very dramatic” actions on Tuesday, which include payroll tax cut and “very substantial relief” for industries hit by the coronavirus outbreak. Meanwhile, WTI crude oil is also back above 30 handle after exhaustive selloff.

Technically, EUR/USD is still struggling to take out 1.1456 fibonacci resistance firmly. USD/CHF recovers after hitting 0.9185 projection level. USD/JPY is also recovering after above yesterday’s low at 101.18. There is prospect of a bit more upside in Dollar today. Meanwhile, Yen should be in pull back as seen in EUR/JPY and GBP/JPY. We might see Yen bulls taking profits first, before positioning for next trades.

Entire Italy in lockdown as coronavirus cases surged to 9172, 463 deaths

Coronavirus outbreak in Italy continued to worsen as total cases surged past South Korea to 9172, up 24% from a day ago. Total deaths increased by 97 to 463. Prime Minister Giuseppe Conte announced on Monday that the whole country will be placed under lockdown until next month. People could only travel for work, medical reasons or emergencies until April 3. All schools and universities are closed too. The numbers are showing that there has been a significant growth in infections, people in intensive care and deaths,” Conte said. “Our habits have to change right now. We must give things up for Italy.”

Alan Oster, NAB Group Chief Economist: “Both conditions and confidence fell in the month, but not by as much as we had feared. That said, both continue to track below average and with forward orders weakening its likely we could see further deterioration”.

“With leading indicators softer, it is unlikely we will see a material improvement in conditions in the near term. With conditions and confidence continuing to track below average – there are risks around future capex and employment growth.

Australian Prime Minister Scott Morrison warned today that the coronavirus could have larger impact to Australian economy than the global financial finances in 2008. That’s because “the epicenter of this crisis as opposed to that one is much closer to home”, referring to the close tie with China.

Also, “there is the potential for heightened risk aversion to flow over into reduced business and consumer spending, reduced demand across our economy. These effects would be greater if coronavirus were to have a significant impact on the health of our workforce, which is what we need to plan for, and that’s something we’re working very hard to prevent at the moment.”

Morrison said the government will soon announce stimulus response to the coronavirus outbreak. It’s reported by the Australian newspaper that the measures could worth about AUD 10B.

BoJ Governor Haruhiko Kuroda told the parliament today, “there’s uncertainty on when the coronavirus will be contained, and markets are making very unstable moves”. BoJ will “continue to keep an eye out on how the spread of the virus could affect Japan’s economy and prices, particularly via domestic and overseas market developments, and act appropriately as needed without hesitation.”

Japan Finance Minister Taro Aso reiterated that the government will only tap the remainder of this fiscal’s budget to finance the coronavirus response package. “We need to ascertain the current situation first”, he said, “at this stage there’s no saying” whether the government needs an extra budget. He also noted, “financing will focus on small and tiny businesses who face the need of financing over the next two to three weeks.” 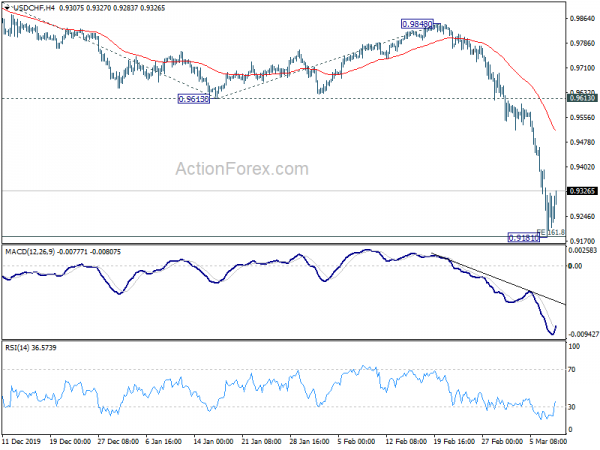 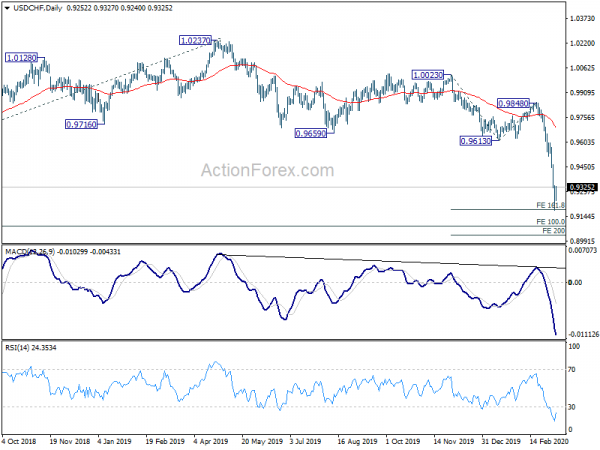