Technically, intraday bias in Dollar turns neutral after today’s recovery. As long as these levels holds, more downside will remain mildly in favor in the greenback, for extending near term correction. The levels include 1.0768 support in EUR/USD, 0.5979 support in AUD/USD, 0.9797 resistance in USD/CHF and 1.4349 resistance in USD/CAD.

US to give small businesses another $250B critical lifeline

US Treasury Secretary Steven Mnuchin said he’s asking the Congress to “secure an additional $250 billion for the PPPLoan program to make sure small businesses get the money the need.” The funding would be on top of the USD 349B in forgivable loans to small businesses enacted on March 27.

Mnuchin also told bank CEOs that “we want to make sure that every single small business can participate. We want to assure the workers that if you don’t get the loan this week, there will be plenty of money for you next week,”

Separately, Senate Majority Leader Mitch McConnell said “It is quickly becoming clear that Congress will need to provide more funding or this crucial program may run dry.” He’s targeting to get Senate to vote on the measure on Thursday.

Senate Small Business Committee Chairman Marco Rubio said, “there is a critical need to supplement the (loan) fund to ensure America’s more than 30 million small businesses will be able to access this critical lifeline.”

Rating agency S&P kept Australia’s sovereign rating unchanged at AAA, but downgraded the outlook from “stable” to “negative”. The outlook was upgraded from “negative” to “stable” less than two years ago in September 2018, when the budget came close to balance.

“The COVID-19 outbreak has dealt Australia a severe economic and fiscal shock” S&P said. “We expect the Australian economy to plunge into recession for the first time in almost 30 years, causing a substantial deterioration of the government’s fiscal headroom at the ‘AAA’ rating level.”

Nevertheless, “while fiscal stimulus measures will soften the blow presented by the COVID-19 outbreak and weigh heavily on public finances in the immediate future, they won’t structurally weaken Australia’s fiscal position,” S&P said.

Treasurer Josh Frydenberg said the outlook downgrade was “a reminder of the importance of maintaining our commitment to medium term fiscal sustainability.”

ANZ said, “firms are reeling from the abruptness and ferocity of the storm that has enveloped them, and with uncertainty extreme, planning a way out is very difficult. The quick-fire fiscal and monetary response will have helped, but times just don’t get much tougher than this.”

Separately reported by the central bank, Household loans rose a net 9.6 trillion won in March, highest jump since record began in 2004. That came after another record of 9.3 trillion won rise back in February. Mortgage lending rose a net 6.3 trillion won, slowed from February’s 7.8 trillion won. 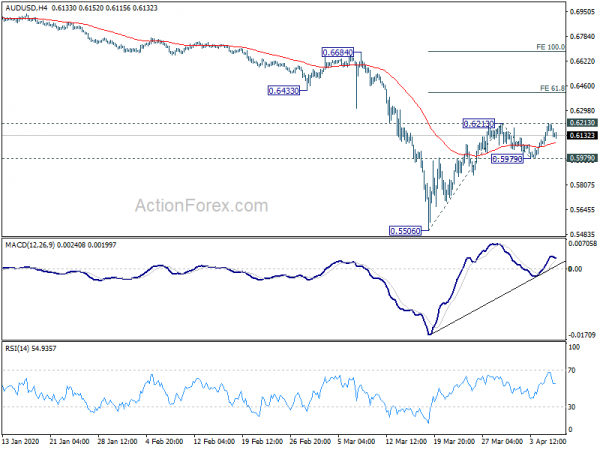 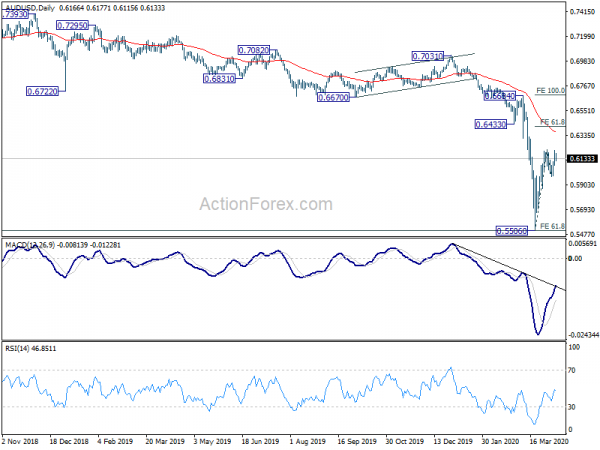