Dollar is staying under pressure as traders are back from holidays. Risk sentiment is relatively steady with new global coronavirus cases and deaths starting to trend down. The improvements are particularly evident in Spain and Italy since the start of April. There is also hope that the worst is over in the US and the UK as numbers could have peaked last week.

Following Dollar, Yen and Canadian are the next weakest. The OPEC+ agreement on production cut was far from being impressive to traders, as WTI crude oil is stuck in range below 30. On the other hand, Australian and New Zealand Dollar are the strongest ones despite poor economic data. Stabilization in sentiments also restore the inverse relationship between Gold and Dollar, as Gold jumped to new 7-year high on Dollar’s selloff. 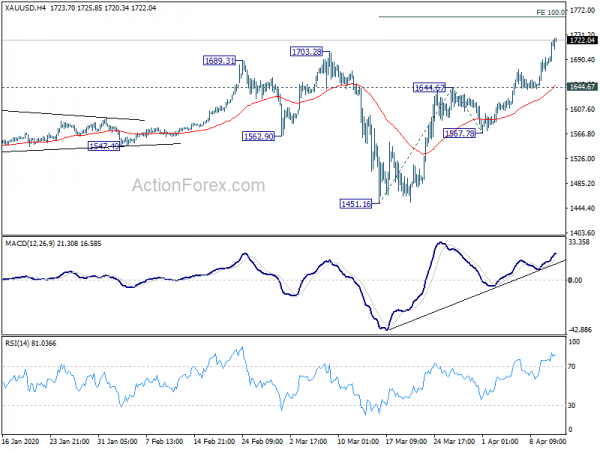 In the bigger picture, the strong support from 55 week EMA displays clear medium term bullishness. A take on 1920.70 high would likely be seen next. 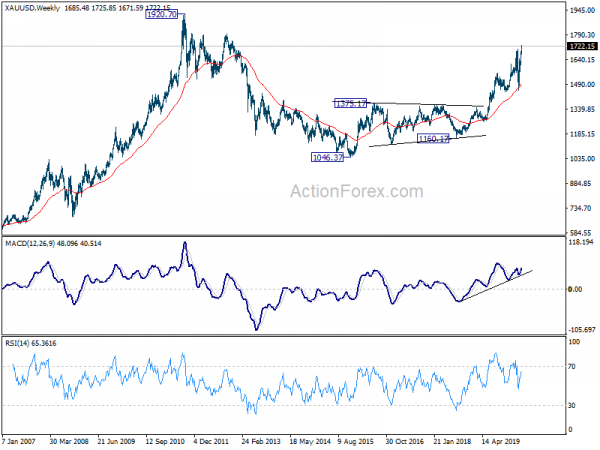 China returned to trade surplus, but exports plunged -13.3% this year

Australia NAB business confidence dropped to -66, recession of unprecedented speed and magnitude ahead

Australia NAB Business Confidence dropped to -66 in March, down from -2. That’s record low, even worse than the reading during 2008 global financial crisis and early 90s recession. Business Conditions dropped to -21, down from 0. While condition index was slightly worse than the reading at financial crisis, it sit well above the trough during 90s recessions.

NAB chief economist Alan Oster said “We expect a recession of unprecedented speed and magnitude for the Australian economy over the next three quarters. “This will see a sharp increase in unemployment.”

“Policy makers have made a huge response that we think will be unable to offset the negative prints we will see in economic data in the near term but we are optimistic these actions will support a solid recovery once the virus is contained,” Oster added.

New Zealand Treasury published a report analyzing the economic impacts of the coronavirus pandemic. Assuming no additional fiscal measures beyond the announced NZD 20B direct support, contraction in GDP in the year to March 2021 could range from 13% (the least restrictive scenario), to closer to one-third (with tight restriction through the year).

Separately, Finance Minister Grant Robertson said that the government will announce further support for businesses this week and more in the Budget next month. He said, “the Budget is also another important part of the response, and it will include significant support to respond to and recover from Covid-19. As is usual with the Budget, there may well be pre-announcements, especially where they relate to urgent Covid-19 response activities.” 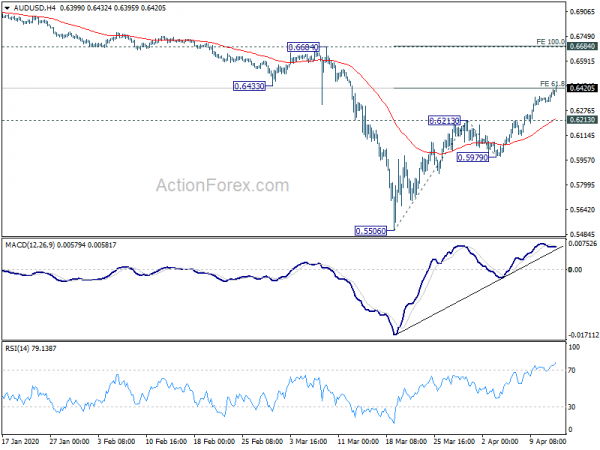 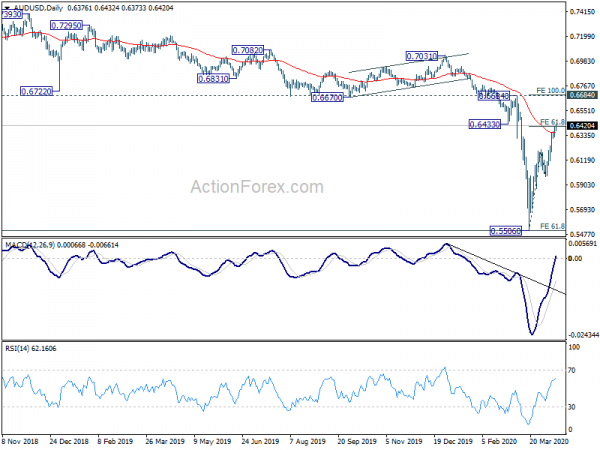