Markets in Defense on US-China Tensions, Dollar and Yen Higher

Yen and Dollar trade generally higher in Asian session today. Trading is relatively subdued with Japan and China on holiday. Yet, the theme of US-China tension drives some risk-off moves. May didn’t start well as investors seemed to be rushing to reverse April’s risk-on moves. As for today, New Zealand Dollar is currently the weakest, followed by Australian and then Sterling.

Technically, there are two levels to watch to gauge is risk aversion is really coming back. Break of 0.6253 support in AUD/USD will mark completion of corrective rebound from 0.5506. Break of 1.4265 resistance in USD/CAD will also mark completion of the corrective pull back from 1.4667. 106.35 temporary low in USD/JPY will determine whether Dollar or Yen would lead if risk sentiments does turn negative.

Hong Kong stocks gapped sharply lower today and stays pressured, after US President Donald Trump stepped up his criticism on China’s handling of the coronavirus outbreak. He said the government was putting together a report that will be “very conclusive”. “My opinion is they made a mistake. They tried to cover it, they tried to put it out,” he said.

Trump’s comments came hours after Secretary of State Mike Pompeo told ABC, “I can tell you that there is a significant amount of evidence that this came from that laboratory in Wuhan.” A focus will turn to White House deputy national security adviser Matt Pottinger’s speech today, on US relationship with China. Part of the remarks will be delivered in Mandrin, which could carries some direct message to China.

As for US retaliations, an immediate focus would be on whether Trump would use executive order to block a government retirement fund to move some investments to Chinese equities. The so called Thrift Savings Plan, the federal government’s retirement fund, is set to transfer around USD 50B to mirror the MSCI All Country World Index, which includes China. The scheduled move would be carried out by mid-2020. Next would be new tariffs on Chinese goods as Trump indicated. 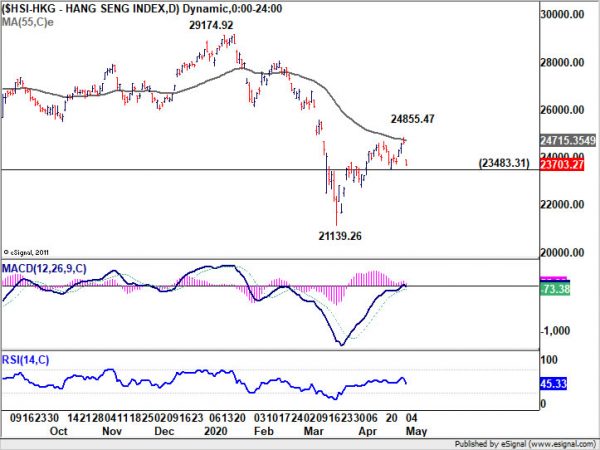 Also, “the positive outlook reflects our view that New Zealand’s strong fundamentals would allow its fiscal profile to strengthen after the Covid-19 outbreak subsides, leading to a rating upgrade in the next one to two years.”

NZD/USD, however, follows risk appetite lower today. Bearish divergence condition in 4 hour MACD suggests short term topping at 0.6176. Focus is back on 0.5910 support. Break there will indicate completion of the corrective rebound from 0.5469. Near term outlook will be turned bearish for retesting this low. In case of another rise, we’d anticipate strong resistance from 61.8% retracement of 0.6755 to 0.5469 at 0.6264 to limit upside. 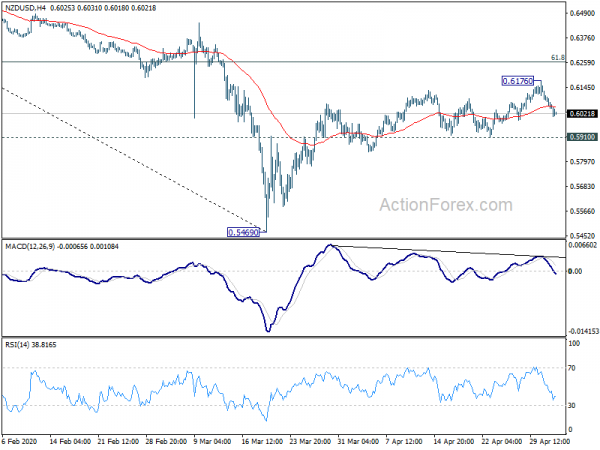 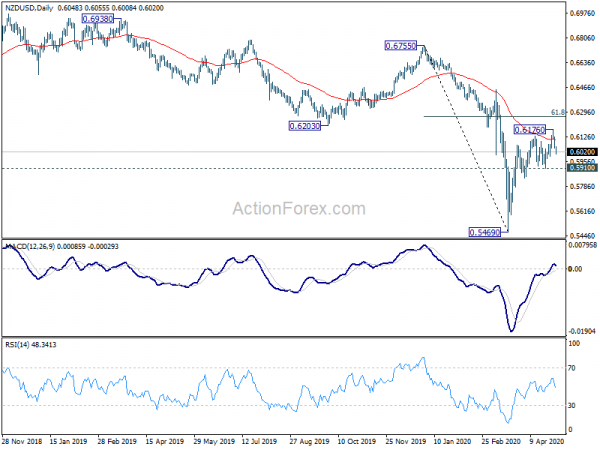 RBA and BoE to stand pat, US ISM non-manufacturing and NFP watched

Two central banks will meet this week. RBA is generally expected to keep cash rate unchanged at 0.25%. Other stimulus measures, including targeting 3-year bond yield, term funding facility operation and QE, will be maintained too. Main focuses will indeed be on Friday’s monetary policy statement. Economic projections would likely be revised sharply lower. The extent of the downgrade and the path painted could give some hints on policymakers’ mind regarding how long the current stimulus would stay.

BoE will also meet and it’s expected to keep bank rate at 0.10% and asset purchase target at GBP 645B. There are some speculations that BoE would eventually be forced to expand the asset purchases down the road, but timing is not there yet. Some attention would be on the voting and any hints of a bias on further easing.

On the economic data front, US ISM non-manufacturing and non-farm payroll will catch most attentions. China trade balance, Canada employment, and New Zealand employment will also be watched too. 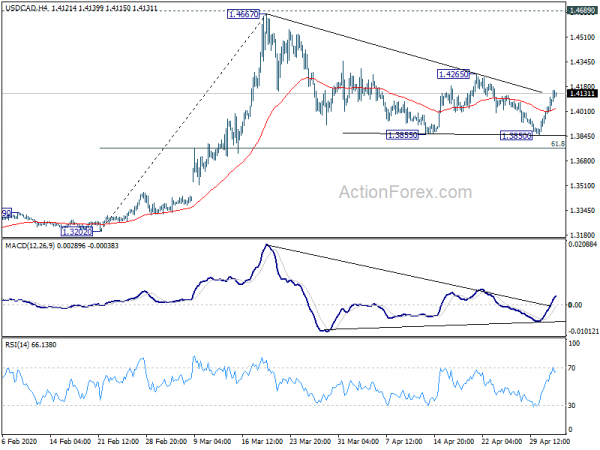 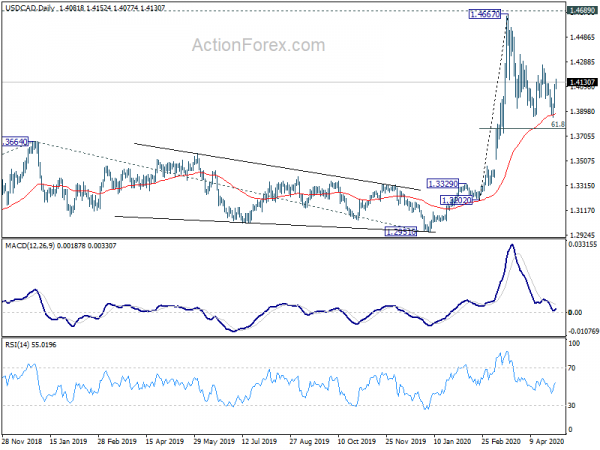