Yen Surges Through Resistance Against Dollar and Euro

Yen is trading generally higher is Asian session and broke some near term resistance level. Risk sentiments are mixed in major Asian markets. While US stocks ended with gains overnight, the closes in major indices were indeed lower then opens. That’s a signal of indecisiveness among the bulls. Commodity currencies turn softer, but New Zealand Dollar is supported by robust job data. Euro turned mixed after yesterday’s selloff, but remains the weakest one for the week.

Technically, USD/JPY’s break of 106.35 temporary low suggests resumption of fall from 111.71. Further decline would be seen to 104.58 near term projection level. EUR/JPY broke 115.44 support to resume medium term down trend. 131.90 support in GBP/JPY will be a focus today and break should confirm completion of rebound from 123.94. That will be another evidence of underlying strength in Yen.

Fed Vice Chair Richard Clarida said the US is living through “the most severe contraction in activity and surge in unemployment that we’ve seen in our lifetimes”. Unemployment rate is going to “surge to numbers that we’ve not seen probably since the 1940s.” But he’s expecting recovery to begin in H2 as his baseline forecast. Still “the course of the economy is really going to depend on the course of the virus and the mitigation efforts”.

Clarida emphasized that Fed is going to “continue to be forceful, proactive and aggressive until we’re confident that the economy is on the road to recovery, especially for Main Street”. At the same that, “fiscal policy also plays an essential role,” he said, “because the Fed has lending authority but not spending authority. We can lend money but we can’t transfer income to households and firms.”

Chicago Fed President Charles Evans said it’s “reasonable” to expect the economy to return to growth in H2. But the baseline scenario “involves a lot of things going right”. Also, “the pickup in activity will likely be slow at first, because of continued social distancing and other safety precautions”. Regarding Fed’s policy, Evans believed it’s unnecessary to put stronger forward guidance because “I can’t imagine that anybody is expecting the Fed to raise the interest rates over any relevant time horizon,”

Atlanta Fed President Raphael Bostic said there are “lots of difference possibilities” regarding the upcoming economic recovery. But, “in many communities the ‘V’ recovery is going to be very difficult to achieve.” “Across the country there has been a fair amount of diversity of experiences, diversity of vulnerability, and that will translate into diversity of recoveries,” he added.

“COVID-19 heavily impacted retail trade in March” said Ben James, Director of Quarterly Economy Wide Surveys. “There was unprecedented demand in food retailing, household goods, and other retailing. However the impact of social distancing regulations saw sales fall in cafes, restaurants and takeaway food services, and discretionary spending in clothing footwear and personal accessory retailing, and department stores, was also weak. The March month saw both the strongest rise in food retailing, and the strongest fall in cafes, restaurants and takeaway food services, that we have seen in the history of the series.”

RBNZ: GDP to be lowered by 37 by level 4 coronavirus measures

RBNZ released a paper outlining the economic impacts of coronavirus containment measures. At alert level 4 with lockdown of non-essential activity, GDP would be reduced by -37% during the period. that’s slightly lower than treasury’s estimate of -40%. At alert level 3 with restrictions on trading activity, GDP will only be -19% lower during the period.

The paper also noted that the “ongoing impacts” are not included in the analysis. And, “even with significant support from fiscal and monetary policy, these would add to the overall economic costs.” Though, ” estimates of the direct impacts may be overstated because the decline in global economic activity and international travel would have reduced economic activity in New Zealand even without any containment measures.”

“Our surveys captured a robust labour market in the period before New Zealand went into COVID-19 lockdown. The unemployment rate has remained stable at around 4 percent since late 2018, after trending down since late 2012,” labour market and household statistics senior manager Sean Broughton said.

“The impact of COVID-19 on the labour market, including unemployment, hours actually worked, and underemployment, should be clearer in the June 2020 quarter,” Broughton said.

Germany will release factory orders in European session. Eurozone will release retail sales and PMI services final. UK will release PMI construction. Later in the day, US ADP employment will be the main feature. 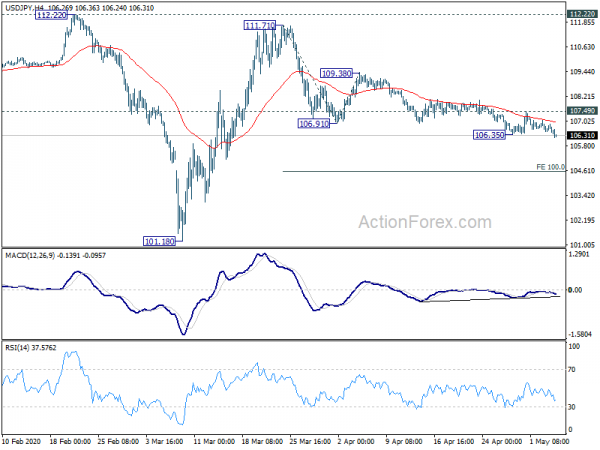 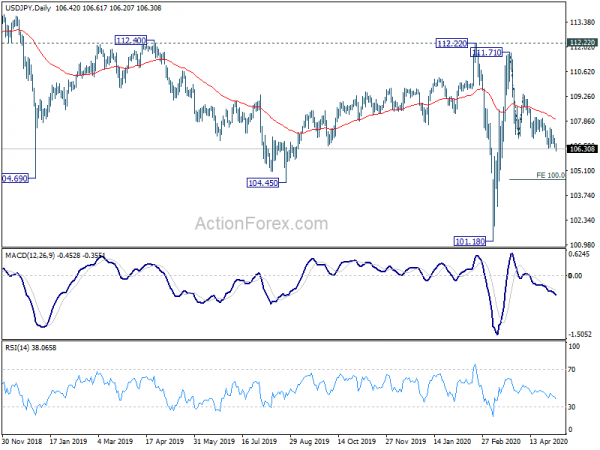