Dollar is sold off notably in early US session after data showed record decline in core inflation reading. In the background, sentiments also improved mildly on WHO’s “potentially positive data” comments. Following Dollar, Canadian is the second weakest for the day, then Yen. On the other hand, New Zealand Dollar is the strongest one, followed by Australian Dollar. Aussie has somewhat left the news of China’s ban on four abattoirs behind.

The World Health Organization indicated today that there are some “potentially positive data” on coronavirus treatments. Spokesperson Margaret Harris said at a press briefing, “we do have some treatments that seem to be in very early studies limiting the severity or the length of the illness but we do not have anything that can kill or stop the virus.”

“We do have potentially positive data coming out but we need to see more data to be 100% confident that we can say this treatment over that one,” she added.

Meanwhile, she sounded cautious regarding expectations for a vaccine. She noted that coronaviruses are  in general are “very tricky viruses” that are “difficult to produce vaccines against”.

BoE Broadbent: Quite possible that more monetary easing will be needed

BoE Deputy Governor Ben Broadbent said today that “the committee are certainly prepared to do what is necessary to meet our remit with risks still to the downside.” And, it’s “quite possible that more monetary easing will be needed over time”. But there are pros and cons of cutting interest rates further from the current 0.1% level. “These are the balanced questions the committee has to think about and … has been thinking about for the past decade,” Broadbent said.

Broadbent also rejected the idea that BoE is financing the government’s fiscal measures. “It is not surprising when you have a huge hit to the economy, as is the case now, as was the case in 2009, that you see easing on both fiscal and monetary fronts,” he said. “That is the connection — they are both responses to a weaker economy. It is not the case that one is a response to the other.”

BoJ Kuroda: Near term focus is to smoothen corporate financing and stabilize markets

In the semi-annual testimony to parliament, BoJ Governor Haruhiko Kuroda warned that “Japan’s economy is in an increasingly severe state”. Outlook will “remain severe for the time being.” He pledged to “do whatever we can as a central bank, working closely with the government.”

For the near term, focus of monetary policy is to “smoothen corporate financing and stabilize markets”. Though, there is no huge risk of sharp credit contraction as domestic financial institutions have sufficient capital buffers.

As for the steps to ease monetary further, he said, “we’re ready to take sufficient steps judged necessary at the time”. The measures could include expanding asset purchases, increasing market operations tools or cutting interest rates further.

Trade tensions between China and Australia continued to escalate. Four Australian red meat abattoirs were banned from importing to China. It comes just days after China warned of the plan to impose 80% tariffs on Australian barley. Trade Minister Simon Birmingham tried to tone down the suspension as just some “technical issues”. He added, “there are many other meat processing facilities that will continue under their approved permits to send product to China as they do, indeed, around the rest of the world.”

But some analysts believed China’s moves are retaliations to Australian government’s push for independent inquiry on coronavirus pandemic that started in Wuhan. Chinese Ambassador to Australia Jingye Cheng warned last month that Chinese public may boycott Australia products for the push for coronavirus inquiry. In an Australian Financial Review in April, Cheng said, “maybe also the ordinary people will say why should we drink Australian wine or to eat Australian beef?”.

Alan Oster, NAB Group Chief Economist “confidence saw a rebound in the month after the sharp fall last month, but this provides little comfort given it remains around twice as weak as the 1990s recession. Business conditions declined further in the month, with a broad-based deterioration across industries”.

“We see a recovery in growth late this year, but even though it could be a solid bounce the level of output is not expected to be recovered to pre-COVID levels until early 2022. We expect unemployment to match this pattern, falling in 2021 but remaining above 7%. This all points to required ongoing policy support for some time” said Oster. 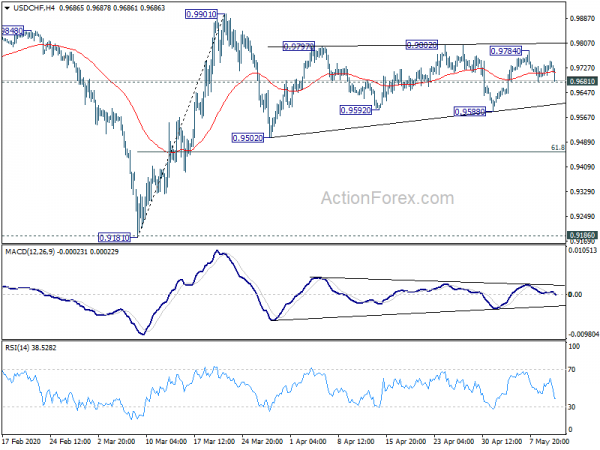 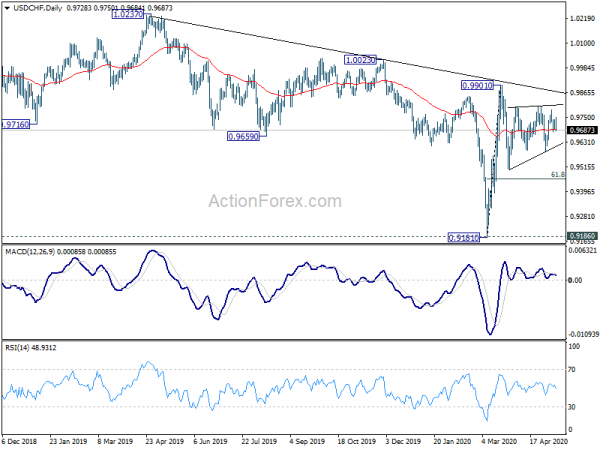