Yen and, to a slightly lesser extent, Dollar soften further as markets are in mild risk-on mode this week. There were some jitters from White House adviser Peter Navarro’s comments on US-China trade deal. But dusts quickly settled after his clarifications. Yen is additionally pressured by the poor PMI manufacturing data. On the other hand, Australian Dollar stays firm after PMIs indicate the economy is back on expansion. New Zealand Dollar is trailing Aussie as the next strongest.

Technically, USD/JPY recovered just ahead of 106.57 temporary low, keeping range trading intact. Focus could now be back on 107.64 minor resistance. Break will suggests short term bottoming and bring stronger rebound. EUR/JPY and GBP/JPY are also in recovery. Further fall would be in favor as long as 122.11 resistance and 136.34 resistance holds respectively. But a rebound in USD/JPY could prompt a test on these levels in EUR/JPY and GBP/JPY. 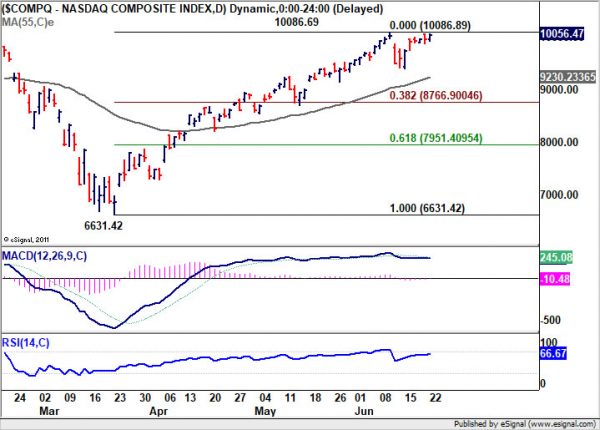 Navarro’s trade deal over comments taken wildly out of context

The markets had a roller coaster ride as White House trade adviser Peter Navarro was quoted by Fox news that the US-China trade deal is “over”. But Navarro quickly clarified that “my comments have been taken wildly out of context”, and the trade deal is “not over”. President Donald Trump also tweeted “The China Trade Deal is fully intact. Hopefully they will continue to live up to the terms of the Agreement!”

Navarro did indicated that the “turning point” came when Chinese official went to the US on January 15 to sign the trade deal, “a full two months after they knew the virus was out and about”. “It was a time when they had already sent hundreds of thousands of people to this country to spread that virus, and it was just minutes after wheels up when that plane took off that we began to hear about this pandemic.”

He later explained in a statement, “they had nothing at all to do with the Phase I trade deal, which continues in place. I was simply speaking to the lack of trust we now have of the Chinese Communist Party after they lied about the origins of the China virus and foisted a pandemic upon the world.”

Boston Fed President Eric Rosengren said Fed is still a “long way from raising rates” and the central bank hopes to keep both short- and long-term borrowing costs “quite accommodative. The US will be in a situation “where the economy is growing more slowly than we might have hoped a few months ago”.

Rosengren noted that “some of the better economic data we’ve been getting has reflected the fact that those places are opening up, but they may not be opening up as safely as they need to.” He’s concerned that positive headline may mask the underlying health implications of re-opening.

Joe Hayes, Economists at IHS Markit, said: “While the services sector downturn eased noticeably, goods production fell at at accelerated pace in June. The rate of decline in manufacturing order books remained severe, hinting that the shape of the recoveries in the services and manufacturing sector could be very different. A two-speed recovery would undermine a sustainable return to -pre-COID-19 levels of economic activity”.

Australia CBA PMI composite rose to 52.6, economy back in expansion

Australia CBA PMI Services rebounded strongly to 53.2 in June, up from 26.9, back in expansionary region. PMI Manufacturing also rose to 49.8, up from 44.0, very close to 50 stabilization level. PMI composite rose to 52.6, up from 28.1, also back in expansion, and hit the highest level in 9 months.

CBA Head of Australian Economics, Gareth Aird said: “The June PMIs are consistent with our view that we are now past the low point in economic activity. Overall conditions are still very soft, but there were a few encouraging pieces of information in the PMIs. Confidence has improved in both the manufacturing and services sectors. And the lift in both input and output prices is welcome as it suggests we are more likely to be in a period of disinflation rather than deflation. The further decline in employment was disappointing, but given the lagging relationship between employment and output it is not surprising. We should see headcount lift from here.”

PMI data will be the major focus today. PMI manufacturing and services will be released from France, Germany, Eurozone, UK and US. US will also release new home sales. 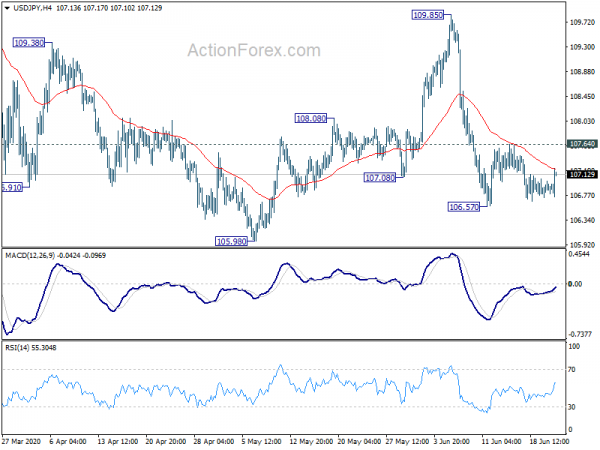 In the bigger picture, USD/JPY is still staying in long term falling channel that started back in 118.65 (Dec2016). Hence, there is no clear indication of trend reversal yet. Break of 105.98 support could extend the down trend through 101.18 low. However, sustained break of 112.22 should confirm completion of the down trend and turn outlook bullish for 118.65 and above. 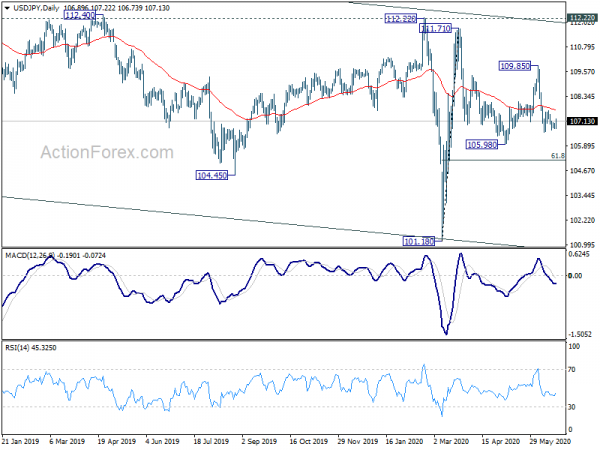 US Stocks Near Correction Territory: Is It Time To Turn Bullish?