Action Forex
HomeAction InsightMarket OverviewDollar and Yen Weak after Steep Selloff, No Bottoming in Sight Yet

Dollar and Yen Weak after Steep Selloff, No Bottoming in Sight Yet

Investors in Asia remain generally cautious today as reflected in the mixed markets. US-China tensions look set to escalate further after President Donald Trump said closure of other Chinese missions is “always possible”. Yet, the developments give no special support to Dollar and Yen. Both remain the weakest for the week, and stay soft today. Australian Dollar is holding on to this week’s gains after the government said budget deficit is set to widen further in the current fiscal year. New Zealand Dollar is following as the second strongest.

Technically, there is prospect of a mild recovery in Dollar and Yen today. EUR/USD, AUD/USD and Gold are losing some upside momentum after hitting near term projection levels. EUR/JPY is also set to face 124.43 key resistance. Yet, even if recoveries occur, there wouldn’t be sign of bottoming until some near term levels are violated. The levels include 1.1402 support in EUR/USD, 0.6963 support in AUD/USD, 121.96 support in EUR/JPY and 1817.91 resistance turned support in Gold.

Australia budget deficit widened to 4.3% of GDP in fiscal 2020, sets to balloon further

S&P Global Ratings said Australia’s AAA credit rating could withstand the large widening in budget deficit as projected. The rating reflects the expectation that the economy will begin to recover from recessing during fiscal 2021. Nevertheless, “risks to our rating remain tilted toward the downside as the effects of the COVID-19 pandemic and government responses on the economy, budget, and financial markets evolve.”

South Korea’s GDP contracted -3.3% qoq in Q2, as shown in data released by Bank of Korea. The decline was the worst since Q1 1998, and steeper than analysts’ expectations of around -2.3% qoq. Also, with Q1’s -1.3% fall, South Korean’s economy has formally entered a technical recession this year, joining other major Asian countries like Japan and Singapore. Annually, GDP shrank -2.9% yoy in Q2.

“It’s possible for us to see China-style rebound in the third quarter as the pandemic slows and activity in overseas production, schools and hospitals resume,” South Korean finance minister finance minister Hong Nam-ki said after the data was released. 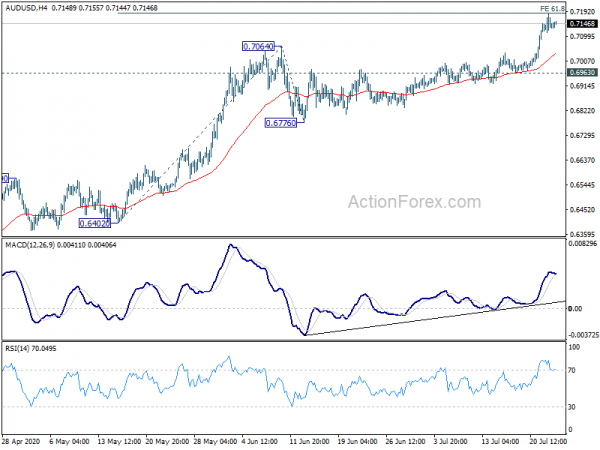 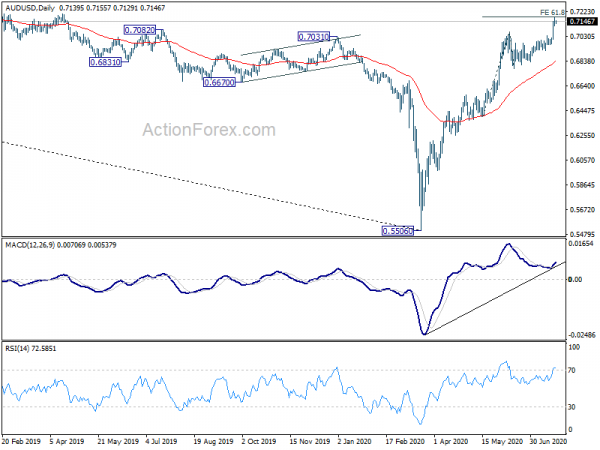