Dollar starts the month with a much firmer footing, trading broadly higher as the strongest one so far. The rally is particular against Swiss Franc, which is currently the weakest one. Yet the greenback will firstly need to overcome some near term technical levels to convince traders about its underlying strength. Secondly, Dollar will face some tests from key economic data this week, starting from ISM manufacturing index today, and then ISM services and non-farm payroll later in the week. We’ll see if it’s finally turning the corner.

Technically, some levels need to be taken out to confirm the sustainability of Dollar’s rebound. The levels include 1.1698 minor support in EUR/USD, 1.3013 minor support in GBP/USD, 0.7063 support in AUD/USD and 1.3459 minor resistance in USD/CAD. Also, gold will need to confirm short term topping in record high of 1988 and break 1939.20 minor support.

Eurozone PMI Manufacturing is finalized at 51.8 in July, up from April’s 47.4. It’s also the first growth reading in a year-and-a-half with demand continued to recovery with further easing of coronavirus restrictions. Growth was widespread too, with all market groups registering above 50 readings.

“Increased unemployment, job insecurity, second waves of virus infections and ongoing social distancing measures will inevitably restrain the recovery. The next few months numbers will therefore be all important in assessing whether the recent uplift in demand can be sustained, helping firms recover lost production and alleviating some of the need for further cost cutting going forward.”

UK PMI Manufacturing was finalized at 53.3 in July, up from 50.1 in June. That’s also the highest level in 16 months. Markit noted that domestic new orders rise but new exports business falls. but business sentiment still rises to 28-month high.

Rob Dobson, Director at IHS Markit: “The UK manufacturing sector started the third quarter on a much firmer footing, with output growth hitting a near three-year high and new orders rising for the first time in five months. The recovery strengthened as a loosening of lockdown restrictions allowed manufacturers to restart or raise production. July also saw signs of furloughed employees returning to work and customers resuming spending. Business optimism also rose to its highest for over two years as companies grew more hopeful that the future has brightened.

“Despite the solid start to the recovery, the road left to travel remains long and precarious. An extended period of growth is still needed to fully recoup the ground lost in recent months. This is also the case for the labour market, where job losses are continuing despite businesses reopening. There is a significant risk of further redundancies and of furloughed workers not returning unless demand and confidence stage more substantial and long-lasting rebounds in the months ahead.”

Australia AiG manufacturing rose to 53.5, but headwinds lie ahead

Australia AiG Performance of Manufacturing Index rose 2.0 pts to 53.5 in July, indicating a “more convincing expansion”. Manufacturing has now “landed in positive territory” for two straight months for the first time since October 2019. Six of the seven activity indices but exports deteriorated by -5.8 to 41.4, staying gin contraction. Also, four of six sectors stayed in contraction in trend terms, except food & beverages and machinery & equipment.

Ai Group Chief Executive Innes Willox said: “Against the positive signs from the manufacturing sector, the winding down of stimulus from September, the impact of the Melbourne lockdown and the severity of the outbreak, as well as tougher border restrictions are likely to weigh on the sector in coming months”.

China Caixin PMI Manufacturing rose to 52.8 in July, up from 51.2, beat expectation of 51.3. Caixin said the data “signal a further improvement in the health of China’s manufacturing economy”. Also, “operating conditions have now improved in each of the past three months, with the latest upturn the strongest since January 2011.”

Wang Zhe, Senior Economist at Caixin Insight Group said: “Overall, flare-ups of the epidemic in some regions did not hurt the improving trend of the manufacturing economy, which continued to recover as more epidemic control measures were lifted. The supply and demand sides both improved, with relevant indicators maintaining strong momentum. However, we still need to pay attention to the weakness in both employment and overseas demand.” 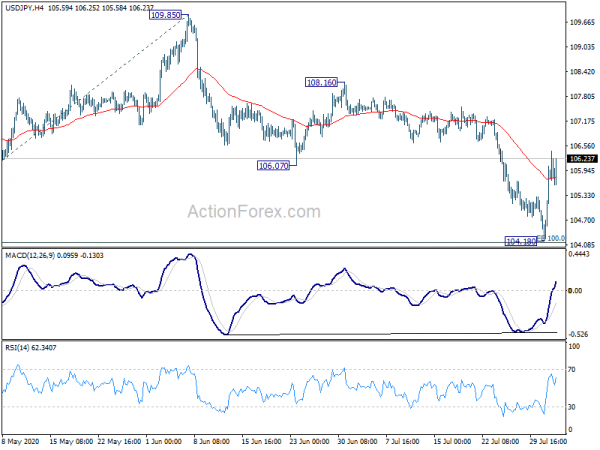 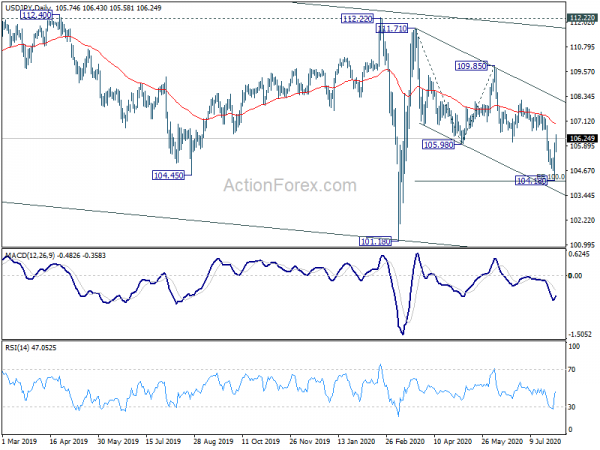