Dollar Breaks Near Term Support, Starting Another Leg in Down Trend

Dollar’s selloff accelerates entering into US session, taking out recent lows against all major currencies except Yen. Another leg in the near term down trend has started. Swiss Franc and Yen are the next weakest, together with New Zealand dollar. On the other hand, Sterling and Euro are both riding on the wave and strengthen across the board. Gold is extending recent rebound, taking out 2010 handle. Crude oil, nevertheless, stays below recent top.

US building permits rose rose 1.5m in Jul, housing starts up to 1.5m

US building permits rose 18.8% mom in July to 1495k annualized rate, above expectation of 1330k. Single-family authorizations rose 17.0% mom. Authorizations of units in buildings with five units or more were at 467k.

Trade dispute between China and Australia heightens after China’s Ministry of Commerce indicated it had decided to initiate the anti-dumping investigation into Australia’s wine industry. Australia Trade Minister Simon Birmingham hit back and criticized the move as ”disappointing and perplexing”

Birmingham said, “Australian wine is not sold at below market prices and exports are not subsidized. Australia will engage fully with the Chinese processes to strongly argue the case that there are no grounds to uphold the claims being made.” “This is a very disappointing and perplexing development”.

Minutes of August 4 RBA meeting showed board members “reaffirmed that there was no need to adjust the package of measures in Australia in the current environment.” Nevertheless, they agreed to “continue to assess the evolving situation” and “did not rule out adjusting the current package if circumstances warranted.”

RBA noted that “the worst of the global economic contraction had passed” but outlook remained “highly uncertain”, depending upon containment of the coronavirus. Australia’s downturn “had not been as severe as earlier expected” and “a recovery was under way in most of Australia”. Though, the recovery is likely “slower than earlier expected” too with outbreak in Victoria.

Reuters Tankan manufacturing index rose to -33 in August, up from -44. While still deeply negatively, the reading was already the best since April’s -30. Further improvement in manufacturers’ mood is expected as they forecast rise to -22 in November.

No manufacturing index also rose slightly to -23, up from last month’s -26, standing at the same level as April’s. However, deterioration is expected ahead, with the index forecast to drop back to -26 in November. 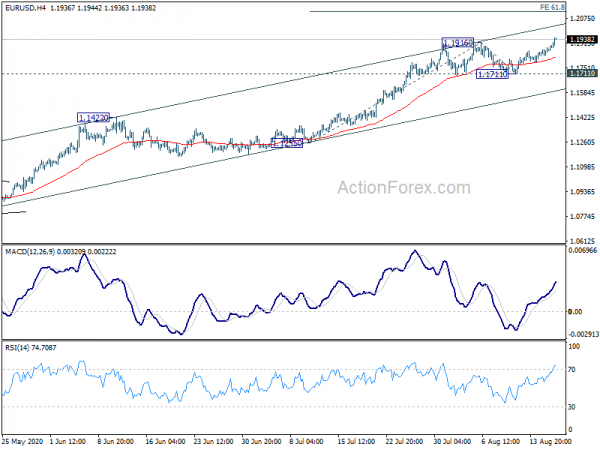 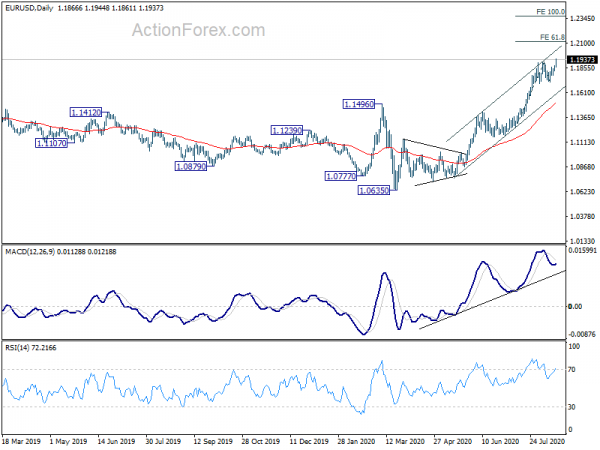