European majors tumble broadly today as UK and EU reminded us that Brexit negotiation remained in deadlock. Additionally, some PMI data from Eurozone suggested that momentum of recovery was quickly fading, in particular in the services sector. Yen is rising broadly today as stock markets turn into risk-off mode. Dollar is following closely as the second strongest. As for the week, Euro is currently the worst performing, followed by Swiss Franc. Yen is strongest, followed by Canadian.

Canada retail sales rose 23.7% in June, back above February’s level

Canada retail sales rose 23.7% mom in June, to CAD 53.0. That’s slightly below expectation of 24.7% mom rise. Nevertheless, it’s finally 1.3% highly than February’s pre-pandemic levels. Sales were up in all subsectors, primarily led by motor vehicle and parts dealers, as well as clothing and clothing accessories stores. Rounding out Q2, sales were still down -13.3% qoq comparing with Q1.

Little to no progress was made in at the seventh round of Brexit negotiations. EU’s chief negotiator Michel Barnier said “those who were hoping for negotiations to move swiftly forward this week will have bee disappointed and unfortunately I too am frankly disappointed and concerned, and surprised as well.”

Barnier further criticized, “the British negotiators have not shown any real willingness to move forward on issues of fundamental importance for the European Union and this despite the flexibility which we have shown over recent months.”

On the other hand, UK’s chief negotiator David Frost said, “substantive work continues to be necessary across a range of different areas of potential UK-EU future cooperation if we are to deliver it. We have had useful discussions this week but there has been little progress.”

Frost also blamed that “the EU is still insisting not only that we must accept continuity with EU state aid and fisheries policy, but also that this must be agreed before any further substantive work can be done in any other area of the negotiation, including on legal texts. This makes it unnecessarily difficult to make progress.”

Tim Moore, Economics Director at IHS Markit, said: “August’s data illustrates that the recovery has gained speed across both the manufacturing and service sectors since July. The combined expansion of UK private sector output was the fastest for almost seven years, following sharp improvements in business and consumer spending from the lows seen in April…. Positive signals for the recovery of course need to be considered in the context of UK GDP shrinking by around one-fifth during the second quarter of the year. Survey respondents often noted that it could take more than a year to return output to pre-pandemic levels and there were widespread concerns that the honeymoon period for growth may begin to fade through the autumn months.”

Andrew Harker, Economics Director at IHS Markit said: “The eurozone’s rebound lost momentum in August, highlighting the inherent demand weakness caused by the COVID-19 pandemic. The recovery was undermined by signs of rising virus cases in various parts of the euro area, with renewed restrictions impacting the service sector in particular…The eurozone stands at a crossroads, with growth either set to pick back up in coming months or continue to falter following the initial post-lockdown rebound. The path taken will likely depend in large part on how successfully COVID-19 can be suppressed and whether companies and their customers alike can gain the confidence necessary to support growth.”

Phil Smith, Associate Director at IHS Markit said: “The slowdown was centred on the service sector, where growth was close to stalling amid renewed travel restrictions and a sustained decline in overall employment that continues to undermine domestic demand. Manufacturing was a relative positive, at least in terms of trends in output and new orders, which grew at the fastest rates for two-and-a-half years. However, the further cutbacks to factory work force numbers are a reminder that there is still ground to make up and businesses remain under pressure to cut costs.”

Economist at IHS Markit said: “Following the sharp expansion registered in July, growth momentum has somewhat stuttered, with the expansion in new orders slowing to a snail’s pace as manufacturers fell back into contraction territory. Meanwhile, there was a reacceleration in the rate of job cutting after three months of successive easing. Overall, the results highlight the fragility of demand conditions faced by French businesses and cast further doubt over the V-shaped recovery that many had hoped for.”

Bernard Aw, Principal Economist at IHS Markit, said: “The prospect of a solid recovery remains highly uncertain as Japanese firms were pessimistic about the business outlook on balance during August. Rising unemployment may also hit domestic household income and spending in the months ahead.”

Outlook for core inflation suggests that Japan is close to, if not already in, a deflationary situation. It’s becoming increasingly unrealistic to achieve BoJ’s 2% inflation target in any projection horizon.

Australia CBA PMI composite tumbled to 48.8, back in contraction

CBA Head of Australian Economics, Gareth Aird said: “The decline in business activity over August is hardly surprising given the lockdown measures in Victoria. With the August composite flash PMI only modestly in contractionary territory it is highly likely that outside of Victoria private output continued to expand over the month”.

“The fall in employment is the inevitable consequence of shutting down large parts of the Victorian economy. Encouragingly, firms collectively retain an optimistic view on the outlook despite the setback in Victoria. Ongoing fiscal support for households and businesses remains critical to ensuring that optimism is not misplaced”.

Australia retails grew in July, except in Victoria

July’s preliminary reading showed retail sales grew 3.3% mom in Australia. Sales rose in all states and territories except Victoria, coinciding with the resurgence of coronavirus cases and reintroduction of stage 3 restrictions.

“The rise across the rest of the country was driven by continued strength in household goods retailing, and the recovery in cafes, restaurants and takeaway food services, and clothing, footwear and personal accessory retailing” said Ben James, Director of Quarterly Economy Wide Surveys. 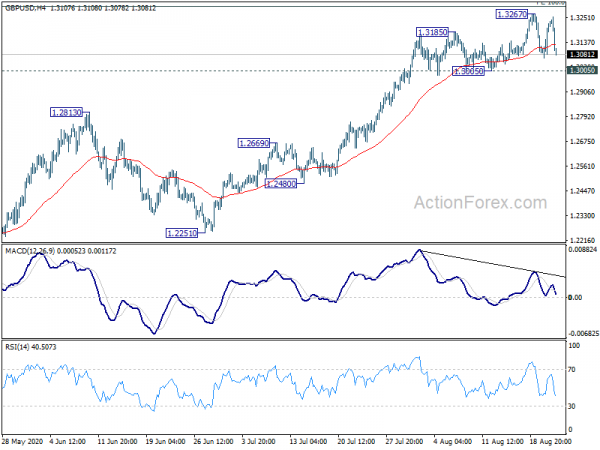 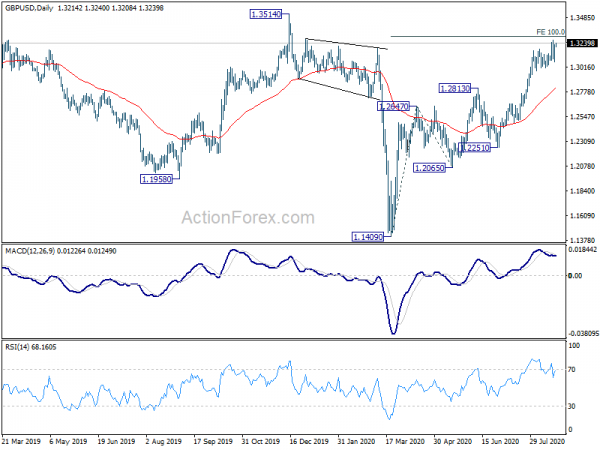