Sterling drops broadly today as BoE minutes indicated that the central bank is already discussing implementation negative interest rates. On the other hand, Yen is currently the strongest one, extending this week’s strong rally. Risk aversion and falling treasury yields are both helping the Yen higher. Dollar lost some momentum after initial post-FOMC rise, but remains the second strongest for the day. Overall risk sentiments would now be the main driver in the markets, probably till weekly close.

Technically, GBP/JPY finally breaks 135.53 fibonacci support firmly. The development now raises the chance that whole rebound form 123.94 has completed at 142.71. The corrective structure in turn argue that larger down trend is still in progress. Focus is now on 61.8% retracement at 131.11 next. 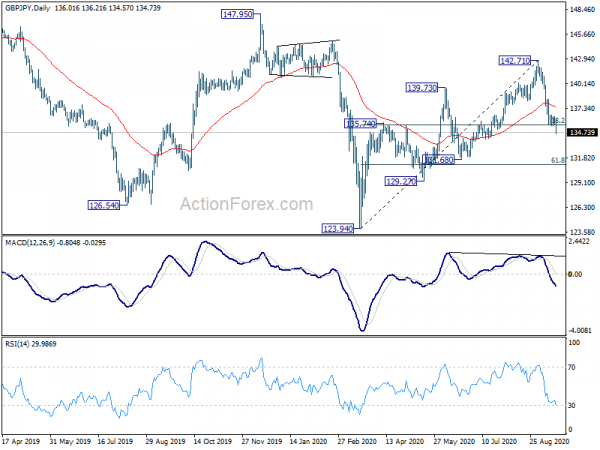 GBP/CHF was rejected by 1.1831 minor resistance. Break of 11598 temporary should pave the wave to retest 1.1102 low. The development could also affirm medium term bearishness for down trend resumption. 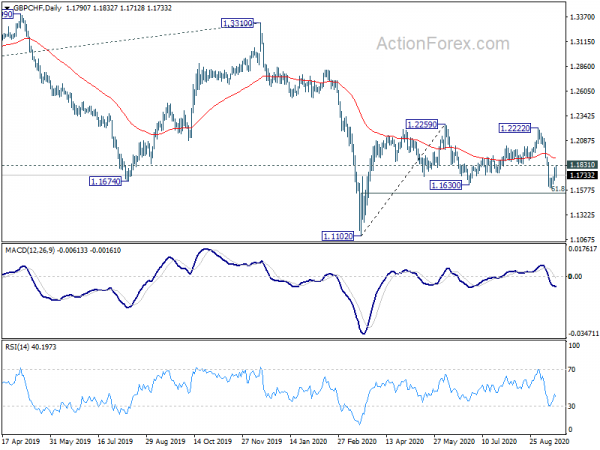 US initial jobless claims dropped to 860k, continuing claims down to 12.6m

Also released, Philadelphia Fed manufacturing index dropped to 15.0 in September, down form 17.2, above expectation of 14.5. Housing starts dropped to 1.42m annualized rate in August while building permits dropped to 1.47m.

BoE kept Bank Rate unchanged at 0.1% as widely expected. The target of asset purchases was also held at GBP 745B. Both decisions were made by unanimous votes. The central bank pledged to continue to “monitor the situation closely and stands ready to adjust monetary policy accordingly to meet its remit”. It “does not intend to tighten monetary policy until there is clear evidence that significant progress is being made in eliminating spare capacity and achieving the 2% inflation target sustainably.”

The central bank also noted that “recent domestic economic data have been a little stronger than the Committee expected” at the time of the August Monetary Policy Report. However, “it is unclear how informative they are about how the economy will perform further out.” Recent increases in coronavirus cases is some parts of the world “have the potential to weigh further on economic activity”. Meanwhile, “there remains a risk of more persistent period of elevated unemployment”.

In the minutes, it’s noted that the Committee “had discussed its policy toolkit, and the effectiveness of negative policy rates”. The MPC had been briefed on the plans to explore how a negative Bank Rate could be implemented effectively, should the outlook for inflation and output warrant it at some point during this period of low equilibrium rates.”

BoJ Kuroda: Given the pandemic, inflation is falling quite a lot in many countries

BoJ left monetary policy unchanged as widely expected. Under the yield curve control framework, short term interest rate is kept at -0.1%. BoJ will also continue to purchase JGBs, without upper limit, to keep 10-year JGB yield at around 0%. The decision was made by 8-1 vote as usual, with Goushi Kataoka dissented, pushing to strengthen monetary easing.

In the post meeting press conference, Governor Haruhiko Kuroda said “domestic and overseas markets remain jittery but tensions have eased somewhat.” He pledged that “the BOJ will continue with measures that are exerting positive effects in the economy”.

On exchange rate, Kuroda reiterated that “currency rates should move in a way that reflects economic fundamentals.” He maintained the stance of “watching currency moves carefully from that perspective.”

NZD/JPY trades lower today after failing to sustain above 4 hour 55 EMA. Focus is now back on 69.89 support. Break there will firstly resume the decline from 71.97. Secondly, that will add to the case that whole rise form 59.49 has completed with five waves up to 71.97. A deeper correction would then be underway to 68.75 support and probably further to 38.2% retracement at 67.20. 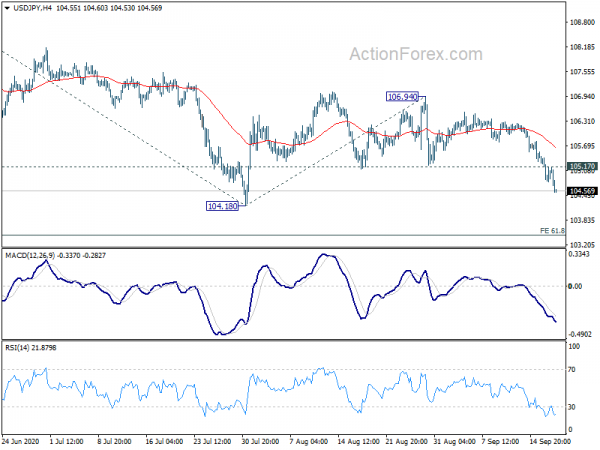 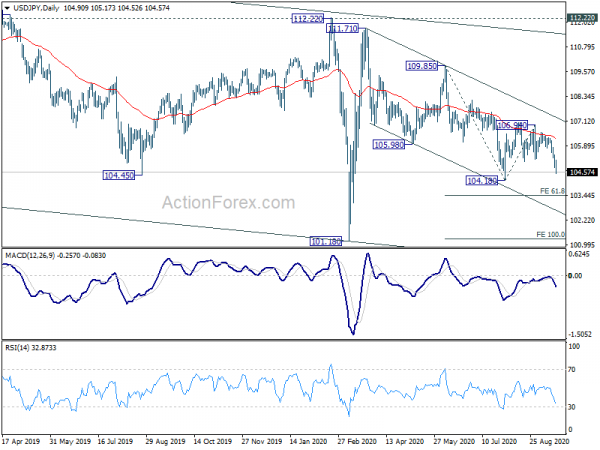