Asian markets are trading mildly lower today, following the weakness in US overnight. While DOW dropped more than -900 pts during the session, it managed to pare back half of the losses to close down -509.72 pts only. Following that, Dollar and Yen retreated some gains while Gold also recovered. Trading also turned a bit quiet with Japan staying on holiday. But volatility could increase again ahead, depending on the development in the risk markets.

Technically, Dollar’s rally remains relatively unconvincing for now. EUR/USD is still holding above 1.1737 temporary low, GBP above 1.2762 support, AUD/USD above 0.7192 support, USD/CHF below 0.9200 resistance. These levels will continue to be watched to confirm Dollar’s underlying strength.

As for the development in the global stock markets, Hong Kong HSI is worth a mention. It finally took out 24167.78 key near term support yesterday, after prior rejection by 55 day EMA. Development is clearly bearish that whole rebound from 21139.26 has completed. HSI is likely heading back to retest this support level. While HSI is currently steady, any renewed selloff today, as European traders enter into the markets, could be an indication of more risk aversion for the rest of the day.

Fed Powell: Economic activity has picked up from its depressed Q2 level

In the remarks released ahead of Tuesday’s testimony, Fed Chair Jerome Powell said “economic activity has picked up from its depressed second-quarter level:. Economic indicators showed “marked improvements” including household spending, housing, business fixed investment and labor. However, both employment and overall economic activity “remain well below their pre-pandemic levels”. The path ahead continues to be “highly uncertain”.

“A full recovery is likely to come only when people are confident that it is safe to reengage in a broad range of activities,” he added. “The path forward will depend on keeping the virus under control, and on policy actions taken at all levels of government. Fed remains “committed to using our full range of tools to support the economy for as long as is needed.”

Dallas Fed President Robert Kaplan said in a telephone interview that if Fed makes the pledge to keep rates near-zero into 2023, “you need to fulfill it, unless there’s an extraordinary reason why you can’t…. My worry was that this would encourage in the shorter run more risk- taking and maybe create imbalances and instabilities.”

As the economy recovers, the so call-neutral rate will rise. In that case, he said, “if you keep your setting of the fed funds rate exactly where it is, you are actually increasing the level of accommodation.” If unemployment rate approaches 3.5% while inflation is a little below 2%, ” do you actually want to be increasing the level of accommodation? I don’t know if you do or don’t, and that’s the point,” he added.

Fed Bullard: Not much of an imperative for a new fiscal package

St Louis Fed President James Bullard said there’s not much of an “imperative” about a new fiscal package now.”It seems like, at least in some broad macroeconomic type of calculation, we have enough resources to cover this,” he said in a Bloomberg interview.

“We might be able to sustain a recovery through this,” he said. “I’m hopeful we still have enough in the pipeline to push us through, get the growth going in the second half of the year. That certainly seems to be what’s happening in the third quarter. I think that will continue in the fourth quarter and the first part of next year.”

RBA Deputy Governor Guy Debelle outlined four possible options for monetary policy over the period ahead in a speech. The first option is for buying bonds further out along the curve. RBA has focused on three-year yield as target because, unlike the US, Australian financial instruments price predominantly off the short end of the curve. Nonetheless, ‘additional bond purchases would have some effect in lowering longer-term interest rates.”

The second option is foreign exchange intervention but it’s not clear if this would be effective as the Australian dollar “broadly aligned with its fundamentals.” Recent movements in AUD exchange rate partly reflects “the depreciation of the US Dollar”, the “high price of iron ore”, and “relatively better growth outcomes”. A lower exchange rate would “definitely be beneficial” for the economy and “we are continuing to watch developments” in the forex markets. 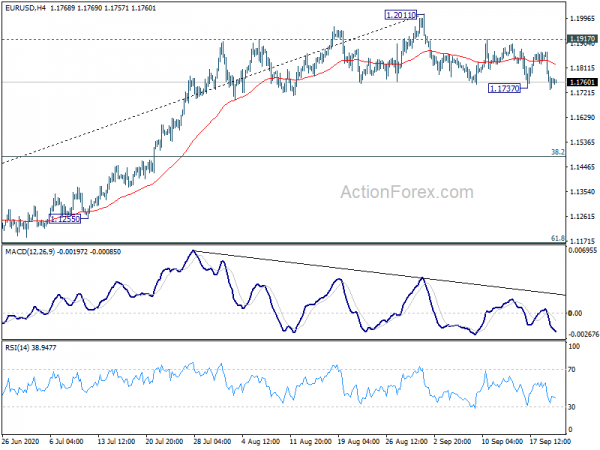 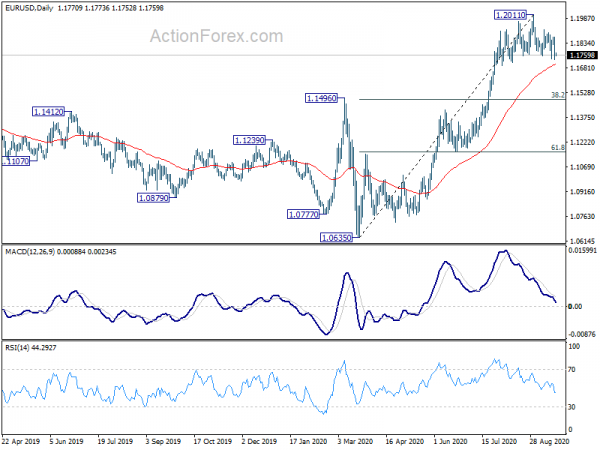