The overall markets are relatively steady today. Dollar attempted for a brief rally in early European session. But it quickly retreated together with mild recovery in stocks. Though, there seems to be no committed buying in the equities market yet, while US futures also point to lower open, risk aversion could come back any time. As of the time of writing, Yen and Dollar remain the stronger ones for the week, Kiwi and Aussie weakest. Sterling is mixed even though UK Prim Minister Boris Johnson announced some coronavirus restrictions that could stay in place for six months.

Technically, the case for a stronger rally in Dollar is building up. Yet, we’d still prefer to see clean break of 1.1737 support in EUR/USD and 1.2762 support in GBP/USD at least. Similarly, we’d also prefer to see another fall in gold through yesterday’s spike low of 1882.24 to giver us more confidence on Dollar’s momentum. 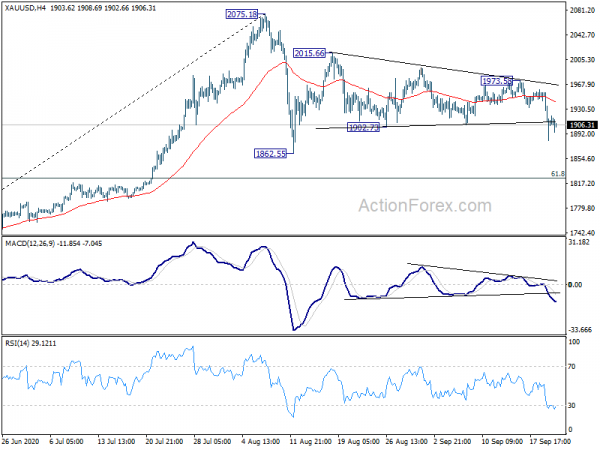 Ifo: German economy to contract only -5.2% this year, enormous uncertainty due to coronavirus, Brexit and trade wars

Ifo said Germany’s recession was “rather mild compared with other countries”. Spread of the coronavirus was brought under control with less restrictive measures. Industrial production was also less affected by government’s measures. Still, GDP will not reach its pre-crisis level until Q2 of 2021.

Ifo chief economist Timo Wollmershaeuser noted, however, “the degree of uncertainty in our forecasts is enormous because nobody knows how the coronavirus pandemic will develop, whether there will be a hard Brexit after all, and whether the trade wars will be resolved. ”

In the MPC meeting minutes released last week, BoE indicated that it’s looking at how it would implement negative interest rates effectively when necessary. But Governor Andrew Bailey said in an online talk today, “it doesn’t imply anything about the possibility of us using negative instruments.”

“We have looked hard at the question of what scope is to cut interest rates further and particularly negative interest rates,” he added. He also noted the the experience of negative rates elsewhere was “mixed” only. The effective depends on the structure of the banking system and the timing of the move.

Also, Bailey acknowledged the resurgence of coronavirus infections in UK was “very unfortunate” and “does reinforce the downside risks”.

RBA Deputy Governor Guy Debelle outlined four possible options for monetary policy over the period ahead in a speech. The first option is for buying bonds further out along the curve. RBA has focused on three-year yield as target because, unlike the US, Australian financial instruments price predominantly off the short end of the curve. Nonetheless, ‘additional bond purchases would have some effect in lowering longer-term interest rates.”

The second option is foreign exchange intervention but it’s not clear if this would be effective as the Australian dollar “broadly aligned with its fundamentals.” Recent movements in AUD exchange rate partly reflects “the depreciation of the US Dollar”, the “high price of iron ore”, and “relatively better growth outcomes”. A lower exchange rate would “definitely be beneficial” for the economy and “we are continuing to watch developments” in the forex markets. 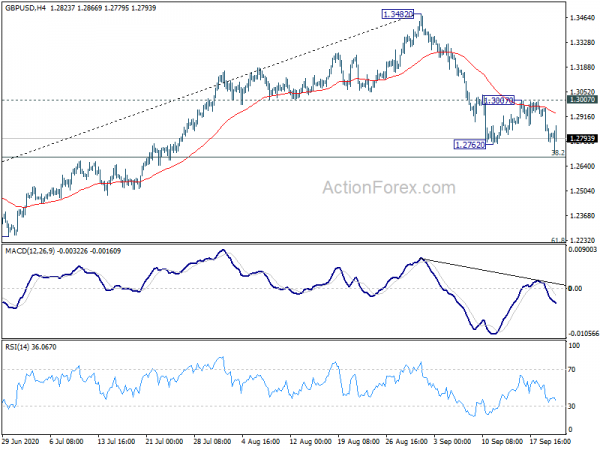 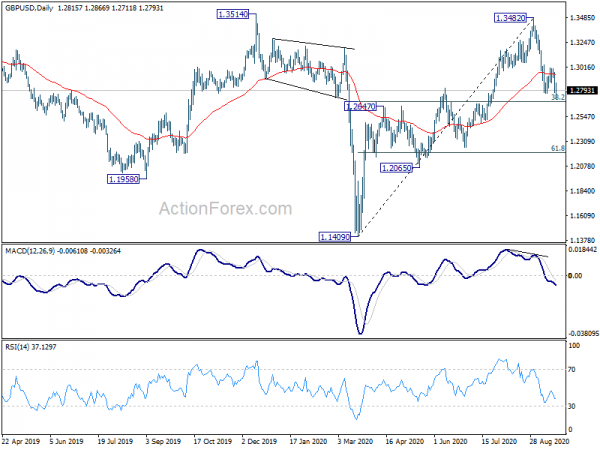