The markets are relatively quiet in Asian session with an empty economic calendar. Aussie recovers mildly as markets are paring back expectations of imminent RBA rate cut in October. Even Westpac pushed back the forecast to November as the theme of “Team Australia”, announcement of monetary and fiscal stimulus on the same day on October 6, didn’t play out well last week. Dollar is currently the weakest one, paring back some of last week’s gains.

Technically, Dollar’s retreat is somewhat helping the Japanese Yen mildly. EUR/JPY breaks last week’s low and it’s now eyeing 122.23. Decisive break there will bring deeper fall towards next fib level at 119.25. 104.92 minor support in USD/JPY could be the key to decide whether Yen could take off. Break would indicate completion of recent rebound form 104.00 in USD/JPY. That would likely drag other Yen crosses lower too.

BoE Tenreyro: Evidence of negative rates has been encouraging

BoE policymaker Silvana Tenreyro said in a Sunday Telegraph interview that the evidence from negative interest rates in Eurozone and Japan “has been encouraging”. Negative rates had succeeded in lowering companies’ borrowing costs while maintaining bank’s profitability.

“There has been almost full pass-through of negative rates into lending rates in most countries,” she added. “Banks adapted well – their profitability increased with negative rates largely because impairments and loss provisions have decreased with the boost to activity and the increase in asset prices.”

The V-shaped recovery in the UK economy is threatened by resurgence of infections locally, and a weak global economy. “Flare-ups like we’re seeing may potentially lead to more localized lockdowns and will keep interrupting that V,” she said. “Another factor interrupting the V is a very weak global outlook, with high uncertainties, particularly with a second wave already striking many countries.”

ECB Governing Council member Ignazio Visco said “the euro’s recent strengthening is worrying us because it generates further downward pressures on prices at a time when inflation is already low.”

“The monetary policy implications are obvious: if the downward pressures jeopardise our price stability objective, we’ll have to intervene,” he added. “If, however, opposite effects were to emerge, the measures we’ve already taken could suffice.”

ECB de Cos, Euro movements mean no room for complacency in monetary policy

Another ECB Governing Council member Pablo Hernandez de Cos told Spanish newspaper La Razon that inflation is foreseen to stay well below target. Recent appreciation in Euro’s exchange rate means there is “no room for complacency”. Significant monetary stimulus should stay in place.

He added that it’s crucial to stay flexible with the execution of quantitative easing program to avoid fragmentation in the financial markets. Also, more actions should be made should they be needed.

US Presidential debate and economic data to highlight the week

US events will take center stage this week, spotlights on the first Presidential Debate on September 29, when Donald Trump and Joe Biden meet one-on-one at Case Western Reserve University in Cleveland. In addition, a number of Fed policymakers will speech throughout the week.

On the data front, US consumer confidence, ISM manufacturing and non-farm payrolls will be watched by all, as well as PCE inflation. Elsewhere, Eurozone CPI and unemployment, Japan Tankan survey, Canada GDP, Australia retail sales, New Zealand business confidence, China PMIs will catch some attentions too. 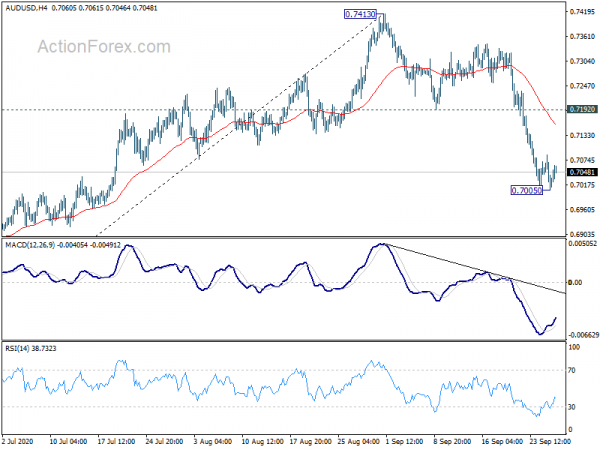 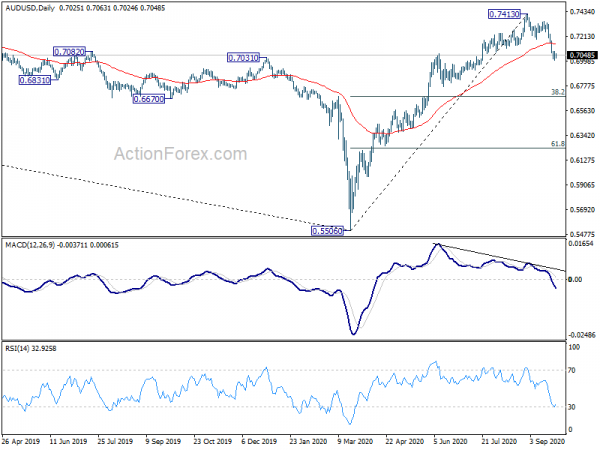