Australia’s Dollar’s decline is resuming today as RBA minutes, as well ass comments from a top official solidify the case for imminent easing in November. Weaker risk sentiments also weigh on commodity currencies in general, after US stocks reversed initial gains to close sharply lower. Euro and Swiss Franc continue to lead the way higher. Dollar and Sterling are mixed for now, stuck in range. Political developments including US elections and Brexit negotiations might have to be cleared before traders commit to a direction.

Technically, EUR/AUD’s firm break of 1.6586 resistance was a clear bearish sign for Aussie for the near term. We’re now waiting to see GBP/AUD breaking 1.8411 resistance to confirm underlying selling in Aussie. In the case, GBP/AUD would at least be correcting the fall from 2.0854 to 1.7493, with 38.2% retracement at 1.8777 as next near term target. Ideally, such a move should also be accompanied by break of 0.7005 support in AUD/USD and 73.97 support in AUD/JPY. 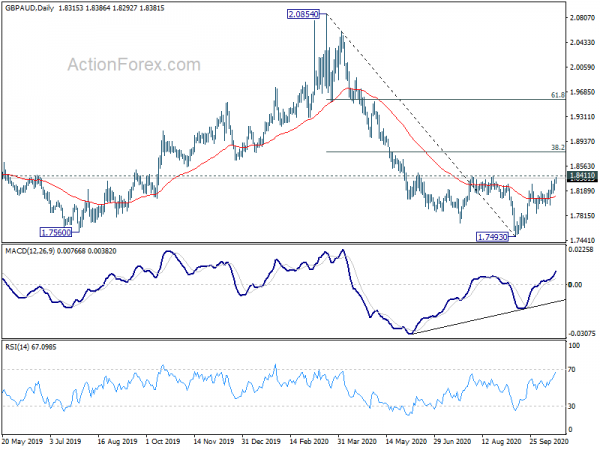 New Zealand NZIER Business Confidence improved to -40 in Q3, up from -63. That is, a net 40% of firms surveyed expected deterioration in general business conditions, comparing to 63% a quarter ago. Own trading activity also turned position to +1, up from -37.

“This result supports our expectations of a V-shaped recovery in economic activity, as the New Zealand economy responds to the unprecedented amount of stimulus measures implemented by the Government and Reserve Bank,” NZIER said.

Swiss will release trade balance in European session while Germany will release PPI. Eurozone current account will also be released. Later in the day, US housing starts and building permits will be featured. 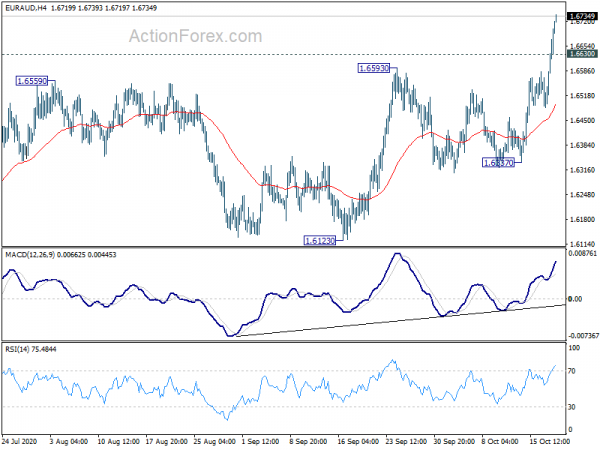 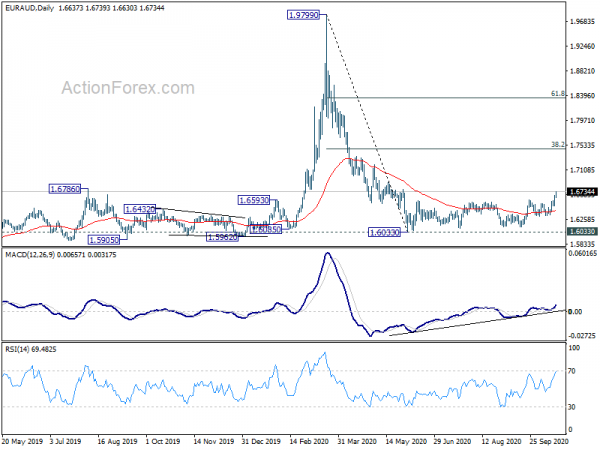