Movements in the forex markets remain relatively limited and indecisive. There were little reaction to the steep decline in US stocks overnight, which is followed by broad based weakness in Asia. For now, Dollar, Yen and Kiwi are the firmer ones for the week. Canadian Dollar remains the worst performing as dragged down by oil prices. Euro and Swiss Franc are following. Still, most major pairs and crosses are stuck inside last week’s range, with exception of a few Loonie pairs.

Technically, Dollar’s rebound attempt is rather unconvincing for now. EUR/USD and GBP/USD are holding around 4 hour 55 EMAs which provide the support. USD/CHF and USD/JPY are holding below the same EMAs which provide resistance. USD/CAD is the larger mover but it’s limited well below 1.3259 resistance so far. Nevertheless, as stocks could be preparing itself for an extended near term selloff, we could see Dollar picking up more momentum. Let’s see.

US stocks were knocked down by triple whammy of stalled stimulus talks, record coronavirus infections, and election uncertainties. Traders are clearly reducing risk exposures. DOW closed down -650 pts, or -2.29%, at 27685.38. The break of 55 day EMA should now confirm rejection by 29199.35 resistance on the prior up move. Corrective pattern from 29199.35 should have started the third leg. Deeper fall is likely towards 26537.01 support for the near term. That might happen even by the end of the week if selling intensifies.

AUD/NZD hits correction target, takes a breather before next move

AUD/NZD could be an interesting cross to note in the upcoming two weeks. Risk markets are now preparing for the next move after US election. The development in the cross would provide the guidance on which currency to move “faster” next. Additionally, how RBA is going to fulfil market expectations of easing on November 3, also next week, would be another factor. 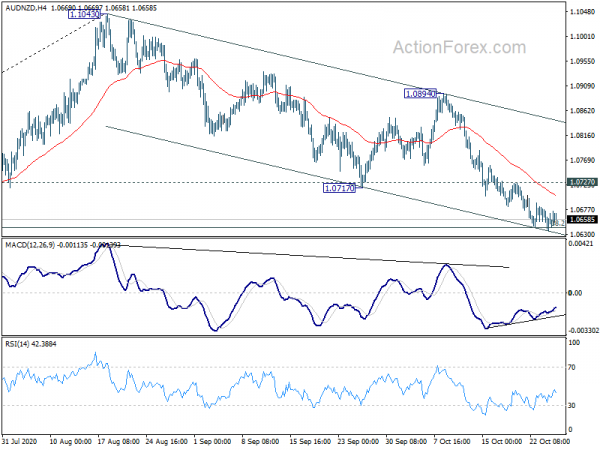 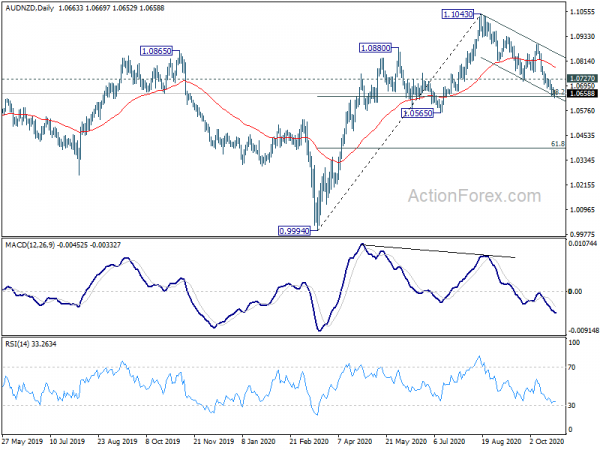 New Zealand trade deficit widened to NZD -1B in Sep

Eurozone M3 and UK CBI realized sales will be released in European session. But focuses will be mainly on US data, including durable goods orders, house price indices and consumer confidence. 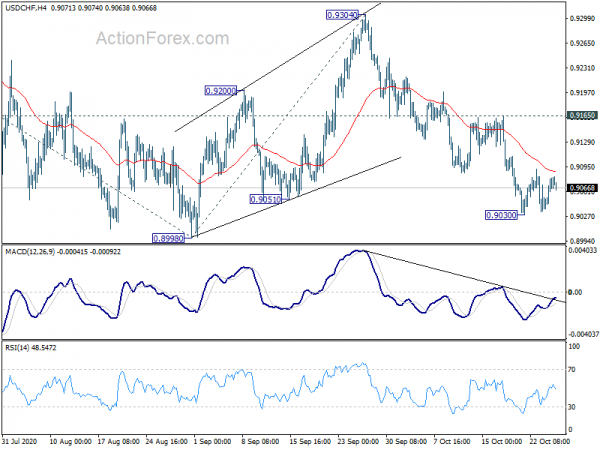 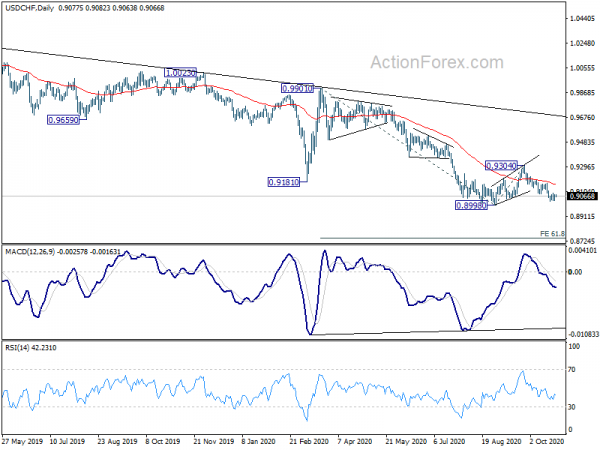