Sterling turns generally lower in quiet holiday-mood trading today. Sellers are back in control as there appears to be no path out of the Brexit trade talk deadlocks yet. And, time is running out clearly. Overall, Yen and Dollar remain the worst performing ones of the week, on general optimism over coronavirus vaccines. New Zealand Dollar remains the strongest while Australian Dollar shrugs off China’s tariffs and stays the second best. 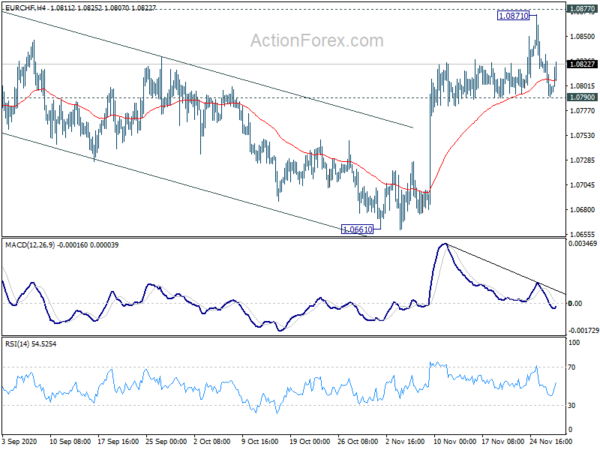 On the UK side, Prime Minister Boris Johnson said, “Clearly there are substantial and important differences still to be bridged but we’re getting on with it.” He added, “the likelihood of a deal is very much determined by our friends and partners in the EU — there’s a deal there to be done if they want to do it.”

But he also added,  “recalibration of instruments must focus in particular not only on the level of monetary support, but also on the duration, flexibility and efficient targeting, in short, the quality of monetary policy transmission.”

Eurozone Economic Sentiment Indicate dropped markedly to 87.6 in November, down from 91.1, but beat expectation of 86.5. Employment Expectations Indicator posted the second fall in a row, down -3.3 pts to 86.6. Amongst the largest euro-area economies, the ESI plunged in Italy (-8.7) and France (-4.8), while its losses were more contained in Germany (-2.8) and Spain (-2.0). The Netherlands bucked the trend with a moderate improvement in sentiment (+1.0).

According to the second estimate, France GDP grew 18.7% in Q3, after the -13.8% decline back in Q2. Despite the strong bounce, GDP remained well below the level it had before the pandemic. In volume terms, GDP was down -3.9% yoy. 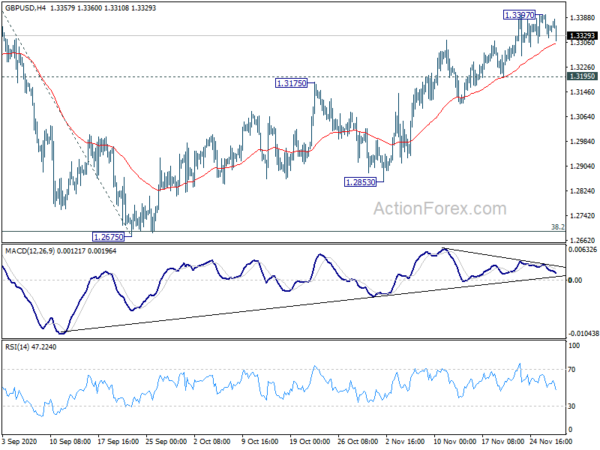 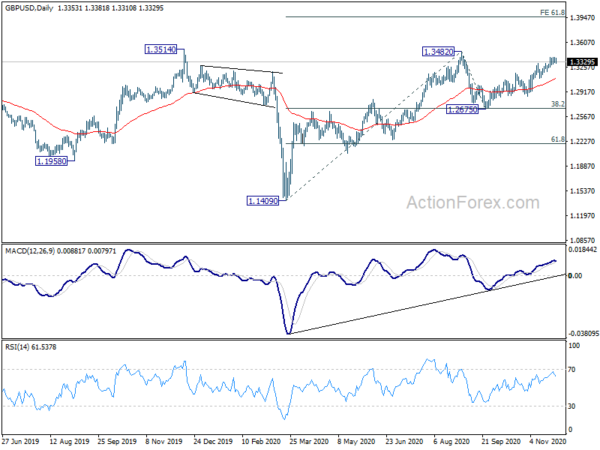