Australian Dollar overtakes Sterling as the strongest one for the week, as supported by return of risk-mode markets. In particular, industrial metal is having strong rally with copper trading up 2% at the time of writing. Sterling shrugs off poor retail sales but was supported by PMI and upbeat comments from BoE official. Euro is also strong as boosted by strong manufacturing PMIs from Eurozone, Germany and France. On the other hand, Dollar is now experience heavy selloff.

BoE MPC member Gertjan Vlieghe said in a speech that “if the economy evolves broadly in line with our February central projection, then in my view it is likely that no further monetary stimulus is required… we will just complete the already announced QE programme”.

Though also, “given how low I think the neutral rate of interest is, there is no hurry at all to remove stimulus”, he added. “My preferred path for policy would be to keep the current monetary stimulus in place until well into 2023 or 2024, long enough to judge whether economic slack has indeed been eliminated fully, and inflation has returned to target sustainably, rather than being pushed up by temporary factors.”

Chris Williamson, Chief Business Economist at IHS Markit, said: “The UK economy showed welcome signs of steadying in February after the severe slump seen in January… In contrast, the manufacturing sector’s performance worsened amid escalating Brexit-related export losses and supply chain disruptions… More encouragingly, although the data hint at a renewed contraction of the economy in the first quarter, business expectations for the year ahead improved to the highest for almost seven years, suggesting the economy is poised for recovery. Confidence continued to be lifted by hopes that the vaccine roll-out will allow virus related restrictions to ease, outweighing concerns among many other firms of the potential further damaging impact of Brexit-related trading issues.”

In the three months to January, retail sales dropped -4.9%, compared with the previous three months, with strong declines in both clothing stores and automotive fuel. Total sales volumes were at -5.5% below pre-pandemic level in February 2020.

Chris Williamson, Chief Business Economist at IHS Markit said: “Ongoing COVID-19 lockdown measures dealt a further blow to the eurozone’s service sector in February, adding to the likelihood of GDP falling again in the first quarter. However, the impact was alleviated by a strengthening upturn in manufacturing, hinting at a far milder economic downturn than suffered in the first half of last year. Factory output grew at one of the strongest rates seen over the past three years, thanks to another impressive performance by German producers and signs of strengthening production trends across the rest of the region.

“Vaccine developments have meanwhile helped business confidence to revive, with firms across the eurozone becoming increasingly upbeat about recovery prospects. Assuming vaccine roll-outs can boost service sector growth alongside a sustained strong manufacturing sector, the second half of the year should see a robust recovery take hold.

“One concern is the further intensification of supply shortages, which have pushed raw material prices higher. Supply delays have risen to near-record levels, leading to near-decade high producer input cost inflation. At the moment, weak consumer demand – notably for services – is limiting overall price pressures, but it seems likely that inflation will pick up in coming months.”

BoJ is set to review its monetary policy tools in March, to make the massive stimulus program “more sustainable and effective”. It’s reported that the central bank could replace some numerical guidelines for ETF purchases. A source to Reuters noted that “to make the BOJ’s policy sustainable, it needs to avoid buying too much ETFs when doing so is unnecessary”.

Japan PMI manufacturing rose to 50.6, but services dropped to 45.8

Andrew Harker, Economics Director at IHS Markit, said: “A key positive from the flash PMI data for Australia is the strongest pace of job creation since late-2018…. On a less positive note, growth in the economy has been accompanied by stronger inflationary pressures… Another factor potentially putting the brakes on growth, particularly in the manufacturing sector, is the ongoing disruption to supply chains amid global shipping problems which showed no sign of letting up.”

Ben James, Director of Quarterly Economy Wide Surveys, said: “There continues to be variations in retail sales between states and territories, as COVID-19 restrictions are tightened or eased in different parts of the country.” 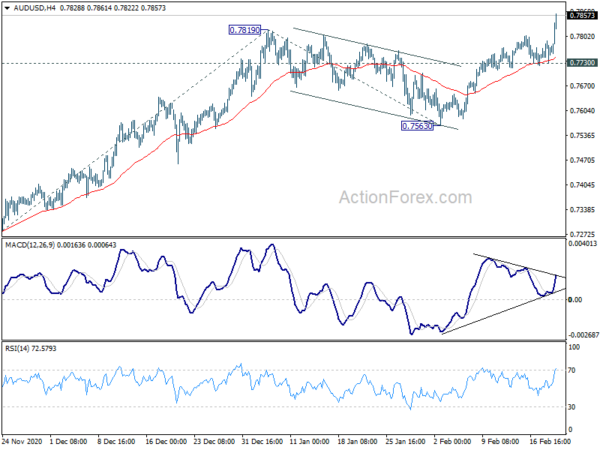 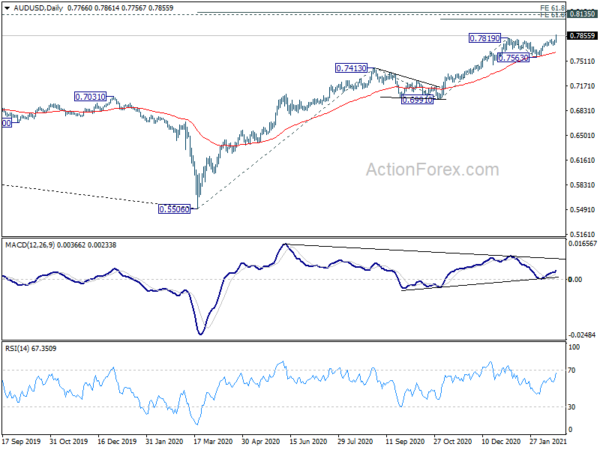