As DOW hit another record with strong rise overnight, team risk-on is extending the lead over team risk-off in the currency markets. New Zealand Dollar is having a mild upper hand over Australian, Canadian and Sterling for now. But the Loonie is trying to catch up with rising oil price. On the other hand, after heavy selling Swiss Franc and Yen are still having no sign of recovery yet. Dollar and Euro are only better than the two weakest. 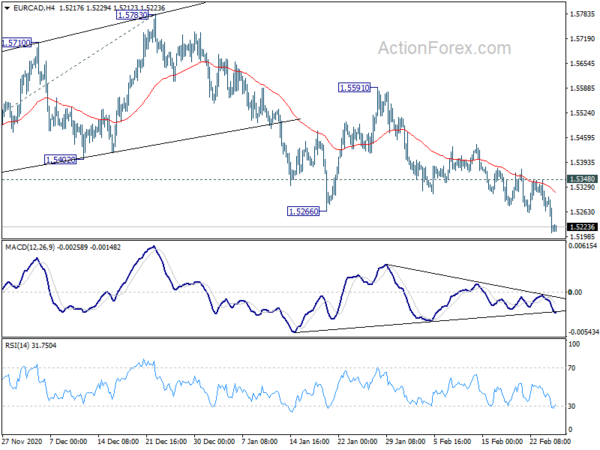 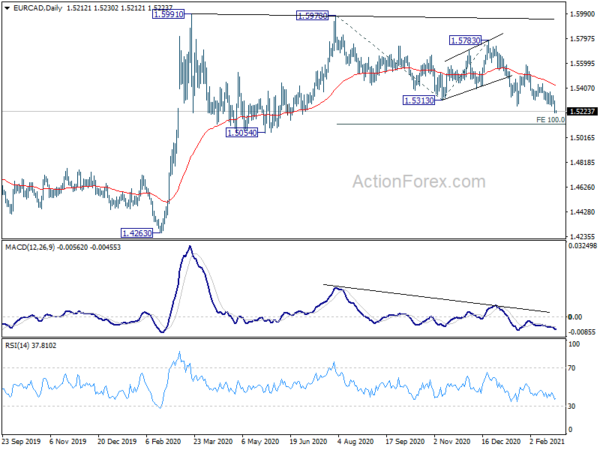 DOW surged to new record high overnight as markets took Fed Chair Jerome Powell’s message from the semiannual testimony clearly. That is, Fed is in no way near stimulus exit. The economy is “a long way” from Fed’s employment and inflation targets. He reiterated that Fed “will not tighten monetary policy solely in response to a strong labor market”. Additionally, Fed aims to “achieve inflation moderately above 2% for some time”.

There were also some encouraging data as retail sales “stepped up considerably” in January. Housing sector has “more than fully recovered from the down turn”. Business investment and manufacturing production have “rebounded robustly”.

Overall, vaccine developments, and the new fiscal relief measures indicated that “the prospects for the economy in 2021 and beyond have brightened and the downside risk to the outlook has diminished.”

New Zealand ANZ Business Confidence dropped to 7.0 in February, down from December’s 9.4, and preliminary reading of 11.8. Confidence was highest in retails at at 15.6, followed by construction at 12.9, services at 10.8 and manufacturing at 3.6. Agriculture confidence was at -38.1.

ANZ said, “overshoot in demand resulting from the disruptions of 2020 is beginning to dissipate, and we expect the economy to go broadly sideways for a while as it digests the national income hit from the decimated tourism industry and as the housing market cools to something more sustainable.”

From Australia, private capital expenditure rose 3.0% in Q4 versus expectation of 0.6%. 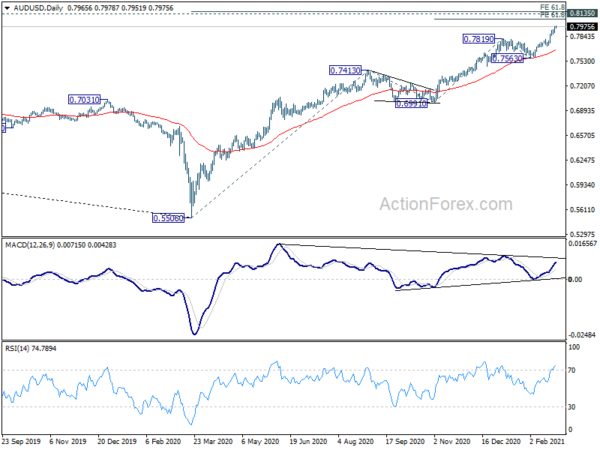