Dollar and Yen are both under pressure again today, as broad based risk sentiments improved. In particular, the volatile Nikkei managed to close up more than 2%. New Zealand Dollar is leading other commodity currencies higher too. But Canadian Dollar and Sterling are the strongest ones for the week at this point. The Loonie is lifted by WTI oil price, which is back above 66 handle. Sterling is booted by reopening optimism and slightly better than expected job data.

Technically, GBP/USD’s break of 1.4165 resistance now puts focus on 1.4240 high. Firm break there will resume larger up trend from 1.1409. EUR/USD also looks ready to break through 1.2181 temporary top to retest 1.2348 high too. Similarly, USD/CHF is also ready to break through 0.8984 temporary low towards 0.8756 key support. Affirming dollar bearish developments, Gold broke above medium term falling channel yesterday. Now, we’d see if gold can sustain above the channel resistance to confirm completion of whole correction from 2075.18, at 1676.65. 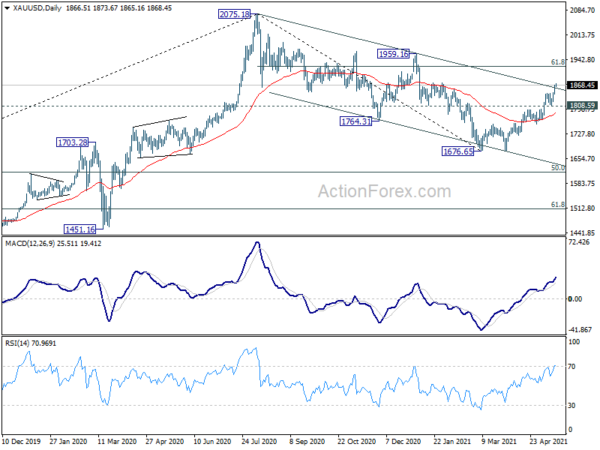 UK unemployment dropped to 4.8% in the three months to March, down from 4.9%, better than expectation of 4.9%. Unemployment rate remained 0.8% higher than pre-pandemic period of December 2019 to February 2020. Employment rate was estimated at 75.2%, -1.4% below pre-pandemic level. Average earnings including bonus rose 4% 3moy, below expectation of 4.6% 3moy. Average earnings excluding bonus rose 4.6% 3moy, matched expectations. Claimant count dropped -15.1k in April.

BoE MPC member Gertjan Vlieghe said yesterday that inflation is likely to overshoot the 2% target later this year, due to temporary bottlenecks and base effects. Though, “the fact that we’re going to have, or we’re likely to have, temporarily high growth rates and temporarily high inflation in the coming months, is not the main concern of monetary policy,” he said.

“Instead, monetary policy will focus on returning to inflation sustainably to its target, which requires focusing on the medium term outlook,” he added.

Minutes of RBA’s May 4 meeting reiterated that rate hike was unlikely “until 2024 at the earliest”. Members would “consider whether to retain the April 2024 bond as the target bond for the 3-year yield target or to shift to the next maturity” in July.

Concerning QE, the members suggested they were “willing to undertake further bond purchases if doing so would assist with progress towards the Bank’s goals of full employment and inflation”. All actions are dependent on incoming economic data.

However, given that unemployment rate (5.6%) has stayed markedly above RBA’s long-term target of 4-4.5%, the central bank would likely extend QE with another AUD 100B at the July meeting.

Australian Dollar trades mildly higher earlier today, mainly due to broad based risk sentiment. AUD/JPY is struggling in range below 85.78, as consolidation continues. There is no change in the bullish outlook with 83.91 support intact. Upside break through 85.78 is in favor, and up trend from 59.89 should then target 90.29 long term structural resistance.

However, break of 83.91 support will delay the bullish case. AUD/JPY could have a deeper correction towards 55 week EMA (now at 79.33) first, before resuming the up trend at a later stage. 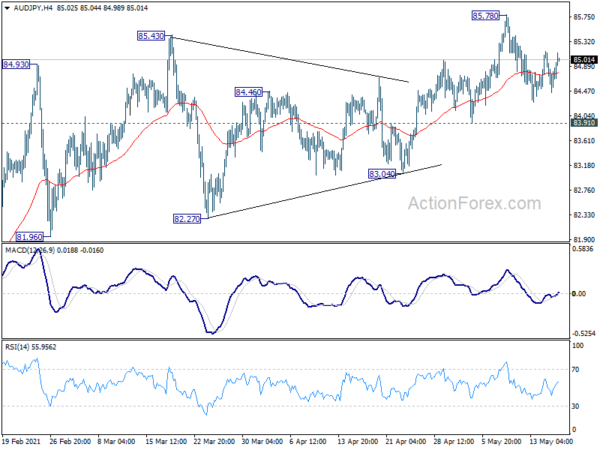 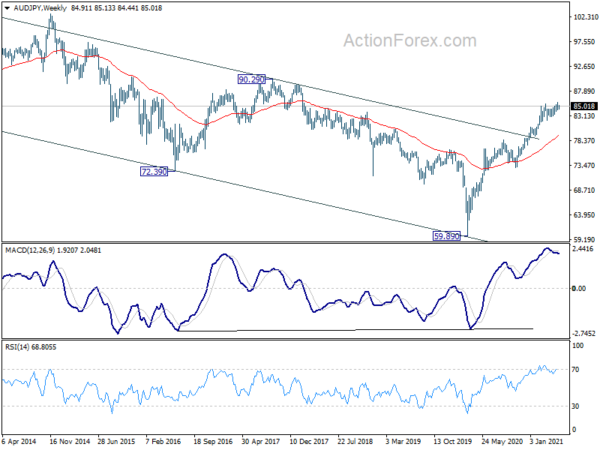 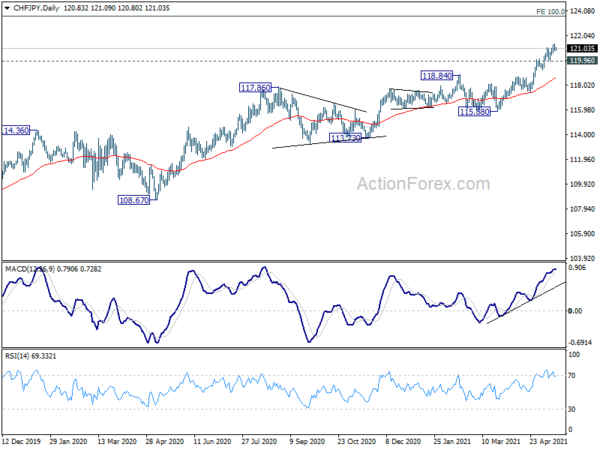 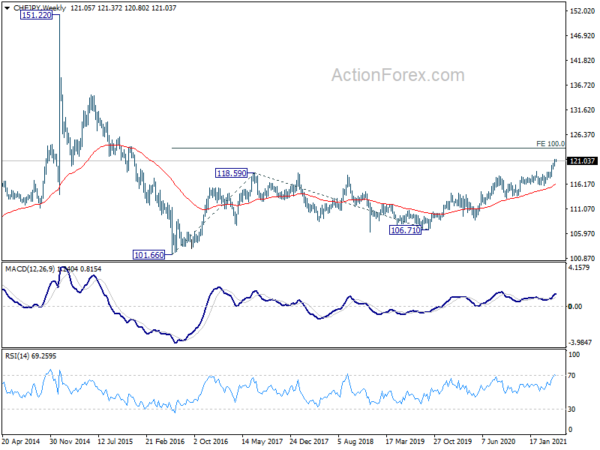 Eurozone trade balance and GDP will be the main feature in European session. US will release housing starts and building permits later in the day.

GBP/USD’s break of 1.4165 confirms resumption of rise from 1.3668. Intraday bias is back on the upside to retest 1.4240 high. Firm break there will also resumption whole up trend from 1.1409 to 1.4376 key resistance next. On the downside, break of 1.4004 support is needed to signal short term topping. Otherwise, outlook will remain bullish in case of retreat. 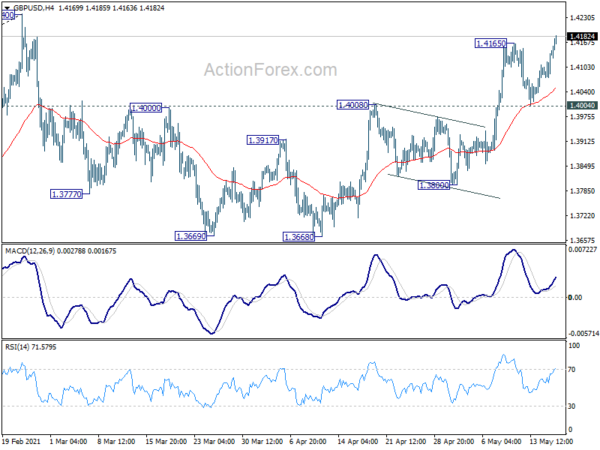 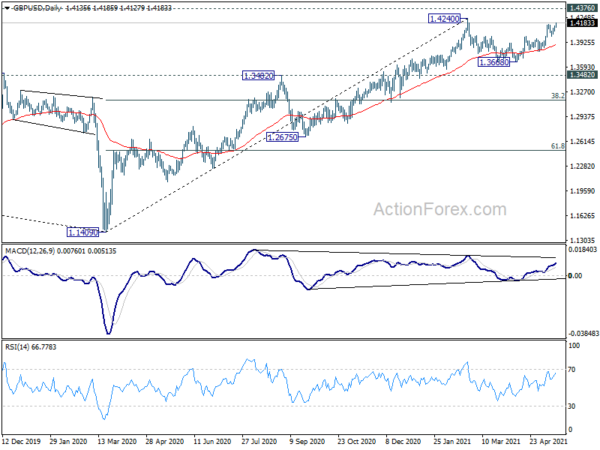