Dollar retreats mildly in quiet Asian session today, but loss is limited. Some consolidations will likely be seen and further rally in the greenback is still likely to follow. Yen is also slightly softer after worse than expected GDP data. On the other hand, Swiss Franc and Euro are trading mildly higher while Aussie is also recovering. Overall, Asian stocks are treading water, WTI oil is defending 80 handle while Gold is in sideway consolidation.

Technically, one focus for the week is whether commodity-yen crosses would finish near term corrective fall and stage rebounds this week. AUD/JPY is defending 55 day EMA and break of 84.16 minor resistance will likely bring stronger rise back to retest 86.24 high. Similarly, break of 91.68 minor resistance in CAD/JPY will suggest completion of pullback from 93.00, and bring retest of this high. 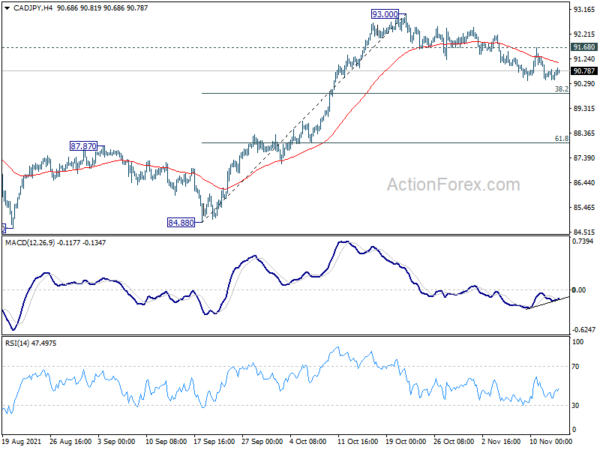 Economy minister Daishiro Yamagiwa said pace of pickup in the economy is weakening and policy support is needed. He also warned of downside risks from the global supply constraints. Prime Minister Fumio Kishida is expected to reveal a stimulus package “worth several tens of trillion yen” later this week on November 19.

In a speech with business leaders, BoJ Governor Haruhiko Kuroda said that CPI is likely to “increase moderately in positive territory for the time being”, reflecting rise in energy prices. Thereafter, “it is projected to increase gradually to about 1 percent as the output gap turns positive around the middle of next year.”

Real GDP is expected to recovery to pre-pandemic level in the first half of 2022. Thereafter, “as the resumption of economic activity progresses while public health is being protected, Japan’s economy is expected to follow a growth path that outpaces its potential growth rate, supported by relatively high growth in overseas economies and accommodative financial conditions.”

“The national economy was generally stable and maintained the trend of recovery,” the NBS said in a statement. “However, we must be aware that the international environment is still complicated and severe with many unstable and uncertain factors.”

Inflation and retail sales to highlight the week

Inflation data will catch most attention this week, with CPI from UK, Canada and Japan featured. UK, Germany and will New Zealand release PPI. Additionally, eyes will be on retail sales from US, UK and Canada. Other data to watch include a batch of data from China, regional Fed surveys and UK employment. 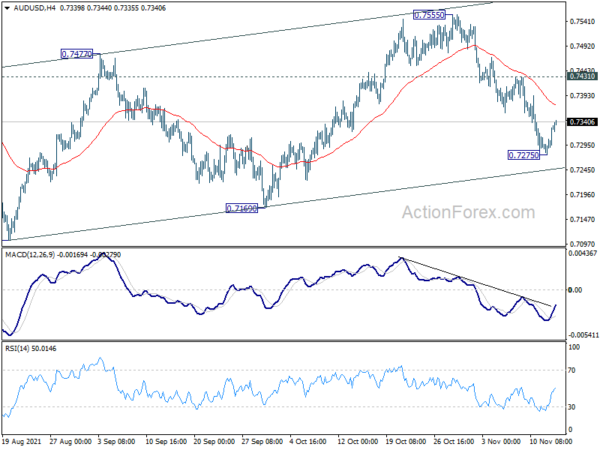 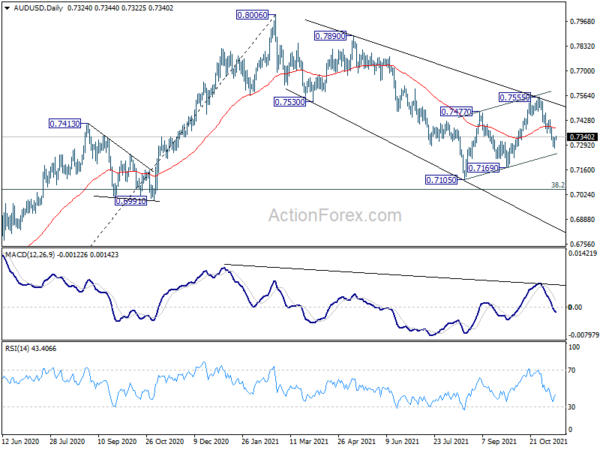