Dollar surged overnight after Fed Chair Jerome Powell was nominated for a second term by US President Joe Biden. The greenback stays firm in Asian session and is ready to extend its near term rally. On the other hand, New Zealand Dollar is trading notably lower, as traders are probably pricing out the chance of an aggressive 50bps RBNZ hike later in the week. Yen is also soft, following rebound in global benchmark treasury yields.

Technically, EUR/USD is starting to trade comfortably below 1.13 handle, but there is no clear downside acceleration yet. But the greenback does progress with upside breakout in USD/JPY. Gold’s sharp decline also affirms the underlying momentum of Dollar. A focus for the week is whether Gold’s selloff is enough to push it through 1800 handle, for at least a test on 1757.84 support. 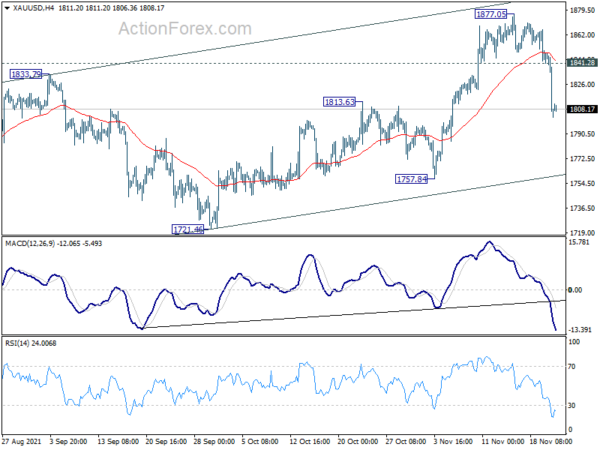 Twelve of the 15 industries had lower sales volumes. By industry, the largest movements were: Food and beverage services – down -19%; Motor vehicle and parts retailing – down -12%; Department stores – down -24%; Hardware, building, and garden supplies – -down 15%.

NZD/USD accelerating down to 0.6858 support first

Selling in New Zealand Dollar is taking off today as traders could be starting to price out an aggressive 50bps hike by RBNZ later in the week. NZD/USD’s decline from 0.7217 is re-accelerating as seen in 4 hour MACD. And it’s on track to take on 0.6858 support. 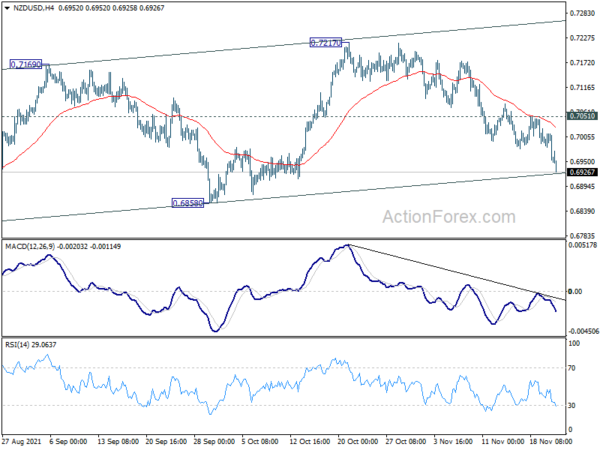 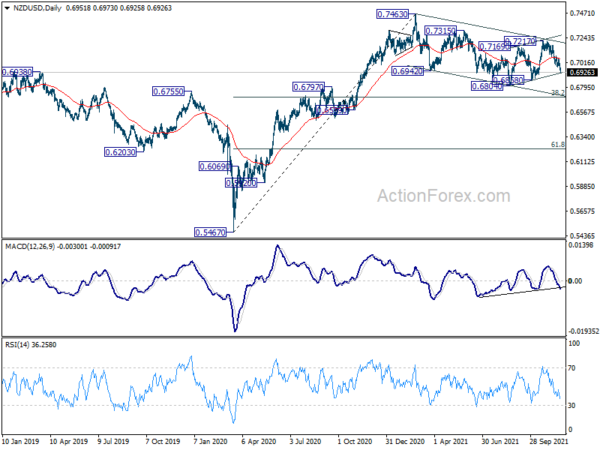 Some previews on RBNZ:

Jingyi Pan, Economics Associate Director at IHS Markit, said: “Supply chain issues featured strongly in the Australian PMI survey as delivery times lengthened, widespread shortages were reported and price increases continued to be seen. While some of these can be attributed to the presence of pent-up demand that was reported, it will be worth watching if the constraints clear over time.

“Overall business confidence improved in the latest survey and this was a very positive sign. Private sector firms were also more willing to expand their workforce capacity, though instances of labour shortages had continued to surface.”

PMIs from Eurozone, UK and US are the main focuses of the day. 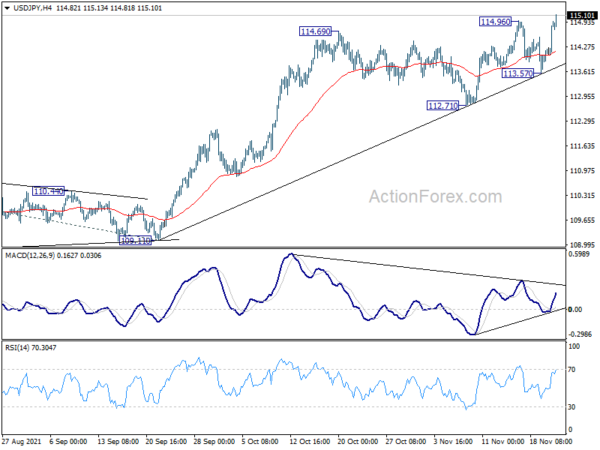 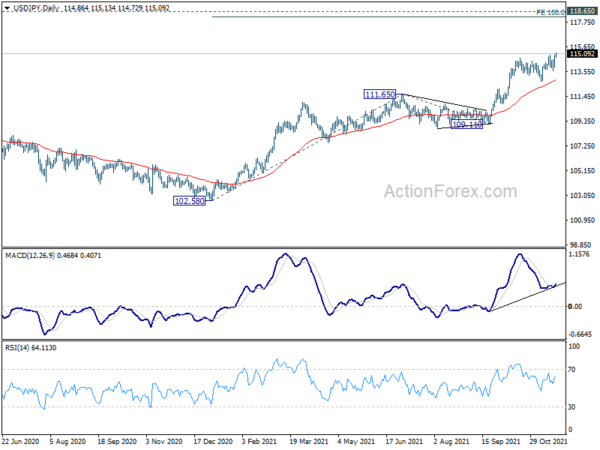