Action Forex
HomeAction InsightMarket OverviewDollar and Yen Rise Against as US Futures Dive, EUR/USD Ready for...

Dollar and Yen Rise Against as US Futures Dive, EUR/USD Ready for Downside Breakout?

Dollar and Yen rise again today as US futures point to sharply lower open. Yesterday’s strong U-turn seems lacking momentum to extend. But selling focus has somewhat turned to European session, with Swiss Franc leading the way lower. Commodity currencies, except Kiwi, are mixed. In other markets, Gold is staying in tight range above 1830. WTI crude oil is in range above 83. Bitcoin is also consolidation around 36k.

Technically, EUR/USD’s break of 1.1284 support now suggests that larger down trend from 1.2348 is probably ready to resume through 1.1185 low. We’ll now see USD/JPY would break through 115.05 minor resistance to reflect Dollar strength. Or it will break through 113.47 to indicate Yen strength, which could be see in downside acceleration in EUR/JPY in this case.

In an interview with Verslo žinios, ECB Chief Economist Philip Lane said, “in the near term, there are some risks from the Omicron variant. But I think it’s increasingly clear that the impact is only for a few weeks… In that sense, I think there’s less concern about Omicron than we had in December.”

On inflation, Lane suggested to think about 2020, 2021, and 2022 as “part of a pandemic cycle”. “In the first year 2020, inflation was relatively low. In the second half of 2021, inflation turned out to be quite high. And then, as we look into this year, 2022, we think inflation will remain high at the start of this year, but will fall later this year, especially towards the end of the year,” he said.

Lane also said if data suggests that inflation would be too high relative to 2% over the medium term, the response would be “to end net purchasing.” Then, only after ending net purchases “would we look at the criteria for raising the interest rates”.

Germany Ifo business climate rose to 95.7, a glimmer of hope

Ifo said: “While companies’ assessments of the current situation were somewhat less positive, their expectations improved considerably. The German economy is starting the new year with a glimmer of hope.”

Head of Prices Statistics at the ABS, Michelle Marquardt, said the most significant price rises in the December quarter were new dwellings (+4.2%) and automotive fuel (+6.6%).

Marquardt said: “Annual trimmed mean inflation is the highest since 2014, reflecting the broad-based nature of price increases, particularly for goods.”

“Overall, the December survey results are consistent with an economy that’s starting to slow, with some similarities to the data when NSW and Victoria were first entering lockdown,” said NAB Chief Economist Alan Oster. “That probably means conditions will fall in early 2022. However, we don’t expect the Omicron variant to derail the recovery longer-term.”

BoJ Governor Haruhiko Kuroda told the parliament today, “the BOJ will continue its ultra-easy policy so improvements in corporate profits and the economy prop up wages and gradually accelerate consumer inflation.”

“We remain vigilant to the risk prices may shoot up before wages begin to rise, or how (rising raw material costs) could hurt smaller firms. We must keep an eye out on these risks, while maintaining our current easy monetary policy,” Kuroda said.

Meanwhile, Prime Minister Fumio Kishida said, “it’s desirable to create an environment in which companies can pass on rising costs and raise wages, so that increasing consumption spurs economic growth and inflation.” 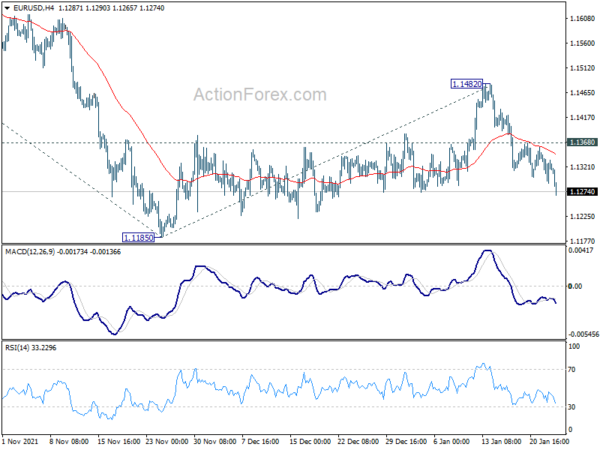 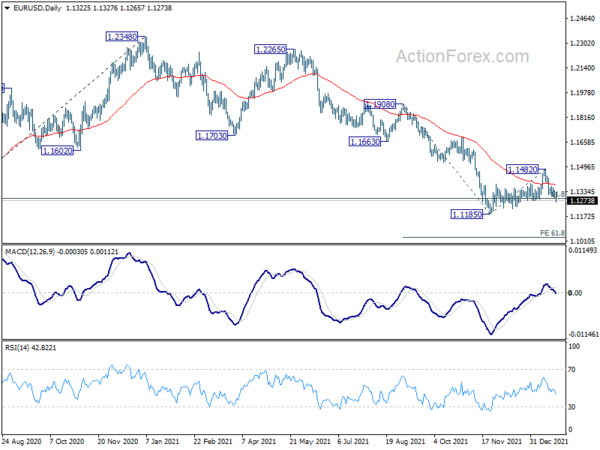