Canadian Dollar is currently the weakest one for today, following the pull back in oil prices. Japanese Yen is following as European and US yields are apparently trying to outpace benchmark JGB yield again. On the other hand, Aussie is trading slightly firmer, together with Kiwi and Dollar. Euro is paring some of the post-ECB gains, but the retreats are relatively shallow so far.

Technically, WTI crude oil is now pressing 4 hour 55 EMA (now at 89.20), which is close to the short term channel support. Sustained break there will argue that it’s already in correction to rise from 66.46 or even that from 62.90. In such case, deeper pull back would be seen back to 82.42/87.70 to set up the base for rebound. If happens, Canadian Dollar could be dragged further down. 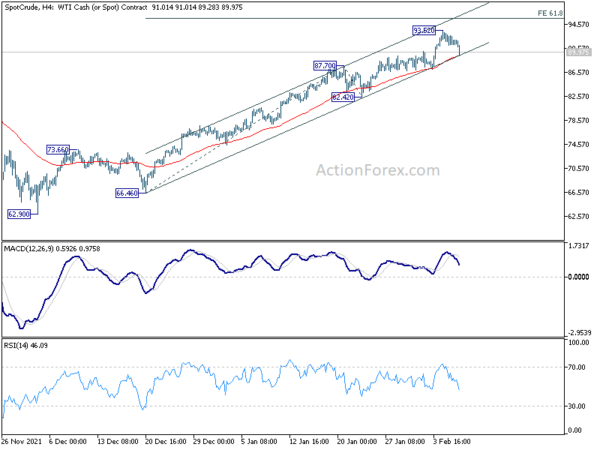 US trade deficit up slightly to USD 80.7B, deficit with China widened

ECB de Cos: Uncertainty around inflation very high due to geopolitical risks

ECB Governing Council member Pablo Hernandez de Cos said “risks to inflation are tilted to the upside in the short term.” Recent data on Recent data on inflation has shown surprising upwards trends both in headline inflation and core inflation. He added, that the level of uncertainty around inflation is very high also due to geopolitical risks.

De Cos emphasized that more than ever it is necessary to keep all options open on monetary policy. But for now, ECB policymakers are sticking to the sequencing, starting first with tapering, before raising interest rate.

He added, that the next move on monetary policy is clear but will be gradual and depend on data.

“Overall, the January survey shows significant disruption to business activity from the spread of the Omicron variant, albeit impacts on businesses were less severe than in past outbreaks,”said NAB Group Chief Economist Alan Oster. “However, we continue to expect a strong recovery as case numbers come down.”

RBNZ is currently commencing Central Bank Digital Currency (CBDC) proof-of-concept design work, which is a “multi-stage and multi-year effort”. The consultation on an issues paper Future of Money – Cash System Redesign, which closes on March 7, received 190 submissions so far.

Governor Adrian Orr said in a speech, “we must decide how best to use of digital technology to modernize central bank money, while we continue to ensure cash remains an option for those who need it. An innovative approach is needed to support a more efficient and resilient cash system, and the changes required are potentially far reaching”.

“The technology exists now to implement a CBDC, but it needs to be well designed. At a basic hygiene level, a CBDC must be user-friendly, resilient to cyber and other operational risks, and enable privacy. These features promote widespread trust and use.” 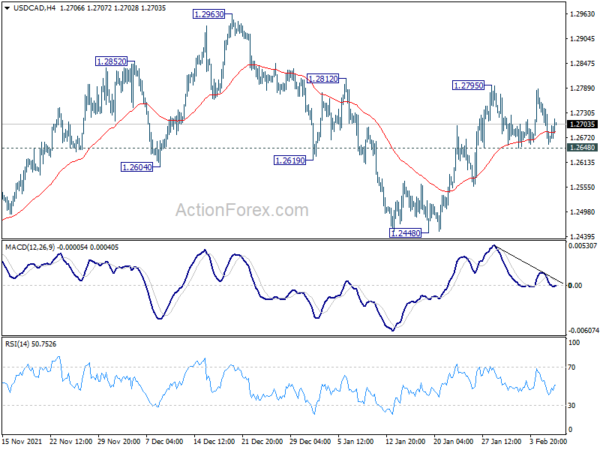 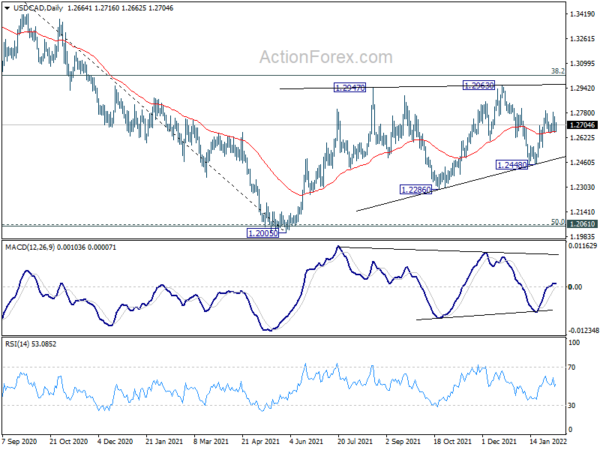