Yen’s strong rally continues in Asian session today, with help from risk-off sentiment as well as extended decline in US benchmark yields. Stocks are trading lower while investors are cautiously waiting for any concrete action by China over US House Speaker Nancy Pelosi’s visit to Taiwan. Dollar and Euro are also mildly firmer with Swiss Franc. On the other hand, Australian Dollar is leading other commodities Lower. RBA’s expected rate hike and a slightly more cautious statement provides little support to the Aussie.

Technically, EUR/USD finally breaks out of range to resume the rebound from 0.9951, even though momentum is unconvincing. Next focus is 1.0348 support turned resistance. Firm break there will add to the case of a larger scale rally, even that could still be a corrective move. Meanwhile, Gold is also extending the rise from 1680.83, with break of channel resistance. Firm break of 1786.65 will solidify the case of near term bullish reversal. Both EUR/USD’s and Gold’s next move might help each other. 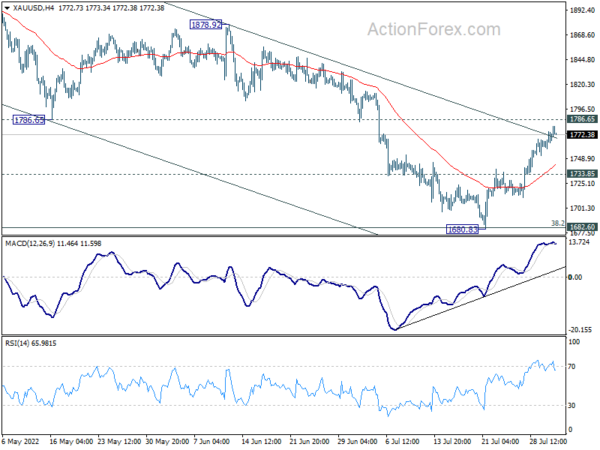 RBA hikes 50bps, normalization to continue but not on pre-set path

RBA raises the cash rate target by 50bps to 1.85% as widely expected. It also maintains hawkish bias, and noted, “the Board expects to take further steps in the process of normalising monetary conditions over the months ahead”.

Nevertheless, the normalization is “not on a pre-set path”. “The size and timing of future interest rate increases will be guided by the incoming data and the Board’s assessment of the outlook for inflation and the labour market,” it added.

“Behaviour of household spending” continues to be a “key source of uncertainty”. The central bank will “paying close attention to how these various factors balance out as it assesses the appropriate setting of monetary policy.”

AUD/JPY’s decline continues today after RBA delivered the 50bps rate hike as expected, and turned a bit cautious about the policy normalization path ahead. Of course, Yen’s persistent, broad-based rally elsewhere is a factor pressing the cross.

With 91.41 support taken out, immediate focus is now on 100% projection of 96.86 to 91.41 from 95.68 at 90.23. Firm break there will be a sign of downside acceleration. That would also raise that chance that it’s already in correction to the medium term up trend. In this bearish case, current decline should target next support zone between 95.78 and 87.28 next.

Nevertheless, above 92.27 minor resistance will indicate stabilization first, before taking the next move. 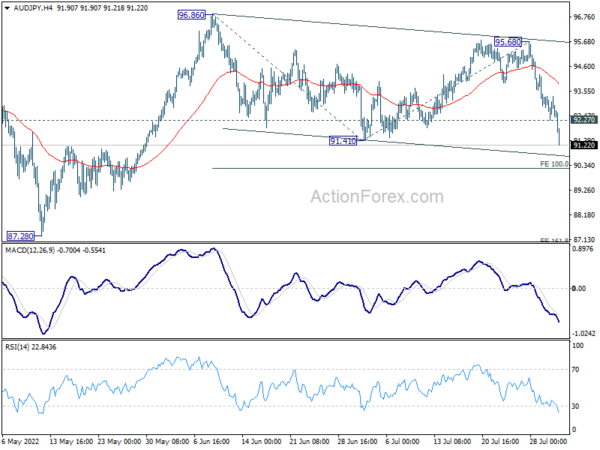 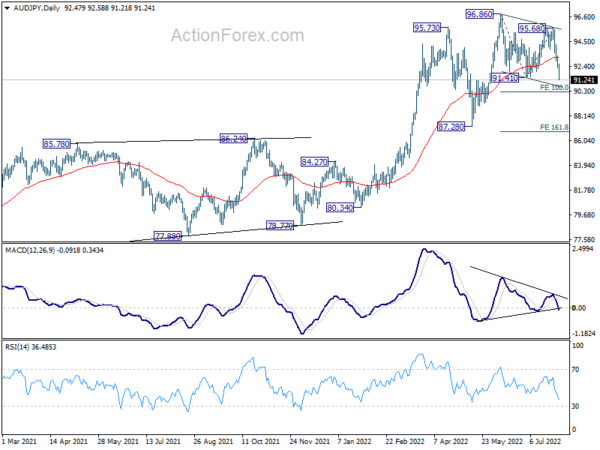 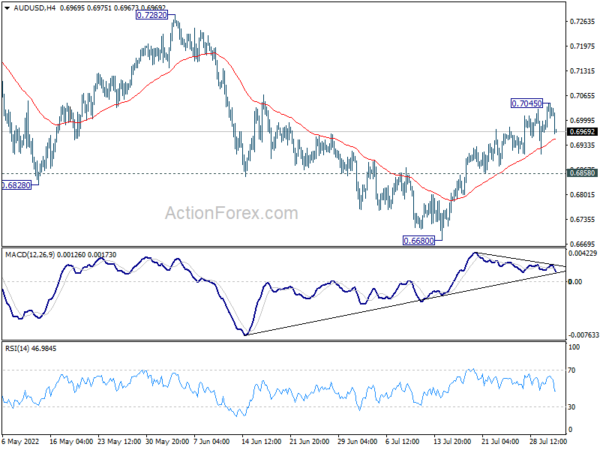 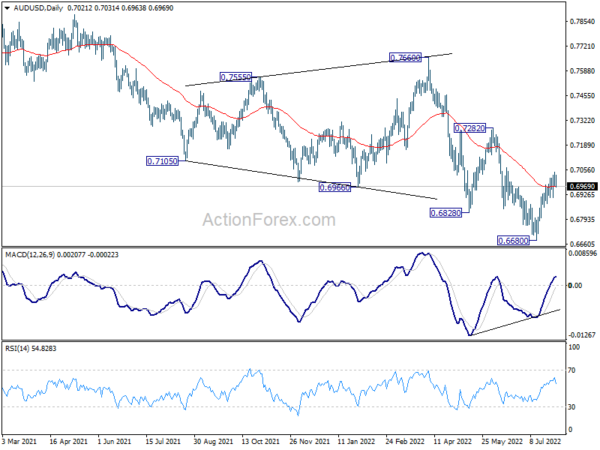