Dollar is sold off broadly after FOMC minutes indicated that a “substantial majority” of policymakers judged that slowing rate hike would “soon be appropriate”. For now, New Zealand Dollar is the strongest for the week, supported by RBNZ’s big rate hike. It’s followed by Sterling, and then Swiss Franc. Canadian Dollar and Yen are lagging behind others in the rally against the greenback. Euro is also mixed only, dragged by selloff against other Europeans.

Technically, GBP/USD’s break of 1.2028 resistance confirms resumption of recent rally. Focuses are now on 1.0481 resistance in EUR/USD, 0.6796 resistance in AUD/USD, 0.9355 support in USD/CHF, and 137.66 support in USD/JPY. Break of these levels will confirm that broad-based selloff in Dollar is back.

The minutes of FOMC November 1-2 meeting noted, the considerations that would influence the pace of future rate hikes include “the cumulative tightening of monetary policy to date, the lags between monetary policy actions and the behavior of economic activity and inflation, and economic and financial developments”.

“A number of participants” observed that, as monetary policy approached a stance that was “sufficiently restrictive”, it would become appropriate to slow the pace of rates increase.

Also, “a substantial majority of participants judged that a slowing in the pace of increase would likely soon be appropriate”.

BoC Macklem: We’re getting closer on rates, but not there yet

“Inflation has come down in recent months, but we have yet to see a generalized decline in price pressures,” Macklem said. “This tightening phase will draw to a close. We are getting closer, but we are not there yet.”

“We anticipate that (inflation) will stay quite high for the rest of this year. It will start to decline next year,” he noted.

RBNZ Orr: We are officially contractionary with monetary policy

RBNZ Governor Adrian Orr told a parliamentary committee, “We can all put our hands on our hearts across the committee and say we are officially contractionary with our monetary policy at this point.”

“We need to get actual and expected inflation down,” Orr said. “The committee agreed that we need to reach a higher level Official Cash Rate sooner than previously anticipated.”

“Our biggest surprises since August has been the persistence of global inflation… and domestically we are seeing price pressure everywhere,” said Orr.

Japan PMI manufacturing dropped to 49.4, services down to 50

“Activity at Japanese private sector firms declined for the first time in three months, according to November flash PMI data. Central to the latest downturn was a poor performance at Japanese manufacturing firms. Cooling demand conditions and acute inflationary pressures reportedly continued to hamper output and new orders… Meanwhile, services firms signalled no change in activity levels from the month prior.” 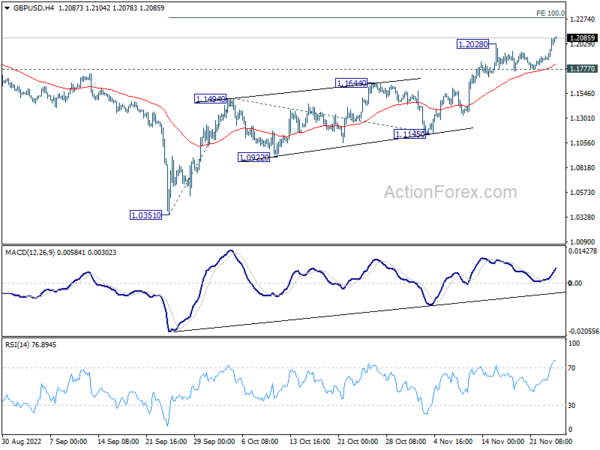 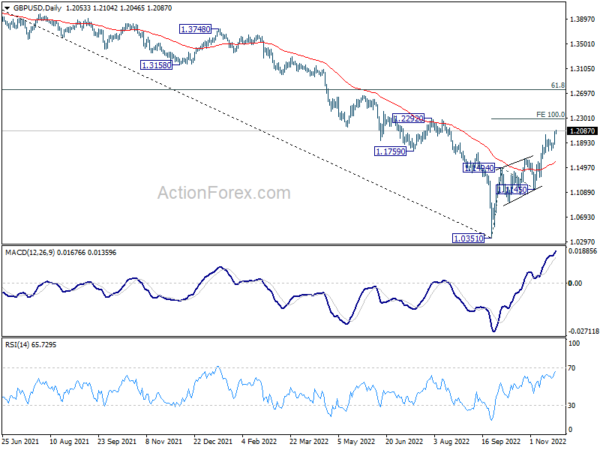