Yen’s selloff continues today, so are the rallies in US and European benchmark treasury yields. While the cap on 10-year JGB yields was raised earlier this month, there is still a cap. On the other hand, market sentiments appeared to be boosted by relaxation of outbound travel in China. Additionally, BoJ’s Summary of Opinions indicated that the board is in no way ready to exit the ultra loose monetary policy yet. As for today, Euro and Dollar are the next weakest while Kiwi and Aussie are the strongest ones. 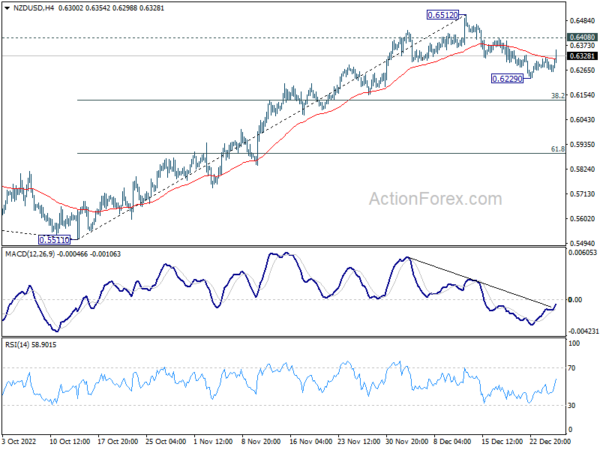 Australian Dollar is among the strongest ones for today, and appeared to be give a lift by China’s resumption of issuing outbound visas from January 8. Australia is among the top 10 destinations with fastest-growing search volume in China after the news, indicating its popularity in Chinese tourists. Tourism operators are hopeful that visitations will rebound strongly, which is 95 below the pre-pandemic levels.

Japan, India, Italy and South Korea all said they would be imposing tighter COVID-testing requirements on tourists from China, with concerns on the lack of transparency on infections and variants in the country. But there is nothing heard from the Australian government yet. 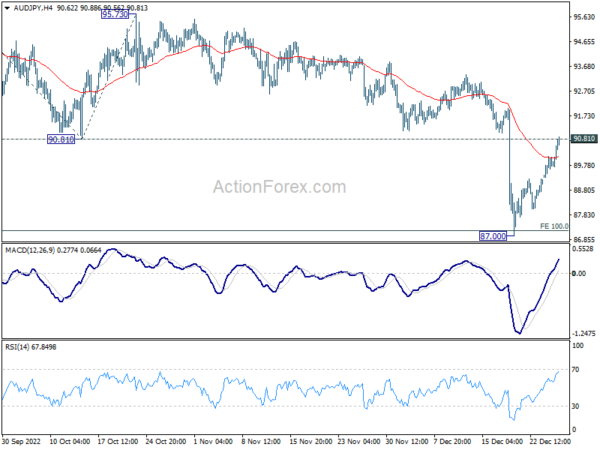 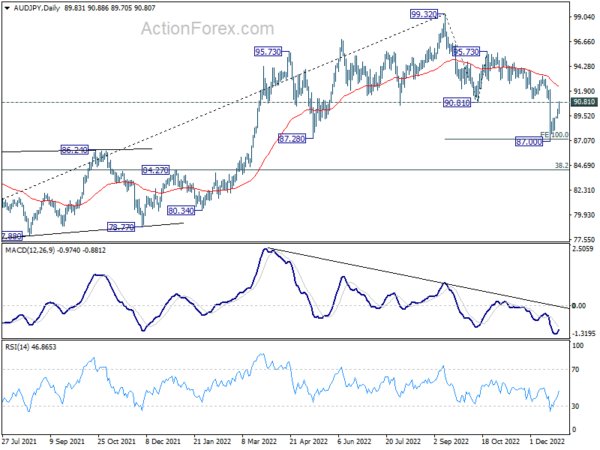 In the Summary of Opinions at BoJ’s December 19-20 meeting, several members noted that Japan is currently in a “critical phase” in achieving 2% inflation target. One noted that “signs of a virtuous cycle have started to be seen” between wages and prices”. This is “evidenced by the overall high levels of corporate profits and moves to increase wages amid tight labor market conditions.”

But “price stability is not considered to have been achieved”. Thus, it’s appropriate for BoJ to continue with the Quantitative and Qualitative Monetary Easing (QQE) with Yield Curve Control for as long as necessary, to “firmly support the economy and realize a favorable environment for firms to raise wages.

Many members noted the “deterioration in the functioning of bond markets”, and “distortion in the price formation of 10-year bonds”. Expansion of the range of 10-year JGB yield fluctuation will address the deterioration and distortion. But it’s “not intended to change the direction of monetary easing”. The expansion will “contribute to enhancing the sustainability of yield curve control”.

Japan industrial production declined -0.1% mom in November, better than expectation of -0.2% mom. But that’s still the third straight month of contraction, followed -3.2% mom in October and -1.7% mom in September.

Looking at some details, general machinery output was down -7.9%, production machinery was down -5.7% while auto products was down -0.8%.

The Ministry of Economy, Trade and Industry downgraded the assessment of industrial production to “weakening”. It expects output to rebound by 2.8% in December, then decrease -0.6% in January. 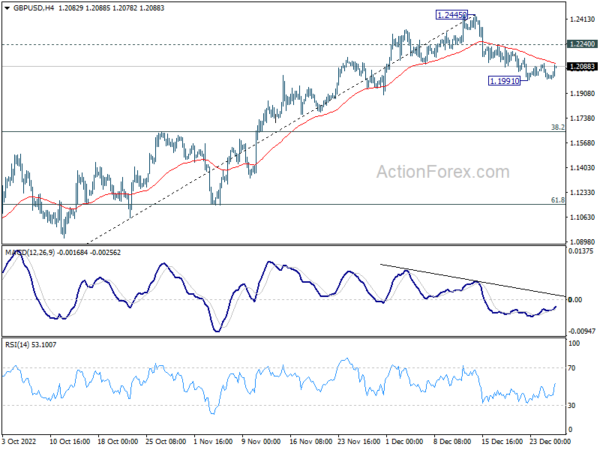 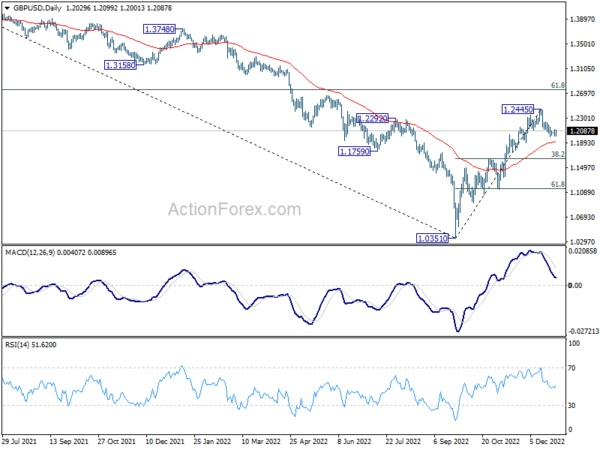