The forex markets turned mixed with an ultra-light economic calendar today, while the US is on holiday. Dollar is recovering slightly but it’s outperformed by Swiss Franc and Canadian. Yen is paring some of recent gains, as eyes turn to Wednesday’s BoJ policy decision. Sterling and Aussie are turning softer together with Euro. Overall, though, most major pairs and crosses are staying inside Friday’s range. 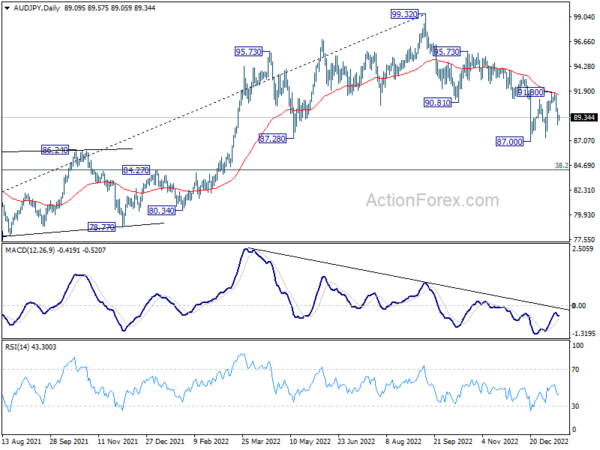 In the Chief Economists Outlook of the World Economic Forum, 63% of survey respondents said a global recession is likely this year, with 18% saying that it’s “extremely likely”. 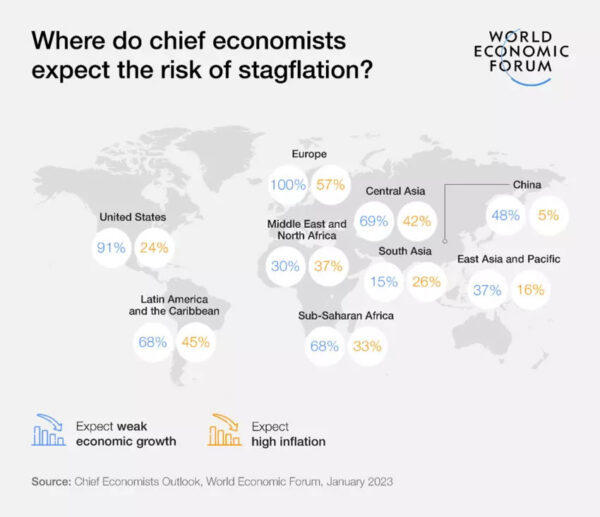 Canada manufacturing sales flat at CAD 72.3B in Nov

Japan PPI up 10.2% yoy in Dec, second highest on record

Japan PPI rose 10.2% yoy in December, accelerated from 9.7% yoy, above expectation of 9.5% yoy. The reading topped 10% handle for the second time in 2022, marking the second-largest gains on record, following the 10.3% yoy jump in September.

Japanese stocks, bonds and currency market remain rather nervous today, as traders are eyeing BoJ policy decision on Wednesday. The yield curve “distortion”, as described by the central bank, was getting more serious after 8- and 9-year yield surged past 0.6% handle last week. At the same time, 10-year JGB yield, closed at 0.514, is still firmly tied to the 0.5% cap. Both 8- and 9-year yield closed down but stayed above 10-year’s level at 0.624 and 0.632. 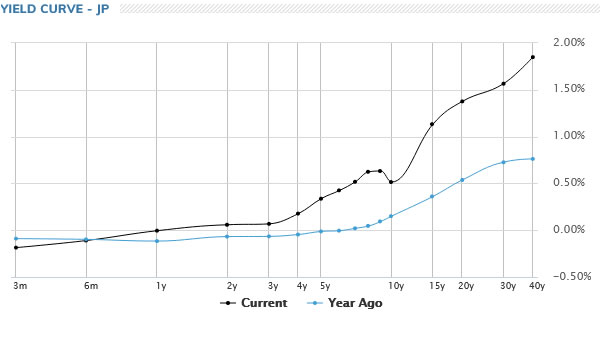 As speculation on a YCC tweak to rectify the distortion intensified , Nikkei declined -1.14% to close at 25822.32. Technically speaking, while deeper decline is possibly for the near term, strong support should be seen around 24681.74 to contain downside. The level is close to 55 month EMA, which stands at 24754.15. Nikkei has been continuously supported by the EMA, as well as the long term channel, for a decade, barring the initial two months of the pandemic. But a firm break of 24681.74 will indicate something rather substantial is happening. 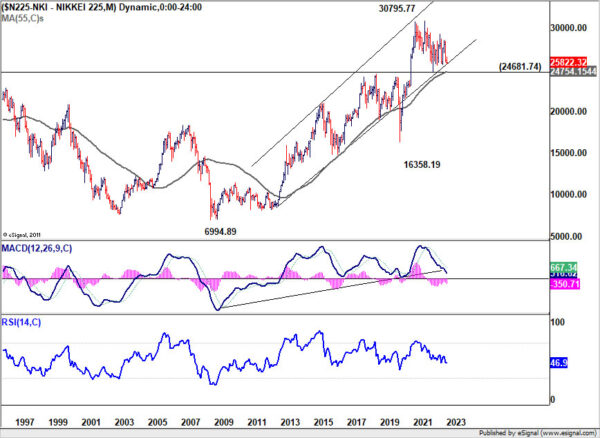 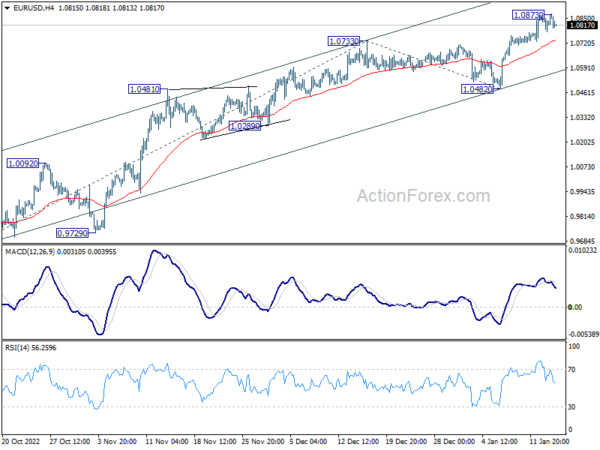 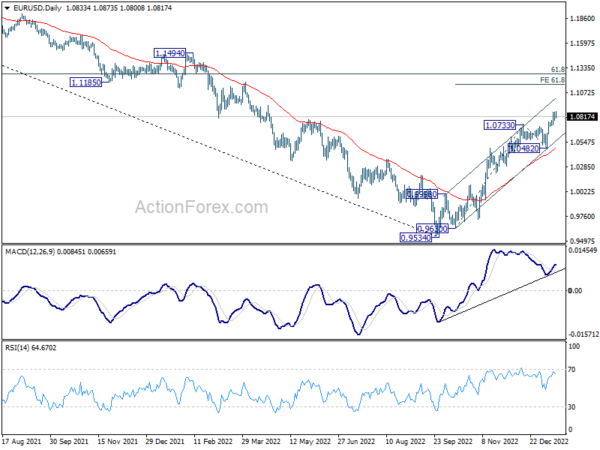