Yen remains the weakest one in early US session while strength in oil price is giving Canadian Dollar a strong boost. Dollar, on the other hand, reversed earlier gains and trades broadly lower, except versus Yen. Bullish momentum of the greenback seems to be exhausted ahead of heavy weight Thursday, with BoE rate decision and US CPI featured. In other markets, European indices are mixed, with DAX flat, CAC down -0.1% at the time of writing. FTSE is up 0.47%. US futures point to higher open though, as DOW could have another take on 55 day EMA at 24442.

Donald Trump confirmed that the US would withdraw from the Iran nuclear deal, an agreement reached in 2015 between Iran, the P5+1 (5 UNSC permanent members including US, France, Russia, UK, China + Germany) and the European Union. New sanctions, both financial sanctions and bans of oil exports, would be re-instituted on Iran. Geopolitical uncertainty would likely cause great volatility in the oil market in the near term. In the longer-term, we believe the move has more implications on geopolitics than oil fundamentals, both would affect oil prices and the financial markets, though. More in Lasting Impacts of Trump’s Unilateral Withdrawal from Iran Nuclear Deal.

French Foreign Minister Jean-Yves Le Drian criticized Trump’s decision to withdraw from the Iran deal as “isolationist, protectionist and unilateral logic.” And he added, “this is a break with international commitment and France deeply regrets this decision.”

But Le Drian emphasized that the Iran nuclear deal “is not dead”, and pledged to “bring businesses together in the coming days to try and preserve them as much as possible from the US measures.” And, “we must talk about Iran’s impressive ballistic missiles. Let’s talk about this with Iran, let’s put everything on the table but let’s stay in the accord, the accord is a good thing for the stability in the region and for our security.”

Japanese Prime Minister Shinzo Abe, South Korean President Moon Jae-in and Chinese Premier Li Keqiang met in Tokyo today for the first trilateral summit since 2015. The three leaders agreed to work together on denuclearization of North Korea. IN particular, Moon said that the actual steps to achieve it could be difficult. But the three countries will work together out the necessary steps needed. Li and Abe also oversaw the signing of a pact to set up a security hotline within 30 days.

Also, a Japanese official said that the leaders agreed to work on a free trade pact among the three countries. And, they will also work towards the proposed Regional Comprehensive Economic Partnership with Southeast Asian countries too.

In the upcoming Asian session, RBNZ is widely expected to keep the official cash rate unchanged at 1.75%. Sluggish inflation is a key factor giving RBNZ room for not acting. CPI slowed deeply to 1.1% yoy in Q1, sitting near the lower end of the target band. RBNZ Governor Adrian Orr also said after the release that “very benign inflation going forward without doubt, as we’ve forecast.” 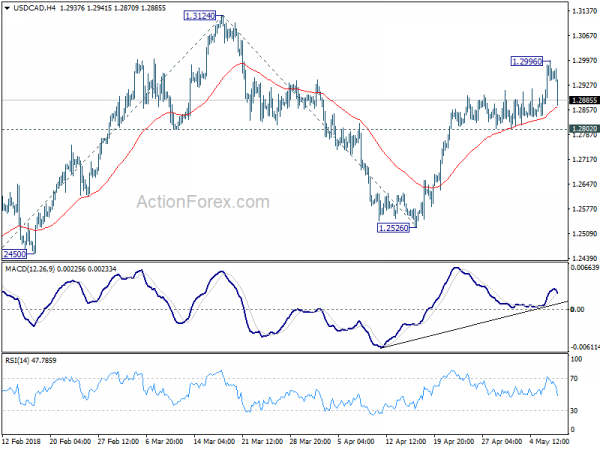 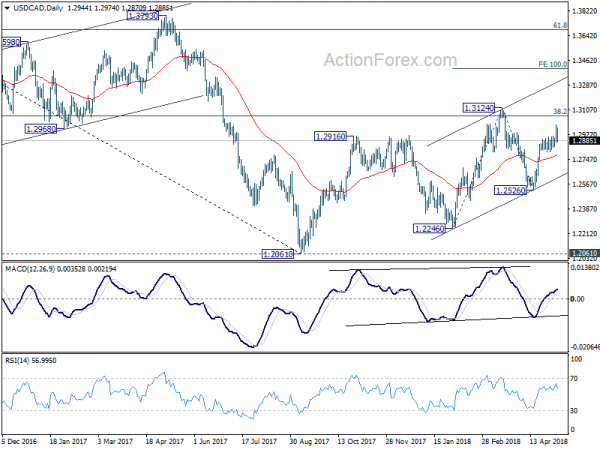