The financial markets were generally dominated by positive sentiments last week. Major global economic risks seemed to be receding generally, even though some uncertainties remain. The development was best seen in the strong rally in treasury yields. US 10-year yield closed the week up 0.059 at 2.56, above 2.554 key resistance and pointed to near term reversal. German 10-year bund yield closed up 0.055 at 0.059, positive and highest since late March. Even Australian 10-year yield also closed up 0.070 at 1.965, also highest since late March. Stocks lagged behind though, as DOW, DAX and China Shanghai SSE failing to make new highs.

In the currency markets, Yen and and Swiss Franc are the biggest losers of the weak. Dollar followed as third weakest but it’s indeed bounded in range against Sterling and Canadian. EUR/USD’s recovery also showed little conviction. Australian Dollar was the strongest helped additionally by up trend resumption in iron ore prices. Euro was second strongest, partly helped by rebound in crosses in EUR/CHF, EUR/GBP, EUR/AUD and EUR/CAD earlier in the week. It’s doubtful if Euro could sustain the momentum.

Major global economic risks seemed to be generally receding. Economic data from China continued to point to improving chance to avoid steepened slowdown. Surprised 14.2% yoy rise in Chinese exports as released on Friday triggered most of the moves in the markets. It’s a strong sign of robust global demand. But then, firstly, persistent decline in China imports was a clear indication of domestic weakness. Secondly, like manufacturing PMIs, March data could be distorted by seasonal factor in Chinese New Year.

US-China trade negotiations finally seemed to be making some significant progress. US Treasury Secretary Steve Mnuchin indicated that both sides have pretty much agreed on an enforcement mechanism, including establishments of so called enforcement offices. It seems that the talks have moved from the stage of terms to execution. Judging from that, Trump’s claim of having a deal in four weeks is not impossible. However, uncertainty on US trade policy remains as Trump could be moving his target to EU and Japan in the upcoming weeks, including the use of threat of auto tariffs.

An abrupt, no-deal Brexit is now temporarily off the table after EU granted UK a medium flexible Article 50 extension till October 31. While there is no resolution in the impasse in the Parliament, it has at least delayed the cliff edge by nearly six months. UK MPs could now even afford to have an Easter recess to have a reflection, as Prime Minister Theresa May urged.

FOMC minutes and comments from Fed officials continued to solidify its “patient” stance. To be more exact, interest rate is now at the lower end of neutral, and balance sheet runoff is set to end later this year. Monetary policy normalization is consider rather successfully completed with unemployment rate at decades low and core inflation just slightly below 2% target. It’s hugely different from the situation later year when Fed’s stance was move towards neutral if nothing special happened. Now, it’s “don’t move” if nothing special happens. Also, Fed officials continued to remind people that it’s got a “symmetric” inflation target. Thus, Fed’s stance would remain “don’t move” even if core inflation could hit above 2% level for a while.

S&P 500 was the relatively stronger major US stock index last week. Rise from 2346.58 extended last week and is on track to retest 2940.91 high. Based on current momentum, breach of 2940.91 could be seen. But still, we’re seeing such rise as the second leg of consolidation pattern from 2940.91 only. And, long term up trend shouldn’t be ready to resume yet. Another falling leg is still expected and break of 2873.33 support will bring near term reversal to 55 day EMA (now at 2795.56) first.

Dollar index gyrated lower last week and is staying in the consolidation pattern from 97.71. For now, we’re no seeing any clear sign of upside break out yet. Hence such consolidation is mildly in favor to extend. Sustained break of 55 day EMA (now at 96.74) will start the third leg back to 95.02 support. Though, firm break of 97.71 will confirm resumption of whole up trend from 88.25 (2018 low).

Strong rally in iron ore price is a key factor underpinning Australian Dollar’s strength last week. Increased demand from Chinese steelmakers and declining supplies from producers are seen as the major driving factors. It’s noted that global iron ore market is facing a short fall of around 34m tonnes this year, with disruptions of supply in Brazil and Australia. The current rally price could extend well into second half should a technical level at 95.61 be taken out decisively. 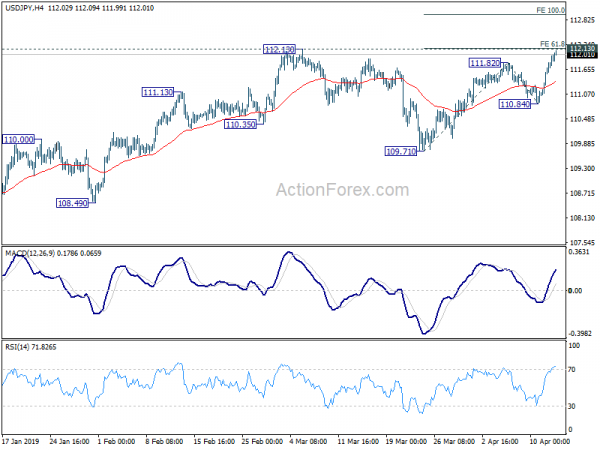 In the bigger picture, medium term outlook in USD/JPY remains a bit mixed as it’s staying inside falling channel from 118.65, but there are signs of bullish reversal. On the upside, break of 114.54 resistance will revive the case the corrective fall from 118.65 has completed with three waves down to 104.69. And whole rise from 98.97 (2016 low) is resuming for 118.65 and above. But before that, outlook stays neutral first. 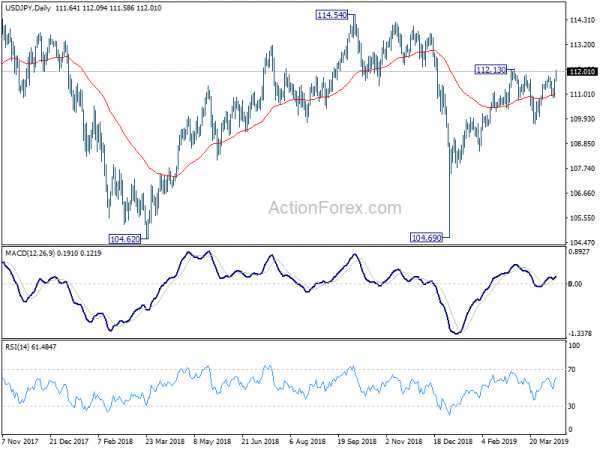 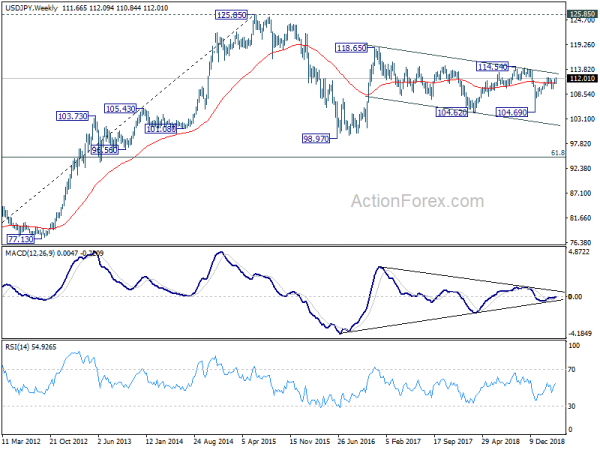 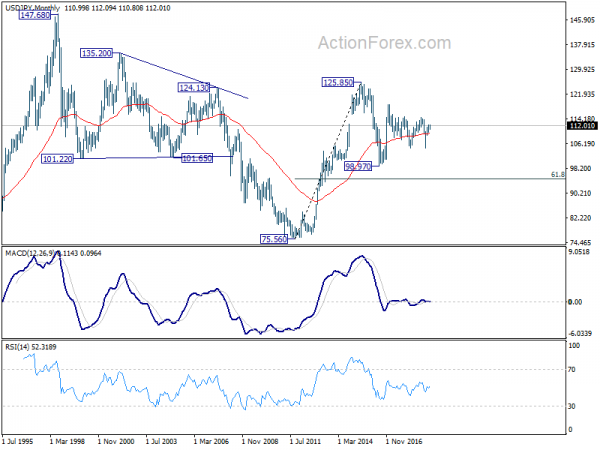