Fear of China’s coronavirus outbreak was the major theme in the global markets last week. At the time of writing, number of confirmed cases were close to 12000. While the majority of the infected in China, the virus has spread to at least 23 countries already. And, most important, there appears to be no sign of a slow down yet. Global equities suffered crash-mode selloff while safe haven flows pushed bond yields sharply lower.

In the currency markets commodity currencies ended as the weakest naturally, with Australian Dollar leading the way. European majors were the strongest, as led by Sterling. However, it should be noted that after late selloff, Dollar has indeed ended as the fourth weakest. Traders drastically increased their bets on a Fed rate cut, on follow stocks and yields, as well ass worsening yield curve inversion. There are also talks that China wouldn’t be able to fulfil it’s trade obligations to the US considering the trouble it’s facing. 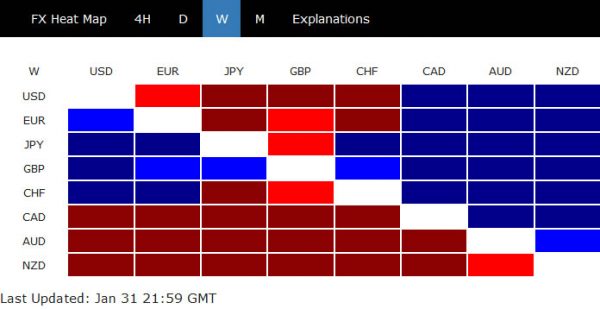 Market pricing in 60% chance of Fed cut by June

Fed funds futures are now pricing in 25.67% chance of a rate cut by Fed in March, up from just 3.84% a week ago. Taking a slightly longer perspective, there is now 59.9% chance of a rate cut by June meeting, up from 28% a week ago, and 14% a month ago. Such drastic change in expectation is believed to be the main drive of the late selloff in dollar. 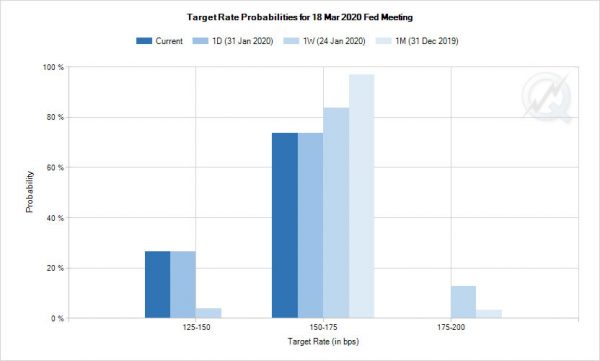 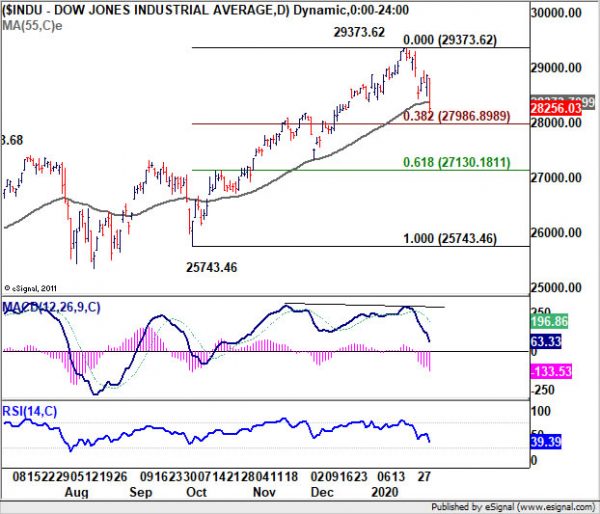 However, if there is no positive breakthrough in halting the coronavirus outbreak, the above mentioned fibonacci support would likely be taken out with ease. That would in turn argue that fall fro m29373.63 is corrective the whole rise from 21712.53. In that case, a test on 55 week EMA (now at 26920.27) should at least be seen. 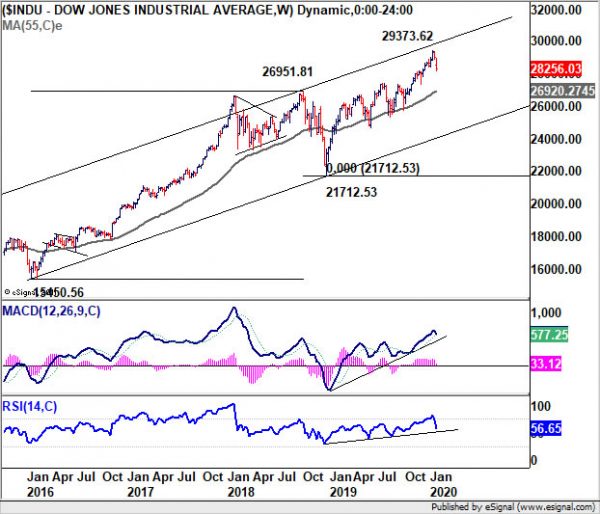 Yield curve inversion worse, TNX to draw support from 1.429, or not?

US treasury yield also declined steeply on safe haven flows. Yield curve inversion is getting somewhat steeper too, with especially between 6-month and 5-year. Further decline in 10-year yield will also drag the inverted curve further downwards. And, we might then start to hear Fed officials express their concerns about it. 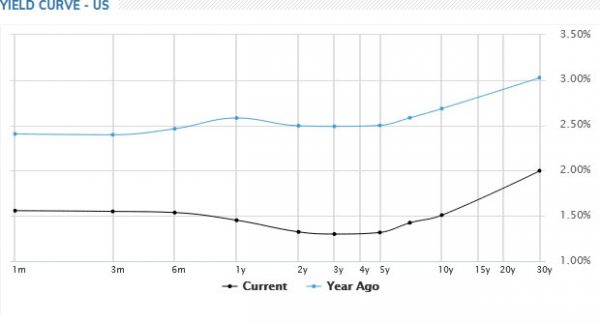 10-year yield’s decline accelerated to close at 1.520 last week. For now, we’re still looking at strong support from 1.429 low to bring rebound. Break of 1.655 will be the first sign of short term bottoming. However, sustained break of 1.429 will put 1.336 low into focus, and raise the chance of decade-long down trend resumption. 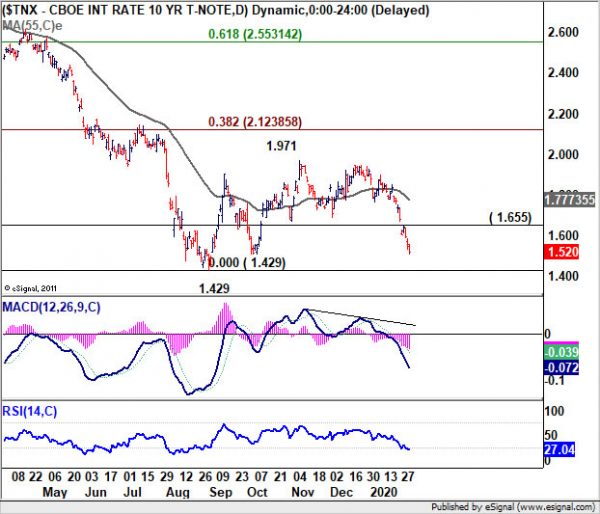 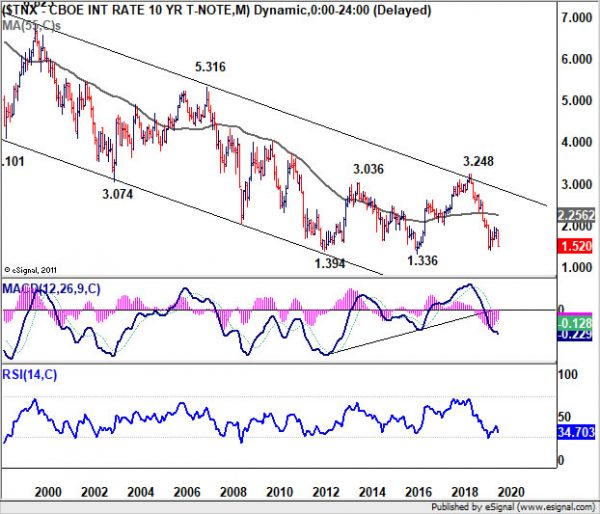 Dollar index edged higher to 98.18 last week but reversed from there and dropped sharply to close at 97.39. The development dampened our original bullish view, and suggests that corrective fall form 99.66 is still in progress. Focus is back on 97.08 support and break will target 96.35 and below. That could happen if we declines in stocks and yields intensify while bets on Fed cut surge. 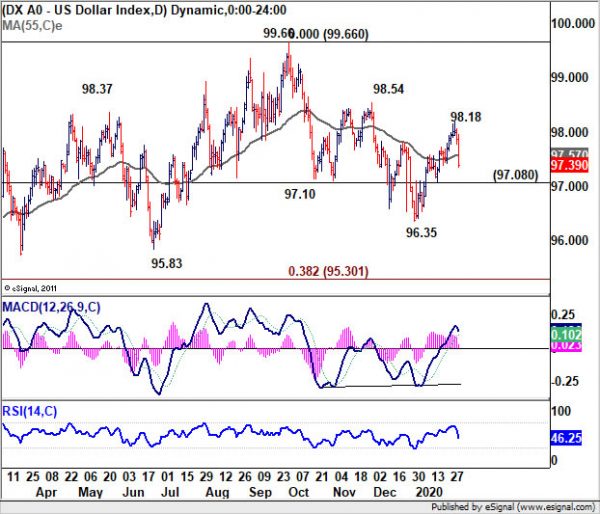 Nevertheless, even in that case, downside should be contained by 38.2% retracement of 88.26 to 99.66 at 95.30 to bring rebound. No economy is immune if the coronavirus outbreak worsen. 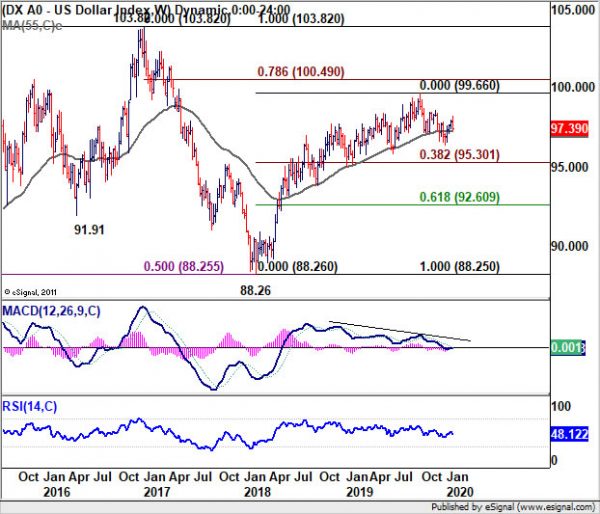 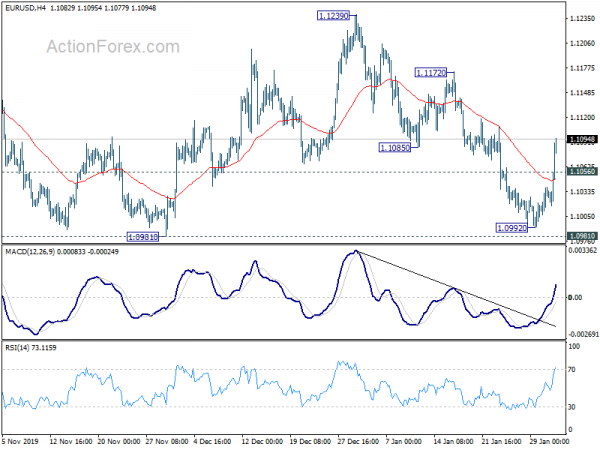 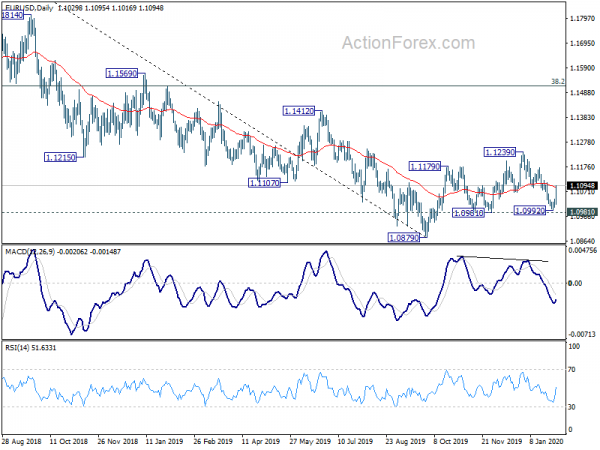 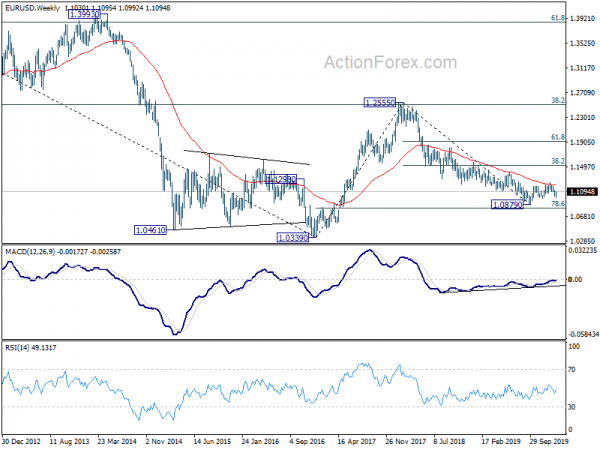 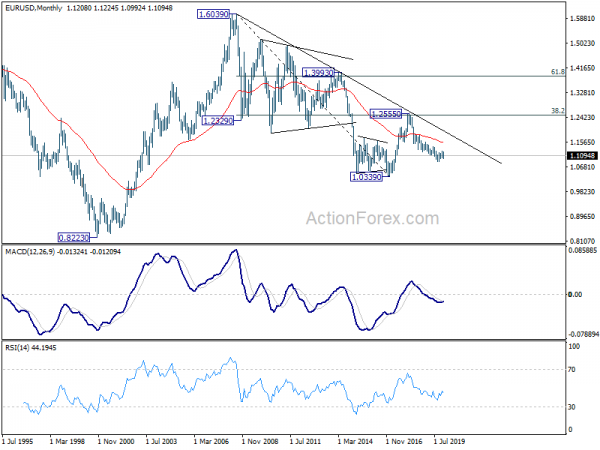