Outbreak of China’s Wuhan coronavirus continued to be a big market mover last week. According to China’s own numbers, new cases in the country seemed to have slowed even though new daily deaths maintained at around 100 level. What’s worrying is that contagion to other countries, in particular Asia, is getting alarmingly serious. In particular, number of infections in South Korea skyrocketed to 433 as of Saturday. Excluding Diamond Princess liner, cases in Japan also reached 100 while Singapore at 86 is not far behind. Five deaths are record in Iran, making it the largest outside of China. The coronavirus has now spread to over 30 countries including Taiwan.

Global financial markets turned into risk-off mode, in particular towards the end of the week, with heavy safe haven flows into Gold and US treasuries. Yen ended as the weakest one as the coronavirus contagion creates economic and political uncertainties Japan. Even the 2022 Summer Olympic could now be in jeopardy. Australian dollar followed as next weakest as rebound in unemployment rate added to the case of April RBA easing. Swiss Franc was the strongest one on risk aversion, followed by Canadian Dollar. Dollar was originally one of the strongest, but ended mixed, partly due to profit taking, falling yields, and speculations of Fed cut. 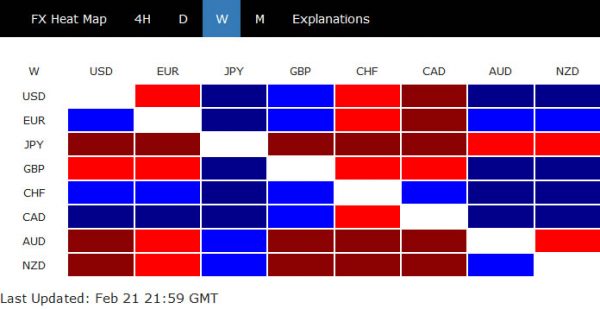 Dollar index originally surged last week to as high as 99.91, resuming long term up trend from 88.26 (2018 low). However, the index pared back much of recent gains on towards the end, after markets increased bet on a Fed rate cut this year (60% chance by June meeting). There seems to be some concern on the impact to the US economy, from the outbreak of China’s coronavirus, which is spreading to Asia. Safe haven flows turned more into gold instead, while free fall in yields also weighed. 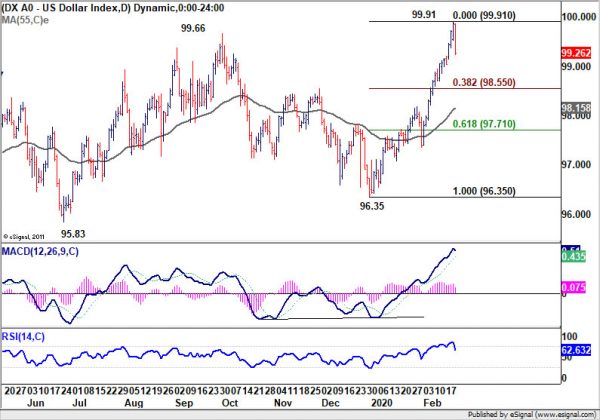 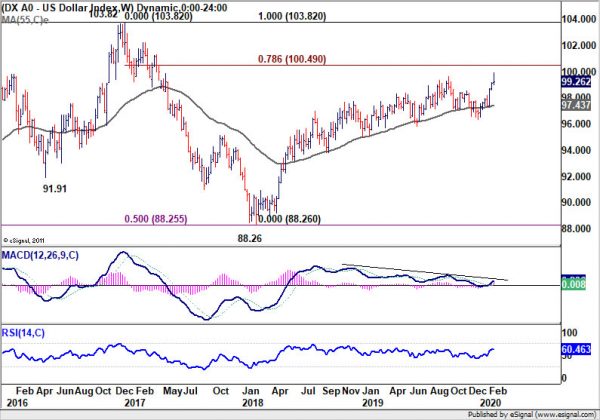 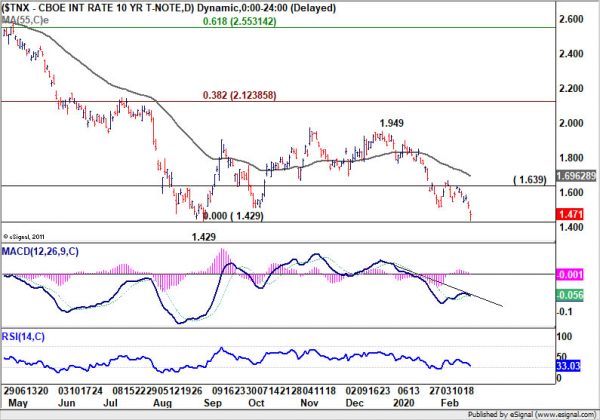 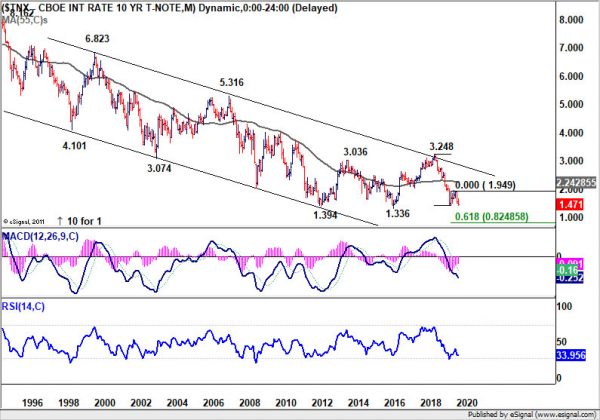 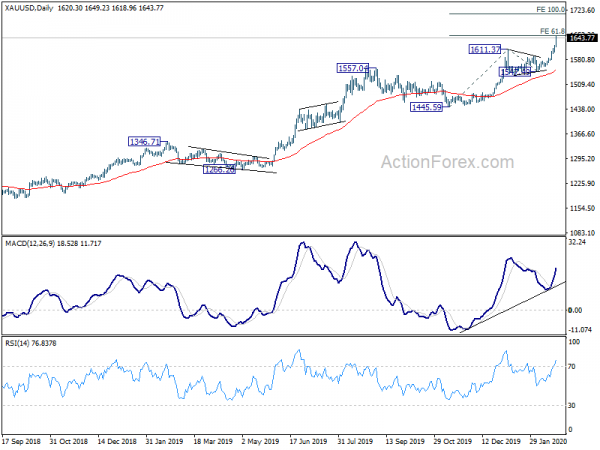 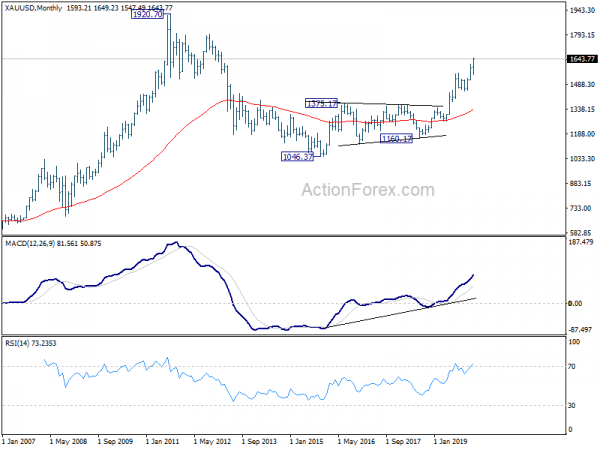 Fortune of Swiss Franc and Yen diverged totally in a relatively unusual situation. Yen suffered deep selling pressure due to contagion of coronavirus outbreak. While the majority of the 751 confirmed cases were mainly found in Diamond Princess liner, local cases of 100 and 3 deaths are already alarming.

BoJ Governor Haruhiko Kuroda already warned of the impact on exports, production, and tourism. Organizers for the Tokyo 2020 summer Olympics even postponed volunteer training that was scheduled to begin on Saturday. Prime Minister Shinzo Abe is under political pressure on his handling of the outbreak, in addition to the impact of last year’s sales tax hike. 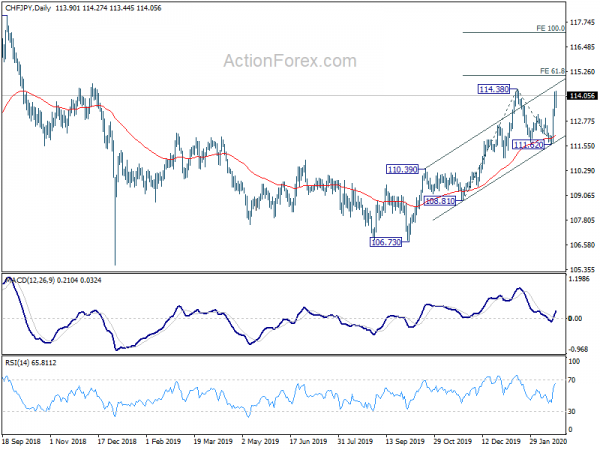 AUD/USD dropped to as low as 0.6586 last week as larger down trend finally resumed. As a temporary low was formed, initial bias is turned neutral this week for some consolidations first. But upside of recovery should be limited well below 0.6750 resistance to bring fall resumption. Break of 0.6586 will extend recent decline. 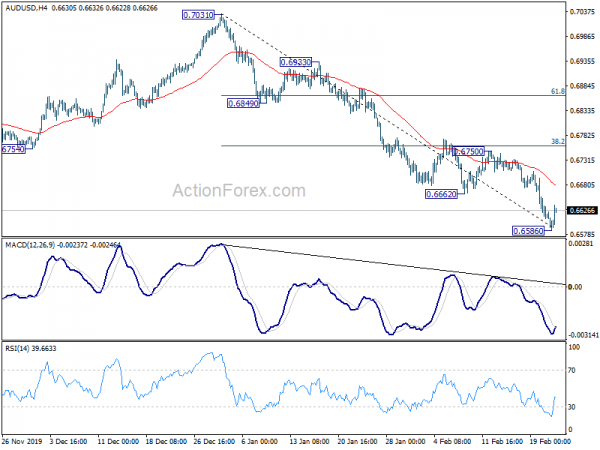 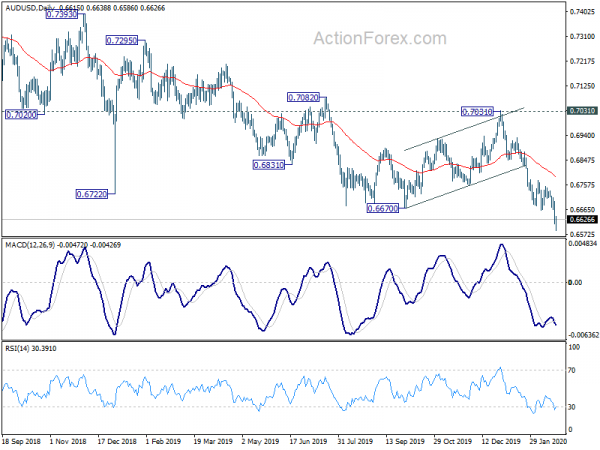 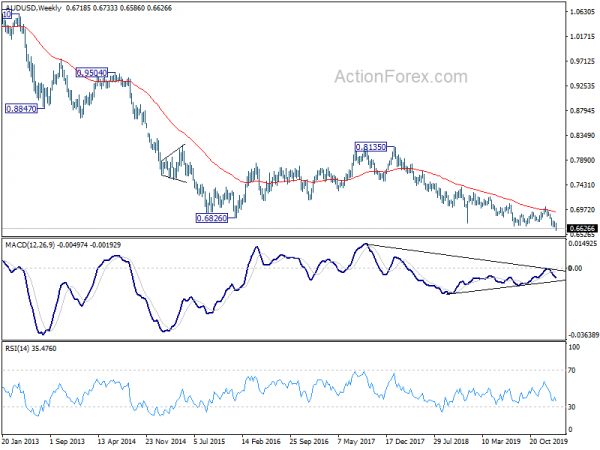 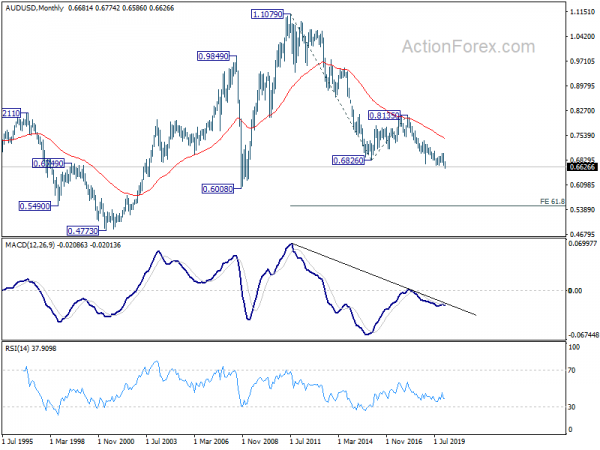